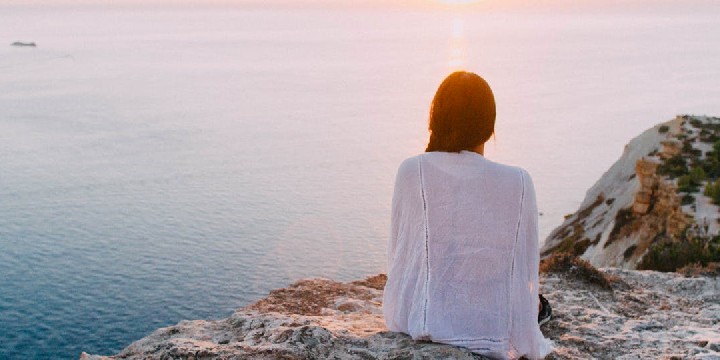 If you made a mistake and lack the courage to try again, read these second chance quotes and shift your perspective!

Making mistakes is normal. It’s a natural part of human life, and to say that you don’t make mistakes is a denial of your humanity and psyche.

Sadly, this truth is not practiced that often. When people make mistakes, instead of trying once more, they end up being too afraid to try again. They get stuck in the mindset that if they fail once, they will fail again.

In this case, we must shift everyone’s perspective into something that’s more accepting of one’s missteps. After all, every new day is a second chance presented to us. It’s another chance and another day to do better than before.

So, to help you shake off your negative thoughts about failure, we’ve compiled the best second chance quotes out there. Read through to the end and find the encouragement you need to try once more!

Continue to the complete collection below.

And don’t forget to check out these looking forward quotes and blaming others quotes.

1. “We all make mistakes; everybody should be given a second chance.” – Lailah Gifty Akita

2. “Sometimes life gives you a second chance, or even two! Not always, but sometimes. It’s what you do with those second chances that count.” – Dave Wilson

4. “Sometimes things make more sense the second time around. People change, you change, and the universe changes. If we keep ourselves confined to first chances only, we will truly miss out on some of the most beautiful things in life.” – Rania Naim

5. “We all have big changes in our lives that are more or less a second chance.” – Harrison Ford

6. “If you ever get a second chance in life for something, you’ve got to go all the way.” – Lance Armstrong

7. “Life is giving us a second chance to right our wrongs. But we can’t if we don’t start with the truth.” – Zøe Haslie

8. “A second chance doesn’t mean you’re in the clear. In many ways, it is the more difficult thing. Because a second chance means that you have to try harder. You must rise to the challenge without the blind optimism of ignorance.” – Ling Ma

9. “We all deserve second chances, but not for the same mistake.” – Thabiso Owethu Xabanisa

10. “If you fail today, there is always tomorrow to try again. You always have that second chance tomorrow.” – Avina Celeste

11. “Sometimes in life, you’re not always given a second chance, but if you do, take advantage of it, and go out with a bang!” – Aquaria

13. “Second chances do come your way. Like trains, they arrive and depart regularly. Recognizing the ones that matter is the trick.” – Jill A. Davis

Second Chance Quotes That’ll Encourage You to Do Better

15. “That is what life is about. We do not get redos, but we do get second chances.” – Jeffrey Fry

16. “Second chances appear like a gift left at our doorstep.” – Holly Elissa Bruno

17. “Having a second chance makes you want to work even harder.” – Tia Mowry

18. “Let tomorrow be your second chance to prove that you are better than today and yesterday.” – Ritu Ghatourey

19. “If somebody is gracious enough to give me a second chance, I won’t need a third.” – Pete Rose

20. “Not everyone gets a second chance. If you do get one, take advantage of it because it’s a gift, and it may be something better than you had before!” – Nishan Panwar

21. “If you are still breathing, you have a second chance.” – Oprah Winfrey

22. “Every second chance I have witnessed or experienced is a momentary miracle.” – Holly Elissa Bruno

23. “Every moment of your life is a second chance.” – Rick Price

Second Chance Quotes to Reflect On

27. “A second chance doesn’t mean anything if you didn’t learn from your first.” – Anurag Prakash Ray

28. “We’re given second chances every day of our life. We don’t usually take them, but they’re there for the taking.” – Andrew M. Greeley

29. “Sometimes you were handed a second chance, and all you had to do was close your eyes and step into it.” – Jean Oram

30. “Because this is what I believe—that second chances are stronger than secrets. You can let secrets go. But a second chance? You don’t let that pass you by.” – Daisy Whitney

Second Chance Quotes That Will Elevate Your Mind

31. “Sometimes you don’t get a second chance. You need to take a chance when you have the opportunity. Always.” – Gavin MacLeod

32. “Every second, we have a second chance to do something we haven’t done yet. That’s why it’s called a second and not a first.” – Robert J. Braathe

33. “Whatever problems we had back then don’t exist anymore. It’s why we have this second chance, and we can’t throw it away.” – Michelle Maddow

35. “This has been my life. I have found it worth living, and would gladly live it again if the second chance were offered me.” – Bertrand Russell

Second Chance Quotes for Those Who Fear Failure

36. “People do make mistakes, and I think they should be punished. But they should be forgiven and given the opportunity for a second chance. We are human beings.” – David Millar

37. “Never be afraid to start over. It’s a new chance to rebuild what you want. You’re fortunate if you’re given a second chance.” – Malika Nura

38. “If you have made mistakes, even serious ones, there is always another chance for you. What we call failure is not the falling down but the staying down.” – Mary Pickford

39. “There’s nothing as exciting as a comeback—seeing someone with dreams, watching them fail, and then getting a second chance.” – Rachel Griffiths

41. “No one can claim perfection; that’s why everyone needs a second chance ad infinitum.” – Bangambiki Habyarimana

42. “I can’t tell whether a revived man would appreciate his second chance or yearn for the stolen serenity.” – Ahmed Mostafa

43. “Choosing to be open to as many second chances as your heart can bear changes everything.” – Holly Elissa Bruno

44. “All discarded lovers should be given a second chance, but with somebody else.” – Mae West

45. “Once you stop being in love with someone completely, that’s when you should check out of the relationship. But when you fall in love with someone a second time, it means that you’re seeing them with a fresh pair of eyes. You’re re-remembering all the things that turned you on to them in the first place.” – Madison Moore

46. “But second chances aren’t forever. Even miracles have an expiration date.” – Robyn Schneider

47. “A second chance will never be able to heal the wound of the first one.” – Laura Chouette

48. “To take that second chance, we need to notice where we are and be open to the possibility of growing.” – Holly Elissa Bruno

49. “It’s about second chances, Neil. Second, third, fourth, whatever, as long as you get at least one more than what anyone else wanted to give you.” – Nora Sakavic

50. “Basically, a second chance is a ‘do over,’ an opportunity to make an additional effort at accomplishing something or reaching a goal after you’ve failed at least once.” – Robert Moskowitz

Do You Believe That Every Day Is Another Chance to Set Things Right?

We are all human. This means we are all prone to making mistakes; we are not perfect and never will be. That’s why you must remember that there’s always a chance to do better the next time.

Second chances are there to give people hope. Through their existence, we become less hard on ourselves and allow ourselves time and room to grow. After all, as humans, we are continuously growing with every breath we take.

However, though every day is a second chance, we should never take advantage of it. Second chances won’t always be there because our time on this planet is limited. So, make the most of every moment, always do your best, and keep your loved ones close.

With that, we hope this list of quotes was able to help you understand just how life-changing second chances are. When given one, grab the opportunity and do better than you did before!