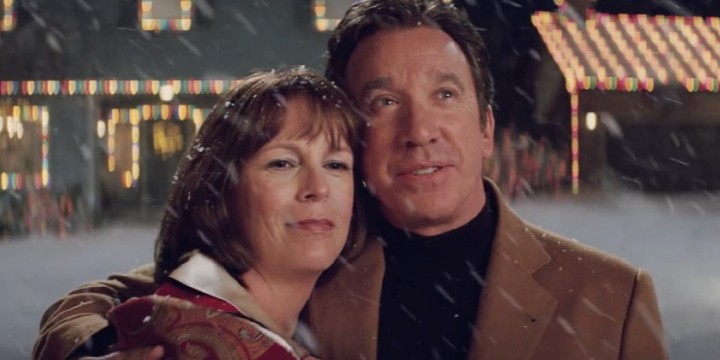 Here are some Christmas with the Kranks quotes that’ll make you understand why no one should be left out when this holiday comes!

Everyone who feels like Christmas is a chore should watch this movie. It tells the story of a couple who plans to skip Christmas since their daughter is away anyway. At their age, it’s understandable that they find the holiday tasks a hassle.

This feeling is something we can all relate to. When we’re adults, the magic of Christmas seems to have dissipated, and we’re left with endless gift shopping and decorating. However, is this what this holiday is really about?

The Kranks’s neighbors don’t let them skip Christmas for a good reason. At the movie’s end, Luther and Nora go outside in the snow to observe the merry events inside their home. It’s clear that they both realized what the holiday truly meant and that no hassle will ever be compared to the joy it brings.

If you’re a fan of Christmas with the Kranks, you’ll love the quotes we’ve gathered. Read on and find your favorite lines from this classic movie!

And don’t forget to check out these Love Hard quotes and The Nightmare Before Christmas quotes.

Best Christmas with the Kranks Quotes

1. “Santa always has to work on Christmas eve.” – Marty

3. “People in a community stick together, even if one of them has been behaving for most of the holiday season like a spoiled, selfish, little baby.” – Vic Frohmeyer

4. “Blair is coming home for Christmas. And she’s bringing her boyfriend!” – Vic Frohmeyer

6. “You’re skipping Christmas! Isn’t that against the law?” – Spike Frohmeyer

Luther Krank: “What happened to the hickory honey ham?”

Christmas with the Kranks Quotes That Are Simply Unforgettable

10. “This isn’t a joke. This is military. This is SEAL stuff. I saw it on Discovery channel.” – Luther Krank

13. “I’m speechless! And your father is probably overwhelmed.” – Nora Krank

14. Spike Frohmeyer: “Are you sure this isn’t illegal?”

Luther Krank: “Are you a cop?”

Christmas with the Kranks Quotes to Add to Your Must-Reads

15. Nora Krank: “Why would we want to get tans before the cruise? I thought the idea was to get them during the cruise.”

Luther Krank: “Look at us; we kind of look like uncooked chicken.”

Daisy: “You look like a corpse. And you could use some help too.”

16. Walt Scheel: “Does this mean we have to start being nice to each other?”

Luther Krank: “Of course not.”

Walt Scheel: “Good, ’cause I still don’t like you that much.”

Luther Krank: “They didn’t have any.”

Nora Krank: “Did you talk to Rex?”

Luther Krank: “As odd as it sounds, I didn’t think to ask the butcher where the chocolate was!”

Nora Krank: “We save money?”

Did This List Leave You With New Insights Into This Holiday?

Christmas with the Kranks is a relatable movie, especially if you’re not celebrating with any kids. After all, everything just seems to light up when you’re a kid or if there’s a kid around. On the contrary, life’s harsh reality can wake you up to the world’s coldness when you’re an adult.

Thankfully, this Christmas movie will rekindle our hope and love for this holiday. Every scene tells us about the value of community, compassion, and selflessness.

The Kranks could have successfully skipped Christmas if it were not for their neighbors. The people around them were adamant that they should never let this holiday go by. Thus, they went to extreme lengths to help the Kranks, showing the true spirit of a community.

Through this, they could also highlight the holiday’s essence. It’s about having a sense of belongingness with the people around you. More than being a season of gift exchanges, Christmas is about love.

So, the next time you feel alone, watch Christmas with the Kranks again or read this list of its best quotes. You’ll find the true meaning of community and belongingness once you do!