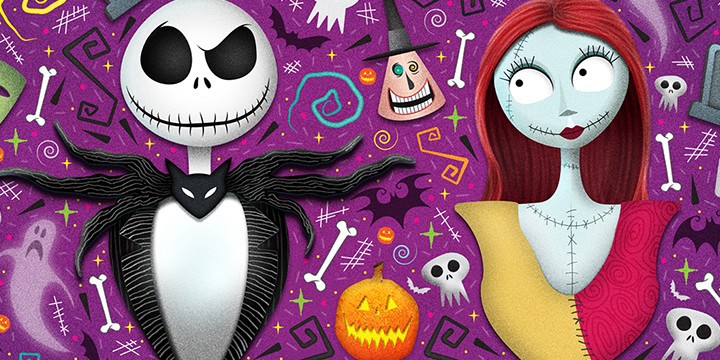 These top 30 The Nightmare Before Christmas quotes will add a lot more color to the days leading up to Halloween and Christmas!

Sometimes, society puts us in roles we don’t really like. However, as the saying goes, “We all have a place in this world.” To go against it would sometimes lead to destructive consequences.

In The Nightmare Before Christmas, Jack Skellington, the Pumpkin King, discovers the wonders of Christmastime. He wanted to do away with his role that’s seemingly all bleak and dark to spread joy to the world. However, when he left his post to take over Santa Claus’s job, he put people in jeopardy and gave some good boys and girls nightmares.

He might have meant well, and he might have only wanted a change in scenery. However, the end will never justify the means. The way Jack Skellington tried to reach his goal wasn’t proper, and he failed to think through the consequences his actions might entail.

So, while The Nightmare Before Christmas is a movie that’ll be a hit for the younger generation, don’t forget that it can teach adults a bunch of lessons, too. Read on to find out more!

And also don’t forget to check out these A Christmas Story quotes and It’s a Wonderful Life quotes.

Best The Nightmare Before Christmas Quotes

1. “And I, Jack, the Pumpkin King, have grown so tired of the same old thing.” – Jack Skellington

2. “Just because I cannot see it, doesn’t mean I can’t believe it!” – Jack Skellington

3. “Oh, there’s an emptiness in my bones, that calls out for something unknown.” – Jack Skellington

4. “Yeah, I guess so. Just like last year. And the year before that.” – Jack Skellington

5. “This year, Christmas will be ours.” – Jack Skellington

6. “Forgive me, Mr. Claus. I’m afraid I’ve made a terrible mess of your holiday.” – Jack Skellington

7. “Why does nothing ever turn out like it should?” – Jack Skellington

8. “Well, I may as well give them what they want.” – Jack Skellington

10. “That’s not my Christmas! My Christmas is filled with laughter and joy.” – Jack Skellington

11. “Consider this a vacation, Santy. A reward. It’s your turn to take it easy.” – Jack Skellington

12. “For it is plain as anyone can see, we’re simply meant to be.” – Jack Skellington

The Nightmare Before Christmas Quotes to Reminisce About Your Childhood

16. “Since I am dead, I can take off my head to recite Shakespearean quotations.” – Jack Skellington

17. “Now don’t be modest. Who else is clever enough to make my Sandy Claws outfit?” – Jack Skellington

18. “’Twas a long time ago, longer now than it seems, in a place that perhaps you’ve seen in your dreams. For the story that you are about to be told took place in the holiday worlds of old. Now, you’ve probably wondered where holidays come from. If you haven’t, I’d say it’s time you began.” – Santa Claus

19. “I sense there’s something in the wind, that feels like tragedy’s at hand. And though I’d like to stand by him, can’t shake this feeling that we have. The worst is just around the bend, and does he notice my feelings for him? And will he see how much he means to me? I think it’s not to be.” – Sally

20. “Kidnap the Sandy Claws, beat him with a stick. Lock him up for fifty years, see what makes him tick!” – Lock, Shock, and Barrel

21. “That’s twice this month you’ve slipped deadly nightshade into my tea and run off.” – Dr. Finkelstein

23. “You know, I think this Christmas thing is not as tricky as it seems! But why should they have all the fun? It should belong to anyone! Not anyone, in fact, but me! Why, I could make a Christmas tree! And there’s not a reason I can find; I couldn’t have a Christmastime! I bet I could improve it, too! And that’s exactly what I’ll do!” – Jack Skellington

24. Mayor of Halloween Town: “How horrible our Christmas will be.”

Jack Skellington: “No! How jolly.”

Mayor of Halloween Town: “Oh. How jolly our Christmas will be.”

More The Nightmare Before Christmas Quotes for a Spooky Night

25. “And I just can’t wait until next Halloween ‘cause I’ve got some new ideas that will really make them scream. And by God, I’m really gonna give it all my might!” – Jack Skellington

26. “This is Halloween, everybody make a scene!” – The Ghosts

27. “Say it once, say it twice, take a chance and roll the dice. Ride with the moon in the dead of night.” – The Witches

29. “I’m a master of fright, and a demon of light, and I’ll scare you right out of your pants.” – Jack Skellington

30. “I am the shadow on the moon at night, filling your dreams to the brim with fright.” – Oogie Boogie

Did These The Nightmare Before Christmas Quotes Teach You Anything New Today?

It’s normal for people to want to try something new. This is especially so if they’ve been doing the same thing for years. They might just want a change of scenery or a chance to experience something they’ve never done before.

There’s nothing inherently wrong with this. But, before we do anything—whether it’s new or not—we should first think about how our actions would affect others. Remember, everything we do causes ripples of change in the universe; if we don’t think before we act, then we might jeopardize those around us.

This is exactly what Jack Skellington failed to do in The Nightmare Before Christmas. He only lived his life in Halloween Town—a dark place that’s void of joy and color. So, when he discovered Christmas Town, he felt like he had found a whole new world.

Sadly, he rushed into things and didn’t think his actions through. This then caused lots of negative effects on the world he lived in. Just through this, it’s clear that we should all learn to be more accountable and responsible for our actions.

Always remember that the world doesn’t only revolve around you. You’re free to explore the world, but never forget to first reflect and check the possible consequences of what you’re planning to do. And, whenever you need a guide, just remember the lessons you’ve learned from this list of The Nightmare Before Christmas quotes!