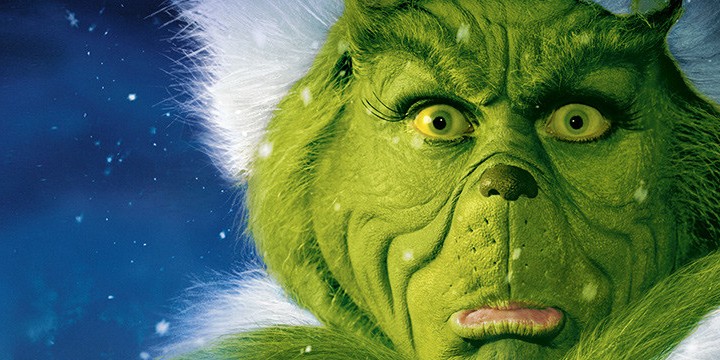 If you’re looking for something that can take you back to your childhood and get you into the Christmas spirit, then these Grinch quotes are must-reads before the holidays!

The Grinch has a rather complex and nasty character, but Christmas wouldn’t be complete without a rerun of How the Grinch Stole Christmas and The Grinch movie, released last 2018.

Sure, he might just be the complete opposite of what Christmas stands for, but throughout the movie and the book, you’ll realize that there’s much more to be understood of the Grinch.

And make sure to check out these Dr. Seuss quotes and Jim Carrey quotes.

2. “I don’t need anything more for Christmas than this right here—my family.” – Lou Lou Who

4. “Saving you, is that what you think I was doing? Wrong-o. I merely noticed that you’re improperly packaged, my dear.” – The Grinch

5. “No one should be alone on Christmas.” – Cindy Lou Who

10. “I could use a little social interaction.” – The Grinch

14. “Kids today—so desensitized by movies and television.” – The Grinch

15. “Stupid. Ugly. Out of date. This is ridiculous. If I can’t find something nice to wear, I’m not going.” – The Grinch

17. “If you utter so much as one syllable, I’ll hunt you down and gut you like a fish! If you’d like to fax me, press the star key.” – The Grinch

18. “No matter how different a Who may appear, he will always be welcomed with holiday cheer.” – Cindy Lou Who

Grinch Quotes on Christmas and the Holidays

24. “And they’ll feast, feast, feast, feast. They’ll eat their Who-pudding and rare Who-roast Beast. But that’s something I just cannot stand in the least. Oh, no. I’m speaking in rhyme!” – The Grinch

26. “I could hang myself with all the bad Christmas neckties I found at the dump.” – The Grinch

27. “Blast this Christmas music. It’s joyful and triumphant.” – The Grinch

28. “For fifty-three years, Christmas has brought me nothing but misery. I know just what to do. I become Santa Clause to steal their Christmas. If he could deliver it one night, then I can steal it.” – The Grinch

29. “The Grinch hated Christmas—the whole Christmas season. Oh, please don’t ask why, no one quite knows the reason. It could be, perhaps, that his shoes were too tight. It could be his head wasn’t screwed on just right. But I think that the most likely reason of all may have been that his heart was two sizes too small.” – Dr. Suess

30. “Christmas will always be as long as we stand heart to heart and hand in hand.” – Dr. Seuss

32. “I am the Grinch that stole Christmas, and I’m sorry. Aren’t you going to cuff me? Beat me up? Blind me with pepper spray?” – The Grinch

33. “All right, you’re a reindeer. Here’s your motivation—your name is Rudolph, you’re a freak with a red nose, and no one likes you. Then, one day, Santa picks you and you save Christmas. No, forget that part. We’ll improvise. Just keep it kind of loosey-goosey. You hate Christmas! You’re gonna steal it. Saving Christmas is a lousy ending, way too commercial.” – The Grinch

34. “Beautiful, isn’t it, Max? This, my little friend, is the Rein-Horn. It perfectly recreates the mating call of the reindeer. Behold.” – The Grinch

35. “What a great Grinchy trick. With this coat and this hat, I’ll look just like Saint Nick!” – The Grinch

36. “Brilliant. You reject your own nose because it represents the glitter of commercialism. Why didn’t I think of that? Cut, print, moving on.” – The Grinch

38. “Look at those greedy little monsters. Loading themselves up with Christmas junk.” – The Grinch

39. “Believe you me, there will be temptation all around us. Behold! The present.” – The Grinch

Grinch Quotes on Community and Morals

41. “One man’s toxic waste is another man’s potpourri.” – The Grinch

42. “With a smile to his soul, he descended Mount Crumpit, cheerily blowing, ‘Who! Who!’ on his trumpet.” – Dr. Seuss

43. “The avarice never ends! I want golf clubs. I want diamonds. I want a pony so I can ride it twice, get bored, and sell it to make glue.” – The Grinch

Did These Quotes Get You Into the Christmas Spirit?

Across all platforms, they portrayed the Grinch as a mean and vengeful person who hates Christmas. However, as the story progressed, we see that he was actually just misunderstood.

We’re able to follow the Grinch’s journey to discovering many new things he’s yet to learn about Christmas—which in the end made him believe in love, a sense of community, and the spirit of Christmas. From the Grinch we learn that Christmas is a state of mind and a feeling—a time when we should focus on joy and welcome others, regardless of our differences.

What other lessons did you pick up from watching The Grinch as a child? Did any of your favorite lines make it to our list? Let us know in the comments section below.