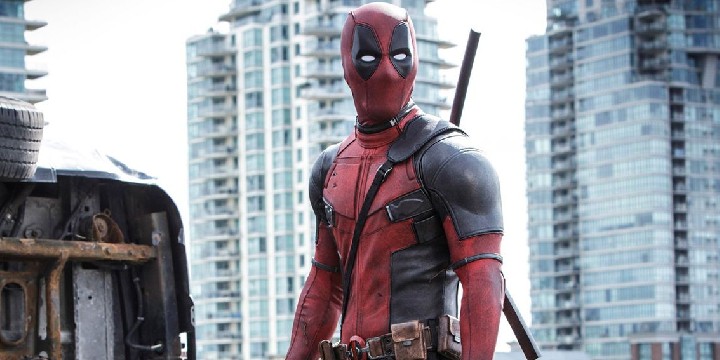 These Deadpool quotes are perfect if you want nuggets of wisdom from one of the most unique characters ever created.

Deadpool is such a refreshing character. He’s an antihero, and you’ll sometimes see him as a bad guy. His unique personality no doubt makes viewers love him even more, resulting in two sequels following the 2016 release.

The third installment is scheduled to be released in 2024. That’s too long for us to wait for Deadpool to grace our screens again. So, if you want to be reminded of his most fantastic scenes and lines, read our list of quotes below, which contains quotes from both movies!

We’re optimistic that the lines in this list will make you laugh and think hard about life, society, and love. You’ll also get a glimpse of Deadpool’s personality and understand how he’s seen as goofy, humorous, and sometimes insane!

3. “Listen, Al, if I never see you again, I want you to know that I love you very much. I also buried 1,600 kilos of cocaine somewhere in the apartment—right next to the cure for blindness. Good luck.” – Deadpool

4. “You’re probably thinking, ‘My boyfriend said this was an antihero movie, but that guy in the red suit just turned that other guy into a f*cking kabab!’ Well, I may be super, but I’m no hero. And yeah, technically, this is a murder. But some of the best love stories start with a murder. And that’s exactly what this is, a love story. And to tell it right, I gotta take you back to long before I squeezed this *ss into red spandex.” – Deadpool

5. Deadpool: “You know what we need to do? We need to build a f*cking team. We need ’em tough, morally flexible, and young enough so they can carry this franchise for 10-12 years.”

Dopinder: “My body is an instrument of death.”

6. “Life is an endless series of trainwrecks with only brief commercial-like breaks of happiness.” – Deadpool

7. “Doing the right thing is messy. You want to fight for what’s right, sometimes you have to fight dirty.” – Deadpool

9. “So dark. Are you sure you’re not from the DC universe?” – Deadpool

10. “I know, right? You’re probably thinking, ‘Whose balls did I have to fondle to get my very own movie?’ I can’t tell you his name, but it rhymes with ‘Polverine.’ And let me tell you, he’s got a nice pair of smooth criminals down under.” – Deadpool

Funny Deadpool Quotes to Read Over and Over

13. “From the studio that inexplicably sewed his f*cking mouth shut the first time comes five-time Academy Award viewer, Ryan Reynolds in an eHarmony date with destiny. Ladies and gentlemen, I give you—me! Deadpool.” – Deadpool

Deadpool: “Oh, like there’s something wrong with eating before sundown or saving money. No, you know that bad guy that you let go? He’s got my girl. You’re gonna help me get her back.”

Colossus: “Wade, is that you?”

Deadpool: “Yeah, it’s me, Deadpool, and I got an offer that you can’t refuse. I’m gonna wait out here, okay? It’s a big house. It’s funny that I only ever see two of you. It’s almost like the studio couldn’t afford another X-Man.”

15. “I had another Liam Neeson nightmare. I kidnapped his daughter, and he just wasn’t having it. They made three of those movies; at some point, you have to wonder if he’s just a bad parent.” – Deadpool

Deadpool: “Negasonic Teenage—what the sh*t? That’s the coolest name ever!”

Deadpool Quotes That You Won’t Get Enough Of

18. “F*ck Wolverine. First, he rides my coattails with the R-rating, and then, that hairy motherf*cker ups the ante by dying. What a dick. Well, guess what, Wolvie? I’m dying in this one, too.” – Deadpool

20. “If I ever decide to become a crime-fighting sh*t-swizzler who rooms with a bunch of other little whiners at Neverland Mansion with some creepy, old, bald, Heaven’s Gate-looking motherf*cker. On that day, I’ll send your shiny, happy-*ss a friend request.” – Deadpool

Deadpool: “Looks are everything! Ever heard Dave Beckham speak? It’s like he mouth-sexed a can of helium. You think Ryan Reynolds got this far with a superior acting method?”

Deadpool: “About why we’re so good together.”

Vanessa Carlysle: “Why is that?”

24. “Your right leg is Thanksgiving, and your left leg is Christmas. Can I come and visit you between the holidays?” – Deadpool

25. “You don’t need to be an antihero to get the girl. The right girl will bring out the hero in you.” – Deadpool

Deadpool Quotes That’ll Tell You More About His Character

Weasel: “And killing them. I know; I saw your Instagram.”

29. Colossus: “You will come talk with Professor Xavier.”

Deadpool: “McAvoy or Stewart? These timelines can get so confusing.”

30. Vanessa Carlysle: “So, am I supposed to just smile and wave you out the door?”

Deadpool: “Think of it like spring cleaning. Only if spring was death. God, if I had a nickel for every time I spanked it to Bernadette Peters.”

Deadpool: “You’re right. Cancer is only in my liver, lungs, prostate, and brain. All the things I can live without.”

31. “You might be wondering why the red suit. Well, that’s so bad guys don’t see me bleed.” – Deadpool

Weasel: “That’s the sh*t emoji. You know, the turd with the smiling face and the eyes? I thought it was chocolate yogurt for so long.”

34. Deadpool: “Love is a beautiful thing. When you find it, the whole world smells like daffodil daydream. So you gotta hold on to love—tight! And never let go. Don’t make the same mistakes I did. Got it?”

Deadpool: “Or the whole world tastes like Mama June after hot yoga.”

35. “Well, I want to remember us. I swear to God, I will find you in the next life, and I’m going to boom-box Careless Whisper outside your window.” – Vanessa Carlysle

How Would You Rank Deadpool in Your List of Your Favorite Heroes?

Deadpool is seen as many things. A few see him as a superhero, and some see him as a villain, but what he really is is an antihero. He’s goofy, incredibly clever, and spouts some beneficial self-help lessons; however, he’s also a smart-*ss who kills for the good of others.

One of his life-changing pieces of wisdom is how we should have fun in everything we do. When you watch Deadpool, we will bet you’d laugh or smile at least once. That’s because Deadpool focuses on the humor of whatever situation, no matter how dire it might seem at first glance.

This unique antihero also teaches us to embrace our weirdness, quirks, and flaws. Let’s face it; Deadpool is far from the stereotypical superhero, which is precisely why some people question whether he’s a hero or not. However, would he still be the Deadpool we know and love without his quirks?

If you haven’t watched his movies yet, you’re missing out! Be sure you watch the last two movies before the third one comes around, and ensure you have this list of quotes saved in your bookmarks so you can look back on your favorite lines!