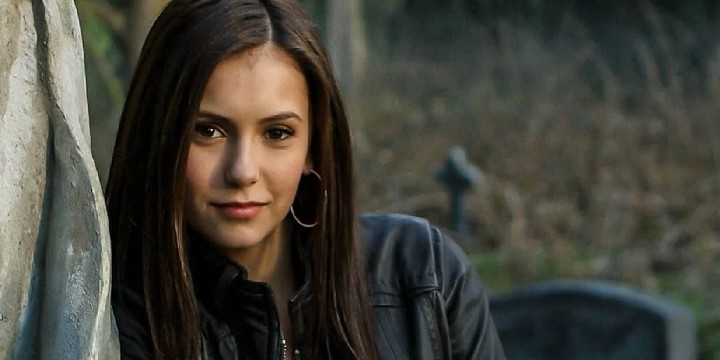 These profound and deeply emotional Elena Gilbert quotes will undoubtedly strike you right in the heart and soul!

Elena Gilbert is one of the main characters in the hit television series, The Vampire Diaries. When the series first aired, she became the envy of many young girls as the two Salvatore brothers fell in love with her. It’s no surprise as Elena’s been introduced as a sweet, caring, and innocent girl with a strong mental personality.

Unfortunately, life wasn’t all sunshine and rainbows for Elena. She goes through a massive supernatural transformation in the series, going from human to vampire to human again. Because of her experiences, she had lines that cut through deeply and made us feel emotional.

Indeed, she has a lot to say about love, friendship, and the meaning of life. So, if you want to learn more about her character, keep reading our collection below. Prepare some tissues because some quotes will make you cry!

And don’t forget to check out these The Vampire Diaries quotes and Stefan Salvatore quotes.

1. “I’m at a crossroads right now, where I could go live my life the way I think I probably should—be successful and safe, and probably very happy. Or I could risk all of that for this tiny glimmer of a feeling inside that—I just can’t shake.”

2. “People are born, they grow old, and then they die. That’s the world we live in—there’s no magic, no mysticism, no immortality. There is nothing that defies rational thought. It’s not possible—I’m not a believer, I can’t be. But how can I deny what’s right in front of me? Someone who never grows old—never gets hurt—someone who changes in ways that can’t be explained.”

3. “You know what? Friends don’t manipulate friends. They help each other.”

4. “Trust is earned—I can’t just magically hand it over.”

5. “Smiling doesn’t always mean you’re happy. Sometimes it simply means that you are a strong person.”

6. “That’s what love should be. You should love the person that makes you glad to be alive.”

9. “Our actions are what set things in motion, but we have to live with that.”

10. “I want to thank you for giving me everything I ever wanted. A love that consumed me, adventure, passion, there’s nothing more that I could have asked for—except for it to last forever.”

11. “Peace exists. It lives in everything we hold, dear. That is the promise of peace, that one day, after a long life, we found each other again.”

12. “Breathe, eat, sleep, wake up, and then do it all over again until one day it’s not as hard anymore.”

Elena Gilbert Quotes to Move You

14. “You put me in a position where I have to defend you again. Where I have to go against every single thing I believe in again. Because I love you!”

18. “You’re going to think that the pain will never end, but it will. But first, you have to let it all in. You can’t fight it, it’s bigger than you.”

19. “When you lose someone, it stays with you. Always reminding you of how easy it is to get hurt.”

20. “I want so much to make things right but every instinct in my body is telling me to be careful. What you don’t know can hurt you.”

22. “I can accept the fact that the world is a much more mysterious place than I ever thought possible, but this, this lie, I cannot take. What am I to you? Who am I to you?”

Short Elena Gilbert Quotes to Revisit Her Most Memorable Scenes

23. “I’m playing with fire—with something I don’t understand.”

24. “There’s more to me than just a gloomy graveyard girl.”

26. “One day you’re gonna have to stop pretending that everything’s okay.”

28. “The worst day of loving someone is the day that you lose them.”

29. “But then she remembered something else, just a flash: looking up at Damon’s face in the woods and feeling such—such excitement, such affinity with him. As if he understood the flame that burned inside her as nobody else ever could.”

33. “I tricked you into telling me the truth. That’s not stabbing you in the back. That’s using your own tactics against you.”

Funny Elena Gilbert Quotes That Will Make You Giggle

36. “First rule of being a vampire is realizing how awesome you are.”

More Elena Gilbert Quotes for All the Fans of the Series

37. “We met and we talked and it was epic. Then the sun came up and reality set in.”

38. “Thank you for bumping into me that day in the hallway. I never thought I would ever be happy again and then I met you. You quite literally saved my life.”

39. “People are going to stop giving you breaks, Jeremy. They just don’t care anymore. They don’t remember that our parents are dead; they have their own lives to deal with. The rest of the world has moved on.”

40. “I don’t think it’s vain to say that I am beautiful. If I did not know I was, I would have to have never looked in a mirror or heard a compliment.”

Did Elena Inspire You to Be Strong in the Face of Life’s Challenges?

Elena’s life appears to have quickly become an endless circle of frightening, dangerous, and painful experiences after both of her parents died. But, despite all her difficulties, she does her best to soldier on.

She became a vampire in the season three finale despite never wanting to be one. She isn’t as strong as older vampires like Stefan and Damon, but she definitely is less vulnerable after her transition. Instead of relying on the men in her life, she became capable of saving herself.

With everything she went through, both as a human and as a vampire, Elena teaches us to be more loving, caring, and helpful to the people we care about. For her, we can’t control what will happen to us, which is why it’s essential to be adaptable and strong in the face of adversity.

Let her words be a reminder and a source of confidence whenever you need a boost. Stay strong, resilient, and persevere no matter what life throws at you!

Which quotes resonated with you the most? Do you have any additional quotes you’d like us to add? Share them below!