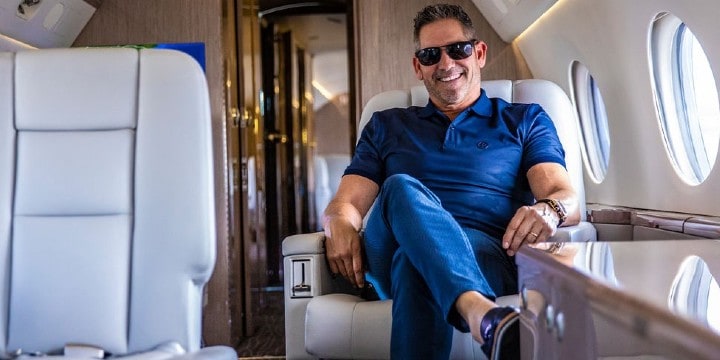 This is the ultimate collection of Grant Cardone quotes that will get you on the road to success and financial freedom.

In this post, we’re bringing you 45 of his best life lessons and show you how he became a self-made millionaire.

Through the experiences he’d gone through over the years, there’s no denying that we can all learn from him when it comes to overcoming challenges and achieving great heights despite the odds.

And make sure to read these Eric Thomas quotes and Dale Carnegie quotes.

1. “Success tends to bless those who are most committed to giving it the most attention.”

2. “Until you become completely obsessed with your mission, no one will take you seriously. Until the world understands that you’re not going away—that you are 100 percent committed, and have complete and utter conviction, and will persist in pursuing your project—you will not get the attention you need and the support you want.”

3. “Quit settling for reality and focus on your potential.”

5. “One of the major differences between successful and unsuccessful people is that the former looks for problems to resolve, whereas the latter makes every attempt to avoid them.”

6. “You cannot blame your family for keeping you from creating the success you deserve. They should be the reason why you want to succeed!”

8. “The moment you start thinking someone else’s gain is your loss, you limit yourself by thinking in terms of competition and shortages.”

9. “Think about it—what’s the worst thing that can happen to you if you just totally go for it?”

11. “Never quit and you are guaranteed to find your greatness.”

12. “Average is a failing plan! Average doesn’t work in any area of life. Anything that you give only average amounts of attention to will start to subside and will eventually cease to exist.”

13. “I suggest that you become obsessed about the things you want; otherwise, you are going to spend a lifetime being obsessed with making up excuses as to why you didn’t get the life you wanted.”

14. “Never take the position that things just happen to you; rather, they happen because of something you did or did not do.”

15. “What if the only thing standing in the way of your greatness was that you just had to go after everything obsessively, persistently, and as though your life depended on it?”

16. “No one will benefit from your failure. However, if you were able to reverse it and attain the goals and dreams you set for yourself—now, that would be something.”

17. “Anyone who minimizes the importance of success to your future has given up on his or her own chances of accomplishment and is spending his or her life trying to convince others to do the same.”

18. “One of the greatest turning points in my life occurred when I stopped casually waiting for success and instead started to approach it as a duty, obligation, and responsibility.”

19. “Massive thoughts must be followed by massive actions.”

20. “In order to get to the next level of whatever you’re doing, you must think and act in a wildly different way than you previously have been.”

21. “Realistic thinking is based on what others think is possible—but they are not you and have no way of knowing your potential and purposes.”

22. “Criticism precedes admiration and—like it or not—goes hand in hand with success.”

23. “Treating success as an option is one of the major reasons why more people don’t create it for themselves—and why most people don’t even get close to living up to their full potential.”

24. “I would rather fail pushing forward than in retreat.”

25. “No commitment equals no results.”

26. “Get beyond the one-man show. Great organizations are never one-man operations.”

29. “Work is better than vacation, and it is important to have a purpose to wake up each day.”

30. “You have to approach the notion of success the way good parents approach their duty to their children—it’s an honor, an obligation, and a priority.”

32. “The goal has to be more valuable than the risk or you have determined the wrong target.”

33. “To really go at it in life and in business, you have to say ‘yes’ to everything. They eagerly engage in life and realize that the word ‘yes’ has more life and possibilities in it.”

34. “Show up early, treat people with respect, and perform at the highest levels till the world can’t deny you.”

35. “Disciplined, consistent, and persistent actions are more of a determining factor in the creation of success than any other combination of things.”

36. “What you have done is nothing compared to what you can do.”

37. “Obsession is what you will need to set 10X goals and to follow them up with 10X actions.”

39. “The idea of being overwhelmed, I believe, is the result of never taking enough action to generate enough winning.”

40. “Ten times the actions, ten times the goals, and you’ll get everything you ever dreamed of.”

41. “Never reduce a target. Instead, increase actions. When you start rethinking your targets, making up excuses, and letting yourself off the hook, you are giving up on your dreams!”

44. “You won’t get much done if you only grind on the days you feel good.”

45. “Do the things you don’t wanna do, so that one day you can do the things that you wanna do. Pay the price. Sacrifice something.”

Which of These Grant Cardone Quotes Made You Realize That Hitting Rock Bottom Isn’t the End?

In his motivational talks, training programs, and bestselling books, he always emphasized on the fact that failing—and hitting rock bottom—is not the end.

Sometimes, you have to go through all the negative things in life in order to rise up and make positive changes and impact in your life.

By working hard, going beyond what’s expected, and always putting family first, we’ll be able to secure true happiness and success in all aspects of our lives.