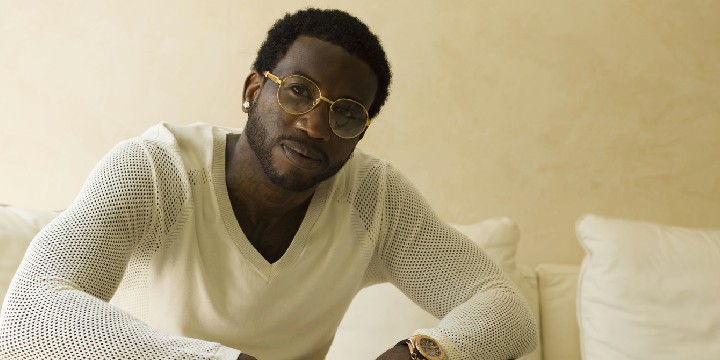 If you’re looking for some inspirational words of wisdom that will give you a new perspective on life, then these Gucci Mane quotes are for you!

Gucci Mane began his rapping career after being released from prison in 2006. He is best known for his albums, Everybody Looking and The Appeal: Georgia’s Most Wanted in 2011. His album, Mr. Davis, debuted at number one on the Billboard 200 in 2017.

Everybody has something unique they learn from personal experiences, and Gucci Mane made the most of his by using them as a foundation of his songs. So, what are you waiting for? Check the complete list below to be inspired!

And make sure to read these 2 Chainz quotes and Yo Gotti quotes.

1. “When all my hard work is getting recognized. It makes me work even harder.”

2. “I learned that everybody is not your friend. You have to watch who you associate with and surround yourself with positive things and people who want to do something positive.”

3. “Before I make an action, think about the consequences. Any decision I make is a heavy decision.”

4. “I will keep on hurdling and keep on hustling.”

5. “I’m satisfied and proud of the things I did—even the bumps and the bruises that I’ve had on the way. You fall down, you get up, you brush yourself off and you keep going. And that’s what we’re doing.”

6. “I try to take a couple of young guys under my wing and tell them what I’ve learned because you can’t teach nobody if you don’t know anything.”

7. “If a man does not have sauce, then he is lost. But the same man can get lost in the sauce.”

8. “There are some things in life you can never completely walk away from, as badly as you might want to.”

10. “Sometimes you almost have to laugh to keep from crying to deal with the pain associated with the ‘hood.”

12. “Loyalty is shown through actions, not words!”

14. “The minute you let go of your discipline is the moment you give up on yourself!”

15. “How you dress on the outside, it represents your soul.”

21. “You are only a failure if you except average!”

24. “Don’t never drop your head. Don’t never feel like you counted out.”

26. “I feel like if I show people how good I’m doing with myself, then it’ll bring people to want me to manage them as well.”

29. “A lack of resources can be an advantage forcing you to be more inventive with the little you have!”

30. “I take responsibility for the times I was arrested and the things that I did. Me being now, I look back on those times and I wish that a lot of things I didn’t do. I wish I could have it back because I see how much I influence people. People wanna follow in my footsteps and I wish that I can now do more positive things and that back then I’d done more positive things.”

31. “It was a maximum-security prison and there was a lot of violence. People were dying every week. But I think it helped me to get to the point I’m at now, to drive me out from the drugs. It gave me time to reflect, it made a lot of relationships that were toxic in my life just fall away.”

33. “My father used to say that if you keep looking back you’re going to trip going forward. That in life, sometimes you reach a fork in the road and you have to make a decision. Which direction will it be? Left or right? To be firm in that decision you can’t keep looking back. You have to make peace with the past. It doesn’t happen overnight. It takes time for wounds to heal.”

34. “The way I think I should stay out of trouble is by stayin’ busy. With idle time comes a lot of biz, so the more my workload is heavy, I’ll have no time to get into any trouble or makin’ these tracks or get into a conversation about any other rappers.”

41. “Ain’t got no comparison and I ain’t being arrogant.”

42. “A trapper but this rappin’ got me going places you’ll never go!”

Gucci Mane Quotes About His Success in Life

45. “I’d like to tell all the people who wrote me and said a prayer for me, thank you from the bottom of my heart.”

46. “I usually record all through the night, but I’m known for waking up early in the morning. Even if I had recorded till 3 or 4 in the morning I might wake up at 9 or 10. I never sleep till 1 o’clock.”

48. “I value my core fans I got from the hood. I think a lot of things might hit home with them, like problems with the law or how I talk about partying—all the different topics I cover when I do rap. But I also value my suburban fans who take a liking to my music and like the way I change cadences. I appreciate all of them ‘cause both types of fans push me to record all the time, both push me to give my best when I do a show. Both push me to be the best rapper and not just do it as a hobby, but do it as a job and take it seriously and put pride in it.”

Gucci Mane Quotes That Zoom in on His Personality

49. “I’m just a careful person around wheels and stuff like that. I try to be as cautious as I can, ‘cause I lost friends to motorcycle accidents and car accidents. So I don’t ever play around anything like that.”

50. “I’m a big bike fan—my homies got Harleys and all kinds of choppers—but to be honest I’m scared to ride motorcycles like that.”

52. “I’m not from the heart of Atlanta, I’m from the Eastern outskirts. Stone Mountain is the town—Gambino is from there, Danger Mouse is from there. So there’s a lot more greenery, lakes, and a mountain you can climb every day—all kinds of stuff that I’m into. I wear sandals or a harness—I’m prepared to be outdoors because that’s just how I am.”

53. “I’m not a fan of anybody’s music who I feel like a sucker. I don’t listen to you. They play you in the club, you can have the number one jam, but if I know your character, how can I listen to your music?”

Interesting Gucci Mane Quotes on Music and His Career

54. “My decision to pursue music was heavily influenced by my arrest at the Texaco.”

55. “As nervous as I am to pick up a water bottle, that’s how nervous I am to perform. My confidence is very high. I really enjoy going up, I feel like it’s my birthday every day that I have to go up there.”

56. “I learned a lot watching James Franco do his thing. The whole way he approached his character was super impressive. He was all in, fully immersed as an Alien. He played the hell out of that role. He knew his craft like I knew the rap game.”

57. “Most of my subject matter was all kind of, like, party stuff, jewelry, and cars. It was really just, you know, shallow.”

58. “Unfortunately I’ve been to jail a couple of times. Anytime I come in it’s difficult to make music, write songs.”

60. “I decided I was gonna call myself ‘cause Gucci Mane cause that was my father’s name. His nickname was Gucci Mane. That’s what my grandmother called my father. People would call me Gucci Mane every now and then, but honestly, that was his name.”

62. “As far back as I can remember, I really just wanted to get me some money.”

66. “I believe I can make all the money I’ve missed. But I can’t regain the time with fans and family.”

67. “Soon as I wake up in the morning I say do it now to myself and money start flying to me with urgency.”

68. “Always watch your back—when I was 14 I got a tattoo of an eye on the back of my neck, so I could say I was always watchin’ my back.”

70. “There’s a lot of people scared of me, and I can’t blame them. They call me crazy so much I think I’m starting to believe them.”

More Gucci Mane Quotes and Lyrics From His Hit Songs

75. “Wanna be like Gucci? Little buddy, eat your vegetables.”

79. “I did some things to some people that was downright evil. Is it karma coming back to me? So much drama.”

Were You Inspired by Gucci Mane’s Ability to Pursue His Dreams Despite His Dark Past?

Gucci Mane is a well-known rapper who has had a long and successful career. In fact, he began rapping at the age of 14 and enjoyed writing poetry at a young age.

In 2000, this Grammy Award-winning artist helped pioneer the hip hop subgenre of trap music. Since he started his career, Gucci Mane has released 14 studio albums and over 71 mixtapes. And, because of his love for music and belief in the talents of others, he launched his own record label, 1017 Records.

Gucci Mane serves as an inspiration for everyone who wants to achieve something despite facing life’s curveballs. Feel free to reread his quotes whenever you need a pick-me-up or some words that’ll uplift your spirit!

Which of these Gucci Mane quotes is your favorite? Please, let us know in the comments.