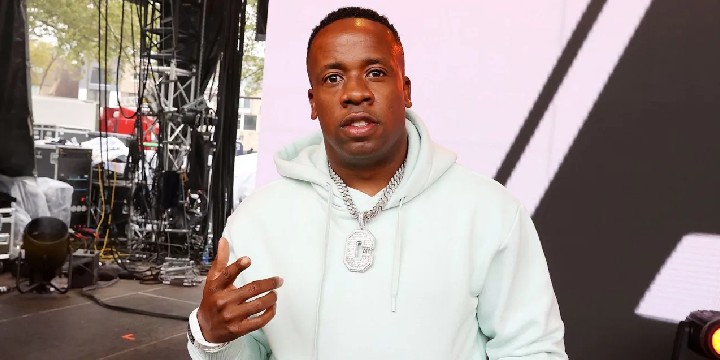 These 50 Yo Gotti quotes are perfect for anyone who wants to be inspired and motivated to do better in life.

Yo Gotti is a rapper and songwriter best known for his collaborations with Nicki Minaj, Young Jeezy, and 2 Chainz. But, he’s also got numerous solo hits under his belt that has earned him many fans.

In his music, Yo Gotti talks about how he had to hustle to make money and how his difficult beginning influenced his messages. But, more than an artist, he’s also a record executive who founded Collective Music Group, which signed successful personalities such as Moneybagg Yo, 42 Dugg, Blac Youngsta, and EST Gee. More of his wisdom and life lessons can be found in the list of quotes below.

And make sure to read these 2 Chainz quotes and Gucci Mane quotes.

2. “Some people just like to do their own thing. I ain’t sayin’ it’s wrong, but me, I wanna hustle with another hustler. I think two impactful hustlers, or three, or four, is a stronger force.”

3. “My key to surviving and winning is hustle. I think once you lose your hustle, you lose everything.”

4. “I’m just a go-getter. I tell people all the time—I feel like I’m supposed to be successful, no matter what I’m doing.”

5. “I love to learn, I love to be educated on different levels.”

6. “You’re only as good as your team, so if your team’s strong around you, it just puts you in a greater position.”

7. “I always understood the importance of relationships, respect, standing on your word, and your name being good.”

8. “You know, things that are important to you, things you’re passionate about, you should fight for it.”

9. “I believe that if you got good people around you and they put in the work to help get you where you are, everybody should eat. No man should be dependent on another man.”

11. “I think people may regret not following their instincts a lot.”

13. “I heard Russell Simmons say that, ‘People have million-dollar dreams with a minimum wage work ethic.’ Basically, everybody wanna be rich but don’t nobody wanna work for it.”

15. “If you’re misleading the little homies, you ain’t no real big homie to me. “

18. “Me, myself, I ain’t never had no problem hustling with nobody.”

19. “Probably more than half my life, I’ve thought from a trap mindset, a hood mind frame in the way I was moving.”

20. “With each project, whether it’s an album or a mixtape, I try to learn more in the process.”

21. “When I’m alone in my room sometimes I stare at the walls, flashbacks about the streets and memories and my dawgs.”

22. “I’m a real dude from a real place and I never express myself through social sites. I don’t feed into it, man. That’s not real life.”

Yo Gotti Quotes About Music and His Career

23. “I was blessed with talent. God gave me the gift to put words together and make popular songs.”

24. “I never tell my artists how to rap or how to approach a song. I let them do the song.”

25. “When I’m working on my music, I take special care to make sure the sound is perfect.”

26. “You could be the best lyricist or rapper or songwriter, if you ain’t mentally prepared to put in the work, it’s a waste of time.”

27. “It is super important to know what you are getting yourself into when signing a deal. I learned that the hard way.”

28. “Me as a person, man, I’m just rapping reality. Every time I get in front of the microphone I’m just speaking about real life and what’s happening.”

29. “I’m one of the few artists who started from the ground up for real. Not taking no records to the radio station begging no DJ to play it. When DJs started playing my records they called me for them. I ain’t pull up and ask nobody for nothing, I ain’t pay nobody nothing.”

30 .“Being independent is more of a mind state more than anything else. A lot of people don’t understand that being an independent artist means being hands-on with your career in every aspect—not being afraid to spend your own money and invest time in yourself. Although I’m affiliated with a major label, I still wake up every day with an independent mindset.”

31. “I’m a businessman and the reason I linked up with a major was because I understand they have that reach that I can’t get no matter how hot I get in the streets. It’s not always about money because I been had money. I want to be on TV and win awards. I want to be number one. You need a label to get through barriers.”

32. “Trap music to me isn’t just a sound. If we’re talking about what I think trap music is, I couldn’t say that I created it or no one created it, because if you were living the same life that I was living and you’re speaking about it, we’re just speaking about our endeavors in that world.”

33. “I like to make music from a personal standpoint, and the music that feels good to me, and when the music becomes big, it’s even better because it’s an even more organic feeling than when you, like, tried to make a hit record.”

Interesting Yo Gotti Quotes About Money

34. “We focus on money, getting money, and winning. We let the rest of them chase the women. We focus on winning cuz getting women is slight work. That’s all the time with us.”

35. “I think you could get a good accountant, but I think I am the best accountant for me. Can’t nobody count my money like I can count it.”

36. “There’s nothing more valuable than your freedom in your life. When you’re in the streets you’re gambling with that 24/7. If you don’t know that you’re just flat out dumb to me.”

Meaningful Yo Gotti Quotes on Family

37. “Speaking for myself, my first priority is to take care of my family. That’s first and foremost.”

38. “Keeping my family out of prison as best I can. That is success to me. I created that without selling records.”

39. “I believe your success is based on what your goals are. Are you trying to feed your family or have plaques on the wall and be broke? In that case, I think the game is in a better place. We have all heard of famous artists who are broke. Then we know of artists who may have had only a song or two on radio, but have a million or two dollars off that quick come up.”

Yo Gotti Quotes on His Determination to Succeed in Life

41. “I think CMG is gonna grow and only get bigger and bigger. We’re gonna continue to find the right talent and do everything that’s necessary because I got an ‘I will not lose’ mentality.”

42. “Yeah, I’ve never been afraid to put my own money up on what I wanted and what I believed in or who I believed in.”

44. “Rap was slowly becoming one of my hustles, but it wasn’t my main hustle. But I come from a family of hustlers, so once I figured the hustle out and mastered it, I took it to my brothers like, ‘we can flip this just like we flip anything else,’ and they were with it but also sort of slow to come all the way on board.”

More Yo Gotti Quotes to Get To Know Him Better

45. “I ain’t sold a million records or won a Grammy but I saw a million dollars worth of nose candy.”

46. “I feel like it’s our job, between me, Jeezy, and Gucci—I feel that’s who the streets look at as far as trap music. So if it’s gonna be saved, we have to save it.”

47. “I think the ‘I Am’ album allowed me to show fans that I’m more than just a mixtape artist, who can make music on a different platform, a bigger platform, and I think more people respect what I’m doing now.”

48. “‘Letter to the Trap’ is a real approach to how I really feel. It’s like when you’re in that culture and you’re living that life, there’s always obstacles when trying to get out.”

49. “Like LeBron James, we already know how good the man is. We know he can play. He’s rich. But he still wants a ring. N*ggas know my music is hot. That’s proven. Now it’s time to get the ring.”

50. “I feel like you can’t stop me now. I’m tighter now, more of a writer now—than a rapper now, got me payin’ taxes now. Can’t relax now. Got big corporations, sending me faxes now, more than just yo now, CEO now.”

How Did Yo Gotti Change Your Perceptions in Life?

Mario Sentell Giden Mims, better known as Yo Gotti, is a Tennessee-based rapper. He is best known for his deep, rich voice and distinct flow. One of his most famous songs is Down in the DM, which topped the Billboard charts.

Each of us has our own set of goals and challenges to overcome in life. Like other rapper musicians, Yo Gotti began from the bottom and worked his way to the top. He hustled so hard to provide a better future for his family, making him an inspiration to people all over the world.

Allow these Yo Gotti quotes to motivate you to work hard and stay focused on your goals. We hope his wisdom and life lessons were able to enlighten you on the importance of family and priorities in life!

Which of these Yo Gotti quotes resonated with you the most? Please, share them in the comments area below.