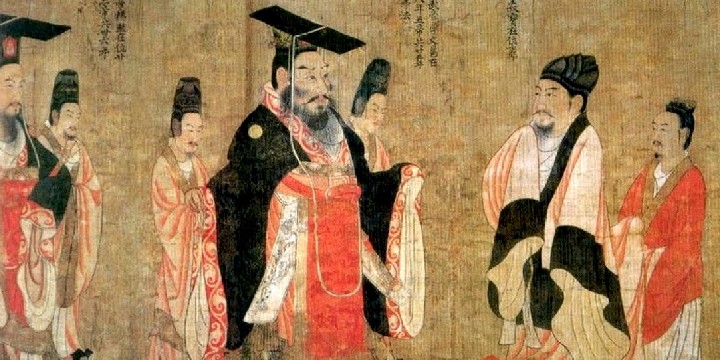 If you’re interested in Chinese history and philosophy, these Han Fei quotes will be right up your alley.

Han Fei is considered to be one of China’s greatest legalist philosophers. Unlike people who believed in Confucianism and had faith in the benevolence of leaders, he believed in a government that abided by laws.

For him, the government should influence its subjects to do good. Han Fei also believed that it should restrain them from doing evil deeds.

Faithful to his teachings, the legal theories of his time were compiled in a publication attributed to him titled, Han Feizi.

It’s interesting to see how history unfolded through Han Fei’s teachings. Read through the complete list below if you want to learn more about his philosophy.

And don’t forget to check out these Confucius quotes and Lao Tzu quotes.

1. “It is not difficult to know a thing; what is difficult is to know how to use what you know.”

2. “I believe it is impossible to be sure of anything.”

3. “It is dangerous for a ruler to trust others. He who trusts others can be manipulated by others.”

5. “The severe household has no fierce slaves, but it is the affectionate mother.”

6. “A filial son to his father can be a traitorous subject to his ruler.”

8. “People are submissive to power, and few of them can be influenced by doctrines of righteousness.”

9. “The Way is the beginning of the 10,000 things and the guiding thread of truth and falsity.”

10. “The Way of an enlightened ruler is to make it so that no minister may make a proposal and then fail to match it with actions and results.”

11. “Superior and inferior wage one hundred battles a day.”

13. “The Way is huge and shapeless, its moral extends everywhere.”

14. “Remote fountains are of little help to nearby fires.”

15. “The Way is the beginning of all beings and the measure of right and wrong.”

16. “Past and present have different customs; new and old adopt different measures. To try to use the ways of a generous and lenient government to rule the people of a critical age is like trying to drive a runaway horse without using reins or whip.”

17. “He who claims to be sure of something for which there is no evidence is a fool, and he who acts on the basis of what cannot be proved is an imposter.”

18. “In dealing with those who share his bed, the enlightened ruler may enjoy their beauty but should not listen to their special pleas.”

19. “Be immeasurably great, be unfathomably deep; make certain that names and results tally, examine laws and customs, punish those who act willfully, and the state will be without traitors.”

Han Fei Quotes to Better Understand the Government and the Law

20. “A wise ruler, when he makes his laws, is bound to find himself in conflict with the world.”

21. “Take hold of the handles of government carefully and grip them tightly. Destroy all hope, smash all intention of wrestling them from you; allow no man to covet them.”

22. “A ruler makes use of the majority and neglects the minority, and so he does not devote himself to virtue but to law.”

23. “If a ruler can get rid of private crookedness and promote the public law, his people will become secure, and his state will become well ordered.”

24. “To govern the state by law is to praise the right and blame the wrong.”

25. “Within the frontiers of a state, there are no more than 10 people who do good of themselves, whereas if one makes it so that the people can do no wrong, the entire state can be kept peaceful.”

26. “The duties of the ruler are like those of the helmsman of a great ship. From his lofty position, he makes slight movements with his hands, and the ship, of itself, follows his desires and moves. This is the way whereby the one may control 10,000 and by quiescence may regulate activity.”

27. “Laws are the means of prohibiting error and ruling out selfish motives; strict penalties are the means of enforcing orders and disciplining inferiors. Authority should never reside in two places; the power of decree should never be open to joint use. If authority and power are shared with others, then all manner of abuse will become rife. If the law does not command respect, then all the ruler’s actions will be endangered. If penalties are not enforced, then evil will never be surmounted.”

Han Fei Quotes for Those Interested in His Philosophy

28. “The object of rewards is to encourage; that of punishments, to prevent. If rewards are high, then what the ruler wants will be quickly effected; if punishments are heavy, what he does not want will be swiftly prevented.”

29. “He who is vain and delights in his own ability is deceived by his inferiors. When he likes to bring forth arguments and kindliness, his inferiors take advantage of his abilities.”

30. “From your place of darkness, observe the defects of others. See but do not appear to see; listen but do not seem to listen; know but do not let it be known that you know. When you perceive the trend of a man’s words, do not change them, do not correct them, but examine them and compare them with the results.”

Do You Hold the Same Beliefs as Han Fei?

It’s humbling to think about great works of philosophy that continue to influence today’s society. For politics, long before Niccolò Machiavelli’s The Prince, China had the privilege of learning from Han Fei’s teachings.

He lived through an immensely different political climate from us. But, reading his quotes above, we can see just how relevant they still are.

For one, he zoomed in on how greed can lead to one’s demise. Being blinded by it, we fail to see the bigger picture and, in turn, what our ultimate goal must be.

Loyalty is another lesson we can learn from Han Fei. Backstabbing and betrayal are sadly an everyday occurrence in the world of politics. But, we should remember that to truly bring a nation to its highest state, everyone in the government and the community must work together.

He also talked about some essential virtues like courtesy, respect, and compassion that are necessary to thrive in the state. Indeed, building a good and prosperous nation from the ground up is challenging. But, we hope that you were able to pick up a piece of advice or two from these Han Fei quotes.

What do you think of his philosophy? Do you believe his teachings are still applicable to today’s government and politics? Share your thoughts below.