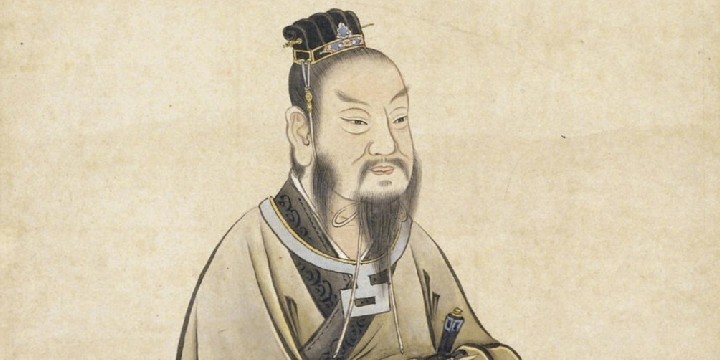 These Mencius quotes will open your eyes to the power of humanity and how we can affect the world we live in.

Among the greatest thinkers of China was Mencius. He developed the teachings of Orthodox Confucianism and earned the title of Second Sage—second only to Confucius himself.

His philosophy focused on the innate goodness that humans have.

Along with this, he also discussed the obligation that rulers have to provide a good, comfortable, and meaningful life for their people.

Learn more about Mencius and his teachings through this list we’ve created for you.

We’re positive you’ll discover a treasure trove of valuable wisdom to apply in life through this collection.

And make sure to read these Confucius quotes and Lao Tzu quotes.

1. “Only when there are things a man will not do is he capable of doing great things.”

2. “The great man is he who does not lose his child’s heart.”

3. “People are distressed by their inability to do it. The problem, however, is simply that they don’t do it.”

4. “Treat others as you would be treated. Devote yourself to that, for there’s no more direct approach to humanity.”

5. “All tongues savor the same flavors, all ears hear the same music, and all eyes see the same beauty.”

6. “Friendship is one mind in two bodies.”

7. “The feeling of right or wrong is the beginning of wisdom.”

9. “The way of learning is none other than finding the lost mind.”

10. “Friends are the siblings God never gave us.”

Inspiring Mencius Quotes to Encourage You

13. “The best things in life come in threes—like friends, dreams, and memories.”

Mencius Quotes That Are Filled With Life Lessons

16. “The way of truth is like a great road. It is not difficult to know it. The evil is only that men will not seek it.”

17. “There are things a person wants more than life and there are also things he or she loathes more than death.”

18. “Trying to meet a worthy man in the wrong way is as bad as closing the door on an invited guest.”

19. “To act without clear understanding, to form habits without investigation, to follow a path all one’s life without knowing where it really leads; such is the behavior of the multitude.”

Mencius Quotes to Live By

22. “All the children who are held and loved will know how to love others. Spread these virtues in the world. Nothing more need be done.”

23. “What can you do about your endeavors? You can only try your best to do good.”

Deep Mencius Quotes That Zoom in on Human Nature

24. “If you let people follow their feelings, they will be able to do good. This is what is meant by saying that human nature is good.”

25. “There’s only one way to know if people are good or evil: look at the choices they make.”

26. “There is no greater delight than to be conscious of sincerity on self-examination.”

27. “The disease of men is that they neglect their own fields and go to weed the fields of others.”

29. “People are eager to comment on something when they themselves are not in the situation of doing it.”

Mencius Quotes and Sayings to Think About

32. “The sole concern of learning is to seek one’s original heart.”

34. “Getting something done is like digging a well. You can dig a well 70 feet deep, but if you don’t hit the water, it’s just an abandoned well.”

35. “When people put profit before righteousness, they cannot be satisfied without grasping for more.”

36. “Truth uttered before its time is dangerous.”

More Mencius Quotes That You Can Learn From

39. “Evil exists to glorify the good. Evil is negative good. It is a relative term. Evil can be transmuted into good. What is evil to one at one time, becomes good at another time to somebody else.”

40. “All things are already complete in us. There is no greater delight than to be conscious of right within us. If one strives to treat others as he would be treated by them, he shall not fail to come near the perfect life.”

Did These Mencius Quotes Shift Your Worldview?

The world we live in today can benefit from Mencius and his teachings. Though he believed in the innate goodness of man, he was skeptical of the government and how it acted toward the people it governed over.

We’ve seen countless unjust politicians who were just in office for the perks and the money. This isn’t too far from the reality that Mencius experienced when he was still alive. Because of this, he openly criticized the workings of society and the government.

Mencius was not only a philosopher; he was a political activist who wanted rulers to govern virtuously and veer away from using violence. This wasn’t easy to do before because rulers from his time were considered to be given the “Mandate of Heaven.” This means people believed that it was Heaven’s will to have them rule over the world.

His open criticism of the government might have put his life at risk. But, he never backed down and continued to fight for what he believed was right. He also used the mandate to benefit his cause, saying that it was given to them to rule and govern for the good of society.

Indeed, the beliefs he taught us are relevant to this day. With that, we hope this list of Mencius quotes was able to teach you something about human nature, life, and the government. Like Mencius, let’s keep fighting for what’s right and what would benefit the people.

Are you interested in the government and Chinese history? Which Mencius quote was most relevant to you? Comment below.