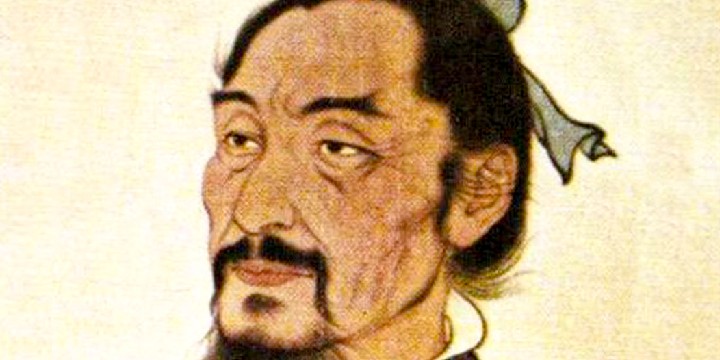 These Mozi quotes will challenge your beliefs and help shape you to become a more compassionate person.

Mozi was the founder of Mohism, a school of thought established during The Hundred Schools of Thought period. This falls under the early years of China’s Warring States era. We can only imagine how intense the political and philosophical landscapes were during this time!

Mohism is a way of life and a belief that challenged Confucianism and Daoism. For Mozi, everyone was equal under the eyes of Heaven.

In fact, one of his most radical beliefs might have been that leadership should be based on merits instead of only birthright.

For him, it is Heaven’s mandate that leaders do well and do good for their people. Mohism’s influence might not have been as extensive as the other schools of thought, but it is as profound and inspiring as any of the others.

Read through to the end of this list of Mozi quotes to find out more about his way of life!

And don’t forget to check out these Confucius quotes and Sun Tzu quotes.

1. “Universal love is really the way of the sage-kings. It is what gives peace to the rulers and sustenance to the people.”

3. “A three-pronged test for any belief: can it be verified by the sights and senses of common people? How is it to be applied? Will it benefit the greatest number?”

4. “Suppose we try to locate the cause of disorder, we shall find it lies in the want of mutual love.”

5. “When universal love is adopted as the standard, then such are the consequent benefits. It is incomprehensible, then, why people should object to universal love when they hear it.”

6. “Enthusiasm is to be shown only to the virtuous, and plans for the country are only to be shared with the learned.”

7. “To accomplish anything whatsoever, one must have standards. None have yet accomplished anything without them.”

9. “Whoever criticizes others must have something to replace them. Criticism without suggestion is like trying to stop flood with flood and put out fire with fire. It will surely be without worth.”

10. “If one does not preserve the learned in a state he will be injuring the state; if one is not zealous to recommend the virtuous upon seeing one, he will be neglecting the ruler.”

11. “All states in the world—large or small—are cities of Heaven, and all people—young or old, honorable or humble—are its subjects.”

12. “The wise man who has charge of governing the empire should know the cause of disorder before he can put it in order. Unless he knows its cause, he cannot regulate it.”

13. “Few are those, who, neglecting the virtuous and slighting the learned, could still maintain the existence of their countries.”

14. “If the gentleman desires to be a gracious ruler, a loyal minister, an affectionate father, a filial son, a courteous elder brother, and a respectful younger brother, universal love must be practiced. It is the way of the sage-kings and the great blessing of the people.”

Mozi Quotes to Understand His Teachings

16. “All the calamities, strifes, complaints, and hatred in the world have arisen out of want of mutual love. Therefore the benevolent disapproved of this want.”

17. “The purpose of the magnanimous is to be found in procuring benefits for the world and eliminating its calamities. Mutual attacks among states, mutual usurpation among houses, mutual injuries among individuals; the lack of grace and loyalty between ruler and ruled, the lack of affection and filial piety between father and son, the lack of harmony between elder and younger brothers—these are the major calamities in the world.”

19. “Now, as to universal love and mutual aid, they are beneficial and easy beyond a doubt. It seems to me that the only trouble is that there is no superior who encourages it. If there is a superior who encourages it, promoting it with rewards and commendations, threatening its reverse with punishments, I feel people will tend toward universal love and mutual aid like fire tending upward and water downwards it will be unpreventable in the world.”

Mozi Quotes That You Can Apply in Life

22. “When we try to develop and procure benefits for the world with universal love as our standard, then attentive ears and keen eyes will respond in service to one another, then limbs will be strengthened to work for one another, and those who know the Tao will untiringly instruct others.”

23. “If we should classify one by one all those who hate others and injure others, should we find them to be universal in love or partial? Of course, we should say they are partial. Now, since partiality against one another is the cause of the major calamities in the empire, then partiality is wrong.”

25. “What is the purpose of houses? It is to protect us from the wind and cold of winter, the heat and rain of summer, and to keep out robbers and thieves. Once these ends have been secured, that is all. Whatever does not contribute to these ends should be eliminated.”

26. “When all the people in the world love one another, then the strong will not overpower the weak, the many will not oppress the few, the wealthy will not mock the poor, the honored will not disdain the humble, and the cunning will not deceive the simple.”

27. “If we should classify one by one all those who love others and benefit others, should we find them to be partial or universal? Of course, we should say they are universal. Now, since universal love is the cause of the major benefits in the world, therefore Mozi proclaims universal love is right.”

Do You Agree With Mozi’s Philosophy?

Filial piety is a strong point in Chinese culture, especially during Mozi’s time. But, he challenged society’s attachment to family and clan structures. Instead, he tried to introduce the concept of mutual love and equality.

In Confucianist beliefs, it’s normal to have varying degrees of affection, loyalty, and care for people. But, based on Mohism’s most fundamental principle, people should love others—everyone—equally. Love should be shared with everyone the same way, regardless of family ties and personal relationships.

Through this, Mozi believed that happiness and benefit would be attainable for all. His beliefs were aspirational and idealistic, but it’s not something we can easily do, even today.

Though that’s the case, let’s all still strive to open our eyes to the good things people can offer, regardless of whether we know them personally or not. In the same way, let us open ourselves to love and be loved. We hope these Mozi quotes were able to give you a new perspective when it comes to life and society.

What did you learn from today’s collection? Which quote is your favorite? Comment below.