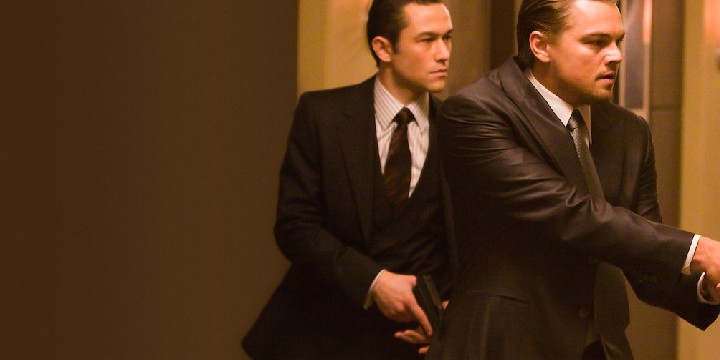 We’ve put together a list of the top 80 Inception quotes to help you take charge of your own dreams.

Inception is a sci-fi action film created by Christopher Nolan and has been a hit since its release in 2010.

The story revolves around Cobb, a professional dream infiltrator, who was offered to be free from his felony and have his life back. It shows how other people seized and manipulated other people’s dreams.

Some people choose to escape reality by living in their dreams. But, what if someone infiltrates it and alters it to their liking?

That’s why we’ve gathered these quotes to help you take full control of your dreams, so better check this out.

And make sure to read these Leonardo DiCaprio quotes and Tom Hardy quotes.

1. “They say we only use a fraction of our brain’s true potential. Now, that’s when we’re awake. When we’re asleep, we can do almost anything.” – Cobb

2. “You mustn’t be afraid to dream a little bigger, darling.” – Eames

4. “If you’re going to perform inception, you need imagination. You need the simplest version of the idea―the one that will grow naturally in the subject’s mind. Subtle art.” – Eames

6. “An idea is like a virus. Resilient. Highly contagious. And even the smallest seed of an idea can grow. It can grow to define or destroy you.” – Cobb

7. “Dreams feel real while we’re in them. It’s only when we wake up that we realize something was actually strange.” – Cobb

8. “She locked away a secret, deep inside herself, something she once knew to be true, but chose to forget.” – Cobb

9. “Once an idea has taken hold of the brain, it’s almost impossible to eradicate. An idea that is fully formed―fully understood―that sticks; right in there somewhere.” – Cobb

10. “Brain function in the dream will be about 20 times to normal. When you enter a dream within that dream, the effect is compounded.” –Yusuf

11. “In the dream state, your conscious defenses are lowered and it makes your thoughts vulnerable to theft.” – Arthur

Arthur: “Your subconscious is looking for the dreamer; me.”

13. Cobb: “You’re waiting for a train. A train that’ll take you far away. You know where you hope this train will take you, but you can’t know for sure. Yet, it doesn’t matter. Now, tell me, why?”

Mal: “Because we’ll be together!”

Cobb: “Because in my dreams, we are together.”

15. “Building a dream from your memory is the easiest way of losing your grasp on what’s real and what is a dream.” – Cobb

18. “Do you want to take a leap of faith or become an old man filled with regret waiting to die alone?” – Saito

19. “You betrayed me. But you can make amends. You can still keep your promise. We can still be together―right here. In our world―the world we built together.” – Mal

20. “Your condescension, as always, is much appreciated, Arthur.” – Eames

21. “But all the textures of real life―the stone, the fabric, cars, people―your mind can’t create all this.” – Ariadne

22. “It does, every time you dream. Let me ask you a question―you never remember the beginning of your dreams, do you? You just turn up in the middle of what’s going on.” – Cobb

23. “If you can steal an idea from someone’s mind, why can’t you plant one there instead?” – Saito

24. “That many dreams within dreams are too unstable.” – Yusuf

26. “Because you’re changing things. My subconscious feels that someone else is creating the world. The more you change things, the quicker the projections converge on you.” – Cobb

27. “They feel the foreign nature of the dreamer and attack―like white blood cells fighting an infection.” – Cobb

28. “The dreamer can always remember the genesis of the idea.” – Arthur

29. “I know how to search your mind and find your secrets. I know the tricks and I could teach them to you so that even when you’re asleep your defense is never down. Look, if you want my help, you’re gonna have to be completely open with me. I need to know my way around your thoughts better than your wife, better than your therapist, better than anyone. This is a dream and you have a safe full of secrets and I need to know what’s in that safe. In order for this all to work, you need to completely let me in.” – Cobb

30. “You’re asking me for inception. I hope you do understand the gravity of that request.” – Cobb

Inception Quotes That Bring Out Emotions

31. Cobb: “Inception. Now, before you bother telling me it’s impossible―.”

32. Robert Fischer Jr.: “I know you were disappointed I couldn’t be you.”

Maurice Fischer: “No, no, no. I was disappointed that you tried.”

35. “I think positive emotion trumps negative emotion every time. We all yearn for reconciliation, for catharsis.” – Cobb

Inception Quotes on Dreams and Reality

38. “Reality? Those kids, your grandchildren, they’re waiting for their father to come back home. That’s their reality. And this job, this last job, that’s how I get there. I would not be standing here if I knew any other way. I need an architect who is as good as I was.” – Cobb

39. “It’ll take more than the occasional stuffed animal to convince those children they still have a father.” – Miles

40. “You mind telling your subconscious to take it easy?” – Ariadne

42. “When we wound up on the beach of our own subconscious, we lost sight of what was real.” – Cobb

43. “The seed that we planted in this man’s mind may change everything.” – Cobb

44. “I specialize in a very specific type of security. Subconscious security.” – Cobb

45. “Great. Thank you. So, now we’re trapped in Fischer’s mind battling his own private army, and if we get killed, we’ll be lost in limbo till our brains turn to scrambled eggs.” – Eames

46. “You create the world of the dream. We bring the subject into that dream, and they fill it with their subconscious.” – Cobb

47. “Couldn’t somebody have dreamt up a goddamned beach?” – Robert Fischer Jr.

48. “Wait a minute, whose subconscious are we going into, exactly?” – Ariadne

50. “No creeping doubts? Not feeling persecuted, Dom? Chased around the globe by anonymous corporations and police forces, the way the projections persecute the dreamer?” – Mal

51. Arthur: “Okay, here’s planting an idea―I say to you, ‘Don’t think about elephants.’ What are you thinking about?”

Arthur: “Right. But it’s not your idea because you know I gave it to you.”

52. “Do you think you can just build a prison of memories to lock her in? Do you really think that that’s gonna contain her?” – Ariadne

53. “So, a totem. It’s a small object, potentially heavy, something you can have on you all the time.” – Arthur

54. “Create a maze in two minutes that takes me one minute to solve.” – Cobb

55. “To wake up from that after, after years, after decades―after we’d become old souls thrown back into youth like that―I knew something was wrong with her. She just wouldn’t admit it. Eventually, she told me the truth. She was possessed by an idea, this one, very simple idea, that changed everything. That our world wasn’t real. That she needed to wake up to come back to reality. That, in order to get back home, we had to kill ourselves.” – Cobb

56. “No idea is simple when you have to plant it in someone else’s mind.” – Cobb

57. “Look at you. You’re just a shade―a shade of my real wife. How could I capture all your beauty, your complexity, your perfection, your imperfection, in a dream? Yes, you’re the best that I can do. But, I’m sorry, you’re just not good enough.” – Cobb

58. “I―I don’t know if―if you can’t see what’s going on or if you just don’t want to but Cobb has some serious problems that he tried to bury down there and I’m not about to just open my mind to someone like that.” – Ariadne

Inception Quotes to Ponder On

60. “You don’t seem to understand, Mr. Saito, the corporation that hired us, we won’t accept failure, we won’t last two days.” – Cobb

Mal: “I thought you could miss me.”

64. Ariadne: “That’s some subconscious you’ve got on you, Cobb! She’s a real charmer!”

Arthur: “I’d hate to see it out of control.”

79. “Forgive me for wanting a little specificity, Eames.” – Arthur

What Is Your Ideal Dream Where You Can Live Forever?

Living, in reality, can be hard, which is why some people prefer to live in alternate realities. What will you do if someone controls your dream? Are you going to stick with that fantasy, or will you discard it?

Let these quotes guide and motivate you to live in the present moment rather than in your dreams. Dreams are beneficial because they allow us to escape reality. However, you must face reality, where your real world is.

What do you think happened at the ending of the movie? What lessons have you gained from these Inception quotes? Please, drop them in the comments area below.