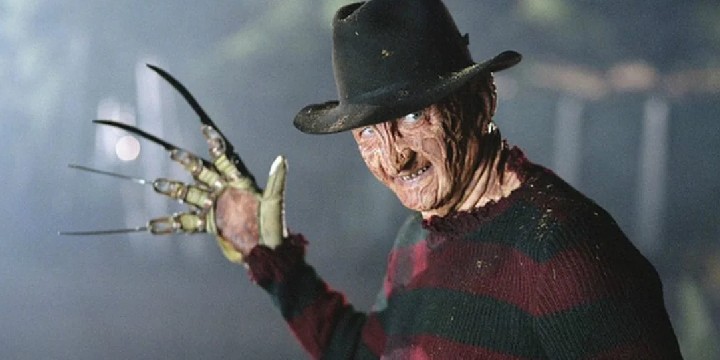 We’ve gathered these Freddy Krueger quotes to remind you to take care of yourself when you sleep at night.

Freddy Krueger is an iconic horror villain in the movie franchise, A Nightmare on Elm Street. He is a serial killer who likes to visit and kill his victims in their dreams using his ability to manipulate reality.

This collection of his best lines will not only frighten you but will also make you more aware of your surroundings when you try to sleep at night. Get a look into his way of terrorizing his victims and laugh at his personality’s comedic side.

And don’t forget to check out these Young Frankenstein quotes and Hellraiser quotes.

1. “The only thing to fear is fear himself.”

2. “My children—from the very beginning, it was the children who gave me my power.”

4. “Sticks and stones may break my bones, but nothing will ever kill me.”

21. “Yes. The souls of the children give me strength.”

24. “Not strong enough, yet. Well, I will be soon enough. Until then, I’ll let Jason have some fun.”

44. “I should warn you, princess—the first time tends to get a little messy.”

Freddy Krueger Quotes on Being a Killer

49. “Come here, my little piggy. I got some gingerbread for ya.”

55. “Why are you screaming when I haven’t even cut you yet?”

59. “Oh, that’s right! Everyone forgot! That’s why they weren’t afraid anymore! That’s why I needed Jason to kill for me to get them to remember. But now he just won’t stop. That hockey puck!”

61. “Did you know that after the heart stops beating, the brain can function for well over seven minutes?”

65. “Sorry to keep you waiting. Perhaps if there were more of me to spread around.”

84. “But I just keep on tickin’, because they promised me that.”

Freddy Krueger Quotes That Will Terrify You

92. “The dream people. The ones that gave me this job. In dreams, I am forever!”

93. “That was then, this is now. Springwood’s nightmares are just beginning.”

94. “If you think you’re leaving Springwood, you’re not going anywhere.”

What Is the Scariest Movie You Ever Watched?

Some people love to watch scary movies, and some don’t. Certain films will scare you and make you laugh simultaneously, but most horror movies will give you unwanted thoughts that worsen your anxiety.

Freddy Krueger is not your ordinary villain. And even though a lot of his victims tried to kill him, he kept coming back. His control over the dream world is so undeniable that many of his victims died in their sleep.

At the same time, his character changed the horror movie scene. He’s only one of the few who could make it scary and funny at the same time.

Which of these Freddy Krueger quotes is your favorite? Are there any lessons you learned from him? Please, drop them in the comments section.