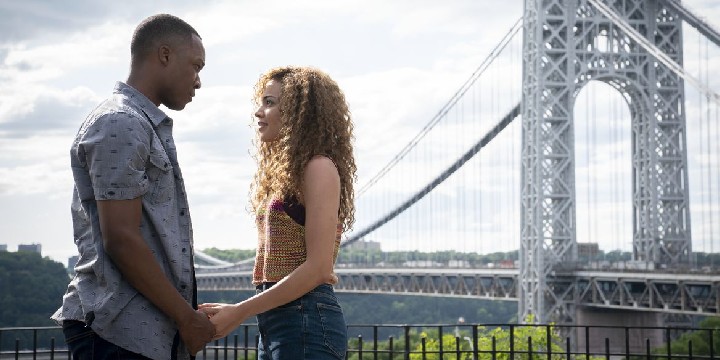 Read these In the Heights quotes and get ready to change your mindset!

Sometimes, we just have to take a leap of faith when it comes to our dreams. Sadly, it’s not as easy as that. After all, many things hold us back from chasing our dreams.

However, we shouldn’t let these hesitations steer us far from our goals. Thankfully, these issues were addressed by In the Heights. It’s a movie narrating the life of immigrants with big dreams, trying to work their way up and achieve the so-called American Dream.

Read the quotes below and find the character you can relate to the most. We’re sure you’ll also shed a tear or two once you get to know the characters!

And don’t forget to check out these Fiddler on the Roof quotes and Grease quotes.

Best In the Heights Quotes

1. “A dream is not a sparkly diamond we get. Sometimes, it’s rough and not so pretty.” – Usnavi

2. “The point is not who won, but that we all had a sueñito. And when it comes to dreams, we had to keep scraping by.” – Usnavi

3. “We had to assert our dignity in small ways. That’s why these napkins are beautiful. That’s why my mother’s gloves were beautiful. Little details that tell the world, we are not invisible.” – Abuela Claudia

4. “It’s the story of a block that was disappearing. Once upon a time, in a faraway land called Nueva York, en un barrio called Washington Heights. Say it, so it doesn’t disappear.” – Usnavi

6. Children: “What does sueñito mean?”

In the Heights Quotes That’ll Motivate You

11. “I’ve been saving up all my pennies in my piggy bank for this big day.” – Usnavi

12. “Since when are Latin people scared of heat?” – Daniela

14. “You can’t keep putting your life’s work on my shoulders.” – Nina Rosario

15. “I was thinking, there’s so much stuff going on, and all it just got me thinking about, like, all the people I care about the most. And I just thought about you.” – Usnavi

In the Heights Quotes for Something to Reflect On

16. Nina Rosario: “The reality of an elite school. No joke, Pop. Yeah, when I left, you all were like, ‘It’s going to be great. Go show them who we are. Go represent.’ The truth is, is that most of the time at Stanford feels like a betrayal.”

Kevin Rosario: “De verdad? Of who?”

Nina Rosario: “Of my family. My community.”

22. “You’re the best we’ve got Nina. If you can’t stay in the ring what does that say about us?” – Kevin Rosario

23. “You always talk about your dream. You really want it?” – Alejandro

24. Abuela Claudia: “You think it will be different in the Dominican Republic? Just like my mama. Morning and night, year after year, to what end? To wake up and scrub another floor till the day she died.”

Usnavi: “Yeah, but here I work to survive. El sueñito will be a labor of love.”

25. “Vanessa, tough as nails. Dreamed of being a downtown fashion designer. To her, a sueñito was something you keep a secret.” – Usnavi

In the Heights Quotes to Add to Your Must-Reads

26. “You’re just a kid. You don’t even know. For real. Dominican Republic’s going to blow your mind.” – Usnavi

27. “Abuela Claudia never had kids, so she adopted the whole block as her own. Adopted our sueñitos too.” – Usnavi

28. “If I made it back to the Dominican Republic, then we retained our roots. But Nina Rosario’s dreams were all about reach. Spelling bee champ, valedictorian, managed her dad’s business, and basically, she was like a little sister to me.” – Usnavi

Are You Ready to Chase Your Biggest Dreams?

In the Heights talks about the common notion that people must leave their homes behind to reach big dreams. However, is that the best way to go about it?

Dreams are the foundation of our lives, and it stems from our childhood and home. So, it doesn’t make sense to leave those behind. Yes, things in your current community might hold you back from reaching something more, but it doesn’t necessarily mean you have to turn your back on them.

Through In the Heights, we understand how to conquer roadblocks scattered along the way to success. One of the most important and effective ways of doing so is by standing by people who love you. In the movie, Nina felt like she was betraying her loved ones by leaving home; she was discouraged, but the people who loved her stepped up to encourage and comfort her.

This is a clear example of why one shouldn’t turn their back on their family to reach their dreams. Family is family, and they will welcome you with open arms, no matter the circumstance. You can only chase your dreams by keeping their support and love in your heart.

There are many more insightful lessons we can learn from In the Heights. So, read this list again whenever you need something that’ll steer you in the right direction!