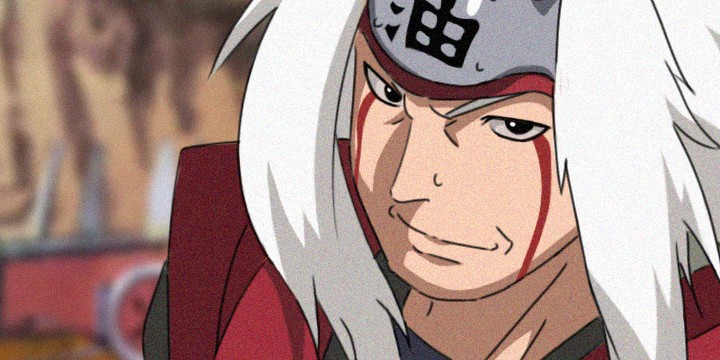 Learn from these top 30 Jiraiya quotes just like Naruto did.

His words of wisdom were deeply ingrained in the mind and heart of Naruto, the main protagonist of the anime, and there’s no doubt there are also a few things we can pick up from his teachings.

He had a different approach—learning wasn’t confined to the four corners of the classroom and it wasn’t only about him imparting his knowledge to his student.

He also let himself learn from his interactions with Naruto.

Check out the full collection below.

And make sure to read these Gaara quotes and Sailor Moon quotes.

1. “Wherever someone thinks of you, that’s where home is.”

3. “Even I can tell that hatred is spreading. I wanted to do something about it, but I don’t know what.”

5. “Let me explain something to you—there is only one thing that matters if you are a shinobi, and it isn’t the number of jutsu you possess. All you do need is the guts to never give up.”

6. “The true measure of a shinobi is not how he lives, but how he dies. It’s not what they do in life, but what they did before dying that proves their worth.”

7. “Any man that doesn’t learn to laugh at rejection, is worthless as a man.”

hurt others, they become hated and racked with guilt. But knowing that pain allows people to be kind.” width=”720″ height=”720″ />

10. “When people get hurt, they learn to hate. When people hurt others, they become hated and racked with guilt. But knowing that pain allows people to be kind.”

11. “You’re wrong, that’s not what makes a shinobi. You never did get it. A real ninja is one who endures, no matter what gets thrown at him.”

12. “Never go back on your word, and never give up. That’s your ninja way. And as your mentor, I have no business whining!”

13. “I think we all have to acknowledge you—Gamatatsu, Gamakichi, Sakura, Tsunade, and I. We all admit you’ve worked really hard, but I wonder what’s pushing you forward.”

14. “The student’s ninja way should be the master’s too! Isn’t that so, Naruto?”

16. “Now, my job is to help the next generation and set a good example for them. For that, I’ll gladly lay down my life, and I’ll be smiling the whole time.”

18. “Knowing what it feels to be in pain is exactly why we try to be kind to others.”

19. “I believe that the day will come when people can truly understand each other.”

20. “Protection is important, but there are some things that a person must learn on his own.”

21. “Getting dumped always makes a man stronger, but then again, men aren’t meant to pursue happiness.”

22. “Hatred is a strong emotion that can harness the worst inside a person, pushing them to commit heinous acts.”

23. “The most important thing for a shinobi is the spirit and the will to never give up.”

25. “Every shinobi is on a quest for self-improvement, and through perseverance, victory becomes the goal.”

26. “A person grows up when he’s able to overcome hardships.”

29. “When you feel your time has come, then I shall rewind time. When you feel alone, I’ll be there to wipe away the fears. You can’t see me, but I am there.”

30. “The route of self-discovery and becoming is a long one.”

What Did These Jiraiya Quotes Teach You About Life?

Jiraiya is definitely one of the most interesting characters in the anime. He was portrayed in an intriguing and humorous approach, but beneath all these things was a wise and knowledgeable person. Aside from being Naruto’s guide and teacher, his relationship with him went beyond that. Jiraiya was family. He was able to give Naruto the familial love he craved for most of his life. The quotes in this collection show just how much wisdom and love he was able to impart to his student, but above all, he was a gallant and kind character who passed on after touching the lives of many—both on-screen and off-screen.

Did you feel the love Jiraiya had for the people in his world and for Naruto? Do you have someone in your life that radiates the same kind of aura as Jiraiya? Tell us about it in the comments section below.