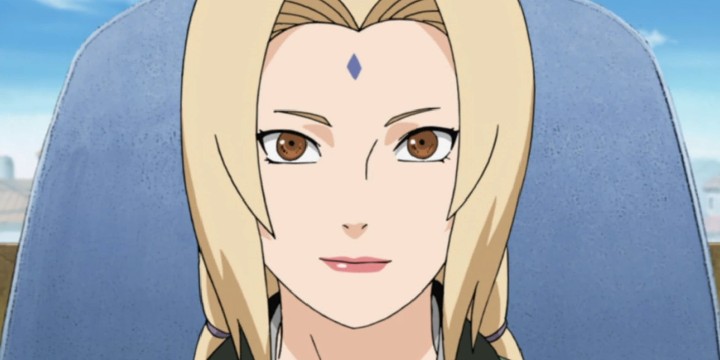 With the help of these Tsunade quotes, we’re positive that you’ll also be able to find and acknowledge the capabilities within you!

Tsunade is one of the major supporting characters in Naruto and is considered the strongest female ninja of her time.

Despite her strength, she turned her back on the ninja world when she lost her lover to the war. She was consumed by grief and the feeling of loss until she met Naruto.

For Tsunade, Naruto was a lot like her lover; this motivated her to get back on her feet once again.

She accepted the offer to be the Fifth Hokage, continued to develop her skills, and served their village. This decision led her to find her true strength and gave her back her purpose.

Read through these Tsunade quotes we’ve compiled if you need encouragement and healing after going through something painful and traumatic.

We’re sure they’ll inspire you to bounce back and be better than ever!

And don’t forget to check out these Pain quotes and Obito quotes.

1. “People become stronger because they have things they cannot forget. That’s what you call growth.”

3. “Only when it comes to money. My life is a different story. I’m still alive aren’t I?”

4. “Grow up. Death comes with being a shinobi. There are times when death is hard to accept, but if you don’t get over it, there’s no future.”

5. “Why am I putting my life on the line? Because now, I am the Fifth Hokage of the Village Hidden in the Leaves!”

6. “People like Jiraiya and Sarutobi, and Elder Chiyo of the Sand, possessed something you two sorely lack. Do you know what that is? Faith! My grandfather, the First Hokage, believed in you and entrusted you with the village. Now it’s your turn to believe in these children and entrust it to them!”

7. “I am a descendant of the First Hokage. It’s true that I don’t know how to use Wood Release. And compared to him, who was able to use medical ninjutsu without even making seals, it’s true that my own ninjutsu is nothing to brag about. And it’s true that I’m a woman, but I’m definitely not a weak woman. What I inherited from my grandfather isn’t just simple power. My true strength comes from that which was passed down from the First to each generation afterward. Don’t underestimate the Will of Fire!”

Tsunade Quotes That Reveal Her Strength

8. “With one finger. This is enough to take you down.”

9. “I am the Fifth Hokage. You’ve trampled on our ancestors’ treasure—their dream—and you will pay the price! As the Hokage, I will put a stop to you here and now!”

12. “Do you realize who you’re threatening? You’re going to regret saying that!”

13. “One of the Legendary Sannin taking on a snot-nosed genin. I oughta be ashamed of myself.”

14. “It’s a forbidden jutsu that applies only to me. Which means, I am the only medic ninja allowed to battle!”

Tsunade Quotes to Understand How Much She Trusts Naruto

15. “It’s because to be Hokage is your dream, isn’t it, Naruto? One last time—just one last time—I place the odds on you.”

16. “Naruto has a mysterious power. It makes people wanna bet on him.”

17. “The Will of Fire has passed to him and now it’s growing. Naruto is striving to surpass Jiraiya this very minute. That’s right! He’s not some hidden weapon for us to use in war. He’s a true shinobi and defender of the leaf. He is Naruto Uzumaki.”

19. “You’re the leader. It will be good training for you to try to tame the unstable.”

20. “Jiraiya, are you the one who taught him the Rasengan? Are you acting like a teacher by teaching him something he can’t master? Don’t give him any ideas! That’s why this kid likes to daydream that he’s going to become Hokage someday.”

Did These Quotes Inspire You to Go on a Journey to Discover Your Strength?

Tsunade might be a fictional character, but we can’t deny that we also find ourselves stuck in our past like her. Sometimes, it’s difficult to move on from situations that caused extreme pain, especially if justice has not been served.

But, when we don’t move forward, we are doing ourselves some harm. When we allow our past to hold us back, we also fail to reach our highest potential. That’s why, like Tsunade, we can first look for external motivations to take that one single step forward.

A lesson we can all learn from the Fifth Hokage is that it is crucial to surround ourselves with people who believe in us—people who truly inspire us. Our faith in ourselves will naturally follow. Before we know it, we will again be confident to take on any challenge from the world.

Let these Tsunade quotes lead you to the best version of yourself! You have all the time in the world to figure things out, so recover, stay inspired, and strive to be better!