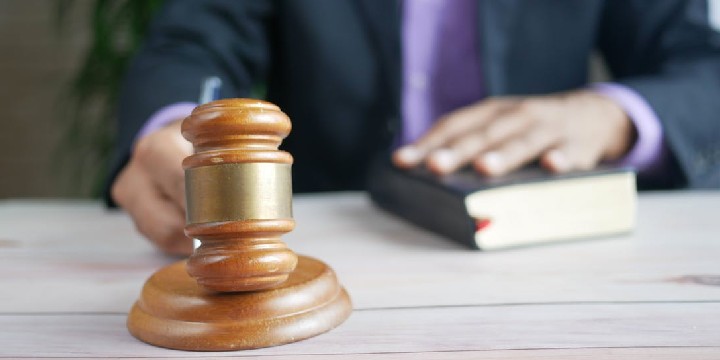 Read these top 60 justice quotes to understand the importance of morality and righteousness in our everyday lives!

Everyone, regardless of religion, race, or gender, is entitled to equal economic, political, and social opportunities. Each person on this planet has the right to be treated fairly and justly.

However, we cannot deny that this concept is biased toward some members of society. It is a sad truth that inequality and disparity exist in our community.

This imbalance is so evident that one cannot deny the rule of injustice over the world.

Even so, we must not allow ourselves to be blinded by the belief that the disparity between the rich and the poor is normal.

We should fight for a world where everyone is on an equal footing! After all, the world would be a much better place if we had a sense of fairness and justice for everyone.

If you find this topic interesting, read through this list of justice quotes we’ve prepared for you.

Allow these wise words to serve as a guide to help you better understand what you truly deserve and how you should treat everyone else!

And don’t forget to check out these mercy quotes and injustice quotes.

1. “In matters of truth and justice, there is no difference between large and small problems, for issues concerning the treatment of people are all the same.” – Albert Einstein

2. “Justice is the constant and perpetual will to allot every man his due.” – Domitus Ulpian

3. “The cry of the poor is not always just, but if you don’t listen to it, you will never know what justice is.” – Howard Zinn

4. “Justice will not be served until those who are unaffected are as outraged as those who are.” – Benjamin Franklin

5. “When justice is done, it brings joy to the righteous but terror to evildoers.” – Anonymous

6. “The true measure of the justice of a system is the amount of protection it guarantees to the weakest.” – Aung San Suu Kyi

7. “Justice is the first virtue of those who command, and stops the complaints of those who obey.” – Denis Diderot

8. “To go to a judge is to go to justice, for the ideal judge is, so to speak, justice personified.” – Aristotle

9. “The moral arc of the universe is long, but it bends toward justice.” – Martin Luther King Jr.

10. “There is no such thing as justice in the abstract; it is merely a compact between men.” – Epicurus

11. “Justice without mercy is little more than inhumanity.” – Albert Camus

13. “Justice resembles those chemical substances which can never be represented as completely pure, but only with the admixture of another substance.” – Arthur Schopenhauer

14. “Justice is the means by which established injustices are sanctioned.” – Anatole France

15. “Law without justice is a wound without a cure.” – William Scott Downey

16. “Justice is nothing else but the charity of the wise man.” – Gottfried Wilhelm von Leibniz

17. “Justice is neither for sale nor affordable.” – France Kern

19. “Justice is the right of the weakest. Fear is in the imagination, cowardice in character.” – Joseph Joubert

20. “Sometimes, the only way to get justice is to take it for yourself.” – Leigh Bardugo

Justice Quotes That Zoom in on Love and Peace

21. “No true love without justice and no true justice without love.” – Adolph Kolping

22. “Never forget that justice is what love looks like in public.” – Cornel West

23. “I should like to be able to love my country and still love justice.” – Albert Camus

24. “All pain is a punishment, and every punishment is inflicted for love as much as for justice.” – Joseph de Maistre

25. “The Lord loves righteousness and justice; the earth is full of His unfailing love.” – Anonymous

27. “The heart of justice may be compassion for others, but its origins and its passion are to be found in the more violent, even hostile.” – Robert C. Solomon

Powerful Justice Quotes to Provide You With Meaningful Insights

28. “Justice and power must be brought together so that whatever is just may be powerful, and whatever is powerful may be just.” – Blaise Pascal

29. “True freedom is nothing else but justice.” – Johann Gottfried Seume

30. “Justice gives to each his own, does not presume on others, and sets aside one’s own advantage where it is necessary to preserve the well of the whole.” – Ambrose

31. “Justice can sleep for years and awaken when it is least expected. A miracle is nothing more than dormant justice from another time arriving to compensate those it has cruelly abandoned.” – Mark Helprin

Justice Quotes to Reinforce Your Conviction for the Good

33. “Justice cannot be for one side alone, but must be for both.” – Eleanor Roosevelt

34. “Justice is the foremost virtue of the civilizing races. It subdues the barbarous nations, while injustice arouses the weakest.” – Jose Rizal

35. “Without justice in the world, we cannot have peace—the two are intertwined.” – Tessa Hicks Peterson

36. “Mercy is easier to practice than justice.” – Sully Prudhomme

37. “Justice is the sum of all moral duties.” – William Godwin

39. “Law is not law if it violates the principles of eternal justice.” – Lydia Maria Child

40. “Peace and justice are two sides of the same coin.” – Dwight D. Eisenhower

42. “The cause of justice is the cause of humanity. Its advocates should overflow with universal goodwill. We should love this cause, for it conduces to the general happiness of mankind.” – William Godwin

43. “Justice is never given; it is exacted, and the struggle must be continuous for freedom is never a final fact, but a continuing evolving process to higher and higher levels of human, social, economic, political, and religious relationships.” – A. Philip Randolph

44. “Justice consists in an exact and scrupulous regard to the rights of others, with a deliberate purpose to preserve them upon all occasions secret and inviolate.” – Wellins Calcott

46. “Ethics and equity and the principles of justice do not change with the calendar.” – D. H. Lawrence

47. “Justice commands us to have mercy upon all men, to consult the interests of the whole human race, to give to everyone his due.” – Cicero

49. “I believe in the equality of man; and I believe that religious duties consist in doing justice, loving mercy, and endeavoring to make our fellow creatures happy.” – Thomas Paine

50. “The criminal justice system is not colorblind. It does not work for all people equally, and that is why it’s critical to have a president who sends a signal that we are going to have a system of justice that is not just us, but is everybody.” – Barack Obama

More Justice Quotes for Everyone

51. “Justice is not to be taken by storm. She is to be wooed by slow advances.” – Benjamin N. Cardozo

52. “It is in justice that the ordering of society is centered.” – Aristotle

55. “Working for justice thrusts you out into the open spaces of social problems and frees you from a self-centered preoccupation with yourself and your own private salvation.” – T. Ronald Haney

56. “Freedom is justice, and until there is justice, there can be no freedom.” – Anonymous

58. “For all the cruelty and hardship of our world, we are not mere prisoners of fate. Our actions matter, and can bend history in the direction of justice.” – Barack Obama

59. “Justice is justly represented blind because she sees no difference in the parties concerned. She has but one scale and weight, for rich and poor, great and small.” – William Penn

60. “The Lord is known by His justice; the wicked are ensnared by the work of their hands.” – Anonymous

Did These Quotes Encourage You to Believe in the Power of Justice?

Justice is one of the most vital components of the morality of an individual. Sadly, not everyone knows what it truly entails, nor do they know how to apply it to themselves. This is why justice needs to be understood, first and foremost, within ourselves.

Then, as we move through life, we must recognize how justice works in each situation. For example, it’s shown in giving each person what they genuinely deserve or giving what is due to them. Everyone will then experience fairness in various ways and in multiple situations in life.

With that, we hope this collection of justice quotes was able to help you understand its significance and how it can improve our communities as a whole. Always remember that everyone has the right to justice and to living a just life. We just have to believe and demonstrate that fact to everyone!