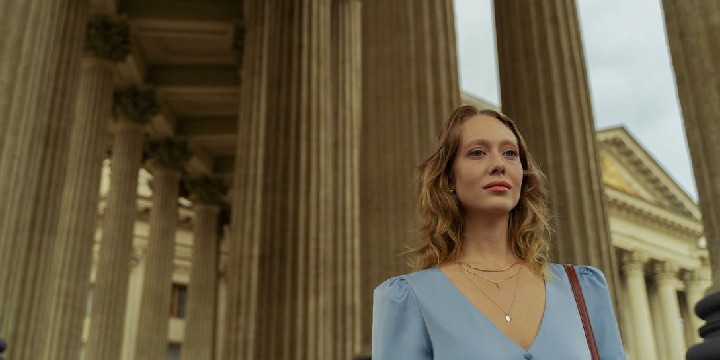 Reading this collection of the top 60 injustice quotes will help you gain the courage to speak up for honesty and truth in the face of inequality.

Since time immemorial, people across the globe have been suffering many injustices in their day-to-day lives.

This could be seen in the smallest things like shelter, food, and other basic necessities. It’s also manifested in bigger things like unresolved crime, corruption, racial discrimination, and more.

The entire world is impacted by injustice on so many different levels.

The imbalance between right and wrong and the rich and the poor has taken control of our thinking, causing us to lose hope in humanity and our communities.

However, we must not allow injustice to keep us in chains any longer. We must fight for what’s right and just for ourselves and others.

To start your fight against injustice, read our list of wise words and sayings below!

And make sure to check out these justice quotes and mercy quotes.

1. “Man cannot be freed by the same injustice that enslaved it.” – Pierce Brown

3. “When you believe in something, fight for it. And when you see injustice, fight harder than you’ve ever fought before.” – Brad Meltzer

4. “There is no injustice in the grace of God. God is as just when He forgives a believer as when He casts a sinner into hell.” – Charles Spurgeon

5. “If we won’t fight injustice wherever we see it, then we are not safe from suffering injustice ourselves.” – Peter Hitchens.

6. “Always seek justice, but love only mercy. To love justice and hate mercy is but a doorway to more injustice.” – Criss Jami

7. “It takes great courage to open one’s heart and mind to the tremendous injustice and suffering in our world.” – Vincent A. Gallagher

8. “You can only watch injustice go on for so long until you’re compelled to say something. To speak out against it.” – Macklemore

10. “Stand up to injustice, even if you stand alone.” – Suzy Kassem

11. “There may be times when we are powerless to prevent injustice, but there must never be a time when we fail to protest.” – Elie Wiesel

12. “We must stand firmly against injustice. And against those who promote it.” – Mitta Xinindlu

13. “The human voice is still the most paramount vessel or weapon to use, to uphold justice and to protest against injustice.” – Sunday Adelaja

14. “Justice doesn’t mean the absence of injustice; it means the presence of the determination to stand up to injustice.” – Abhijit Naskar

15. “If it is nothingness that awaits us, let us make an injustice of it; let us fight against destiny, even though without hope of victory.” – Miguel de Unamuno

16. “Fight injustice, so that our children might be blessed.” – Rick Perlstein

17. “I am a person who is unhappy with things as they stand. We cannot accept the world as it is. Each day we should wake up foaming at the mouth because of the injustice of things.” – Hugo Claus

20. “Silence in the face of injustice, is injustice in action.” – C. JoyBell

21. “Nothing can make injustice just but mercy.” – Robert Frost

23. “There can be no criminal intent in resisting injustice.” – Lysander Spooner

24. “Injustice on one life is injustice on all lives.” – Abhijit Naskar

26. “Those who commit injustice bear the greatest burden.” – Hosea Ballou

28. “To forgive and accept injustice is cowardice.” – Mahatma Gandhi

30. “Injustice is the freedom of those who are unequal.” – Jacobi

31. “To do injustice is more disgraceful than to suffer it.” – Plato

Bite-Sized Injustice Quotes That You Should Not Miss

33. “The worst form of injustice is pretended justice.” – Plato

34. “Injustice is relatively easy to bear; what stings is justice.” – H.L. Mencken

Injustice Quotes That’ll Help You Discern the Importance of Equality

38. “If you tremble with indignation at every injustice, then you are a comrade of mine.” – Che Guevara

39. “The wound caused by injustice is better healed by the hand which inflicts it.” – Hannah M. Rathbone

40. “It is sometimes claimed that justice is not a matter of reasoning at all; it is one of being appropriately sensitive and having the right nose for injustice.” – Amartya Sen

41. “Let us give practical recognition to the injustices of the past, by building a future based on equality and social justice.” – Nelson Mandela.

42. “There can be no peace as long as there is grinding poverty, social injustice, inequality, oppression, and environmental degradation, and as long as the weak and small continue to be trodden by the mighty and powerful.” – Dalai Lama

43. “Justice is my being allowed to do whatever I like. Injustice is whatever prevents my doing so.” – Samuel Johnson

44. “He who commits injustice is ever made more wretched than he who suffers it.” – Plato

45. “People don’t always get what they deserve in this world.” – Lemony Snicket

46. “The caterpillar does all the work, but the butterfly gets all the publicity.” – George Carlin

47. “Whosoever does wrong, wrongs himself; whosoever does injustice, does it to himself, making himself evil.” – Marcus Aurelius

48. “If you can live amid injustice without anger, you are immoral as well as unjust.” – Thomas Aquinas

49. “Racism and injustice and violence sweep our world, bringing a tragic harvest of heartache and death.” – Billy Graham

50. “The only social injustice in the world is that the harder the job, the less it pays off.” – Mwanandeke Kindembo

51. “Gender injustice is a social impairment and therefore has to be corrected in social attitudes and behavior.” – Mohammad Hamid Ansari

52. “Every social injustice is not only cruel, but it is economic waste.” – William Feather

53. “Injustice and lawlessness is the greatest terror a government can ever enforce on its own people!” – Mehmet Murat İldan

55. “When you see injustice among the nations, you will find out that the root cause is covetousness.” – Sunday Adelaja

56. “The vote is the most powerful instrument ever devised by man for breaking down injustice and destroying the terrible walls which imprison men because they are different from other men.” – Lyndon B. Johnson

More Injustice Quotes to Get Insights on Our Harsh Reality

58. “Injustice is censured because the censures are afraid of suffering, and not from any fear which they have of doing injustice.” – Plato

59. “Some things you must always be unable to bear. Some things you must never stop refusing to bear. Injustice and outrage and dishonor and shame. No matter how young you are or how old you have got. Not for kudos and not for cash: your picture in the paper nor money in the bank either. Just refuse to bear them.” – William Faulkner

60. “And yet the feeling of injustice itself turned out to be strangely physical. Even realer, in a way, than her hurting, smelling, sweating body. Injustice had a shape, a weight, and a temperature, and a texture, and a very bad taste.” – Jonathan Franzen

Did These Quotes Inspire You to Fight for What Is Right?

Injustice has always been present in society. But, we don’t have to get stuck and treat it as a norm. Instead, we must wake up, stand firm, and fight for what is right.

It’s also important to remember that every member of the community should be treated fairly and justly. If not—even if there’s only one person left who’s treated with injustice—we cannot honestly say that we live a just, free, and meaningful life.

It will be challenging to eradicate injustice’s very core. However, we must stand firm against injustice, even if we feel like we’re all alone in our journey.

The fight against injustice must start within ourselves. Nothing is impossible in this world as long as we work hand-in-hand for the benefit of everyone—to end injustice.

The injustice we see in our world can be infuriating, but never stop fighting. Like what we’ve learned from the quotes in the list, take the brave step of fighting for what you believe to be right and just!