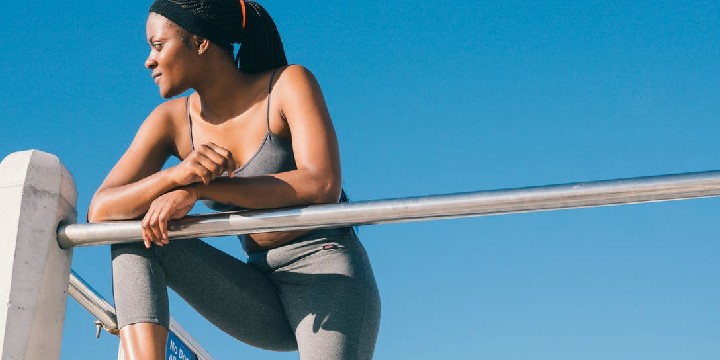 Maintaining a positive attitude despite your daily struggles can be hard, so check out these keep trying quotes we’ve compiled for you!

More often than not, it’s impossible to conquer our battles in one go. This means we must keep trying and making new improvements to be more equipped to succeed in life.

Life will never be easy, and it’s a given that obstacles will surround us every step of the way. So, you have to remind yourself daily that you just have to keep trying, no matter what.

Never lose hope! Just repeat to yourself, “If there’s a will, there’s a way!” If you need a little push, this list is perfect for you!

And make sure to read these trying quotes and think before you speak quotes.

1. “Survival can be summed up in three words—never give up. That’s the heart of it, really. Just keep trying.” – Bear Grylls

2. “When we stumble, don’t get discouraged. Get up and keep trying.” – Dieter F. Uchtdorf

3. “When things go right, and they go right a lot—you just got to keep trying there is nothing to really laugh about.” – Ronnie Apteker

4. “Every failure is just another step closer to a win. Never stop trying.” – Robert M. Hensel

5. “When something you make doesn’t work, it didn’t work, not you. You, you work. You keep trying.” – Zach Klein

6. “Try. Try again. Try once again. Keep trying until you permit yourself to fail.” – Anonymous

8. “Try, try, try, and keep on trying is the rule that must be followed to become an expert in anything.” – W. Clement Stone

11. “Try again; you have millions of alternatives. Fill yourself with the bullets of hope, and you will kill failure with one shot.” – Israelmore Ayivor

13. “You’ve got to try and do your best, and the failure is what’s funny. But you can’t be aware of the failure, you’ve just got to keep trying to do your best.” – Bret McKenzie

14. “Until we have met the monsters in ourselves, we keep trying to slay them in the outer world. And we find that we cannot. For all darkness in the world stems from darkness in the heart. And it is there that we must do our work.” – Marianne Williamson

15. “We will all fail in life, but nobody has to be a failure. Failing at a thing doesn’t make you a failure. You are only a failure when you quit trying.” – Joyce Meyer

16. “Just because you fall once doesn’t mean you’re falling at everything. Keep trying, hold on, and always trust yourself, because if you don’t, then who will?” – Marilyn Monroe

17. “Most of the important things in the world have been accomplished by people who have kept on trying when there seemed to be no hope at all.” – Dale Carnegie

19. “Be talented enough to make it and stupid enough to keep trying.” – David Alan Grier

Keep Trying Quotes for Everyone Who Wants to Succeed

22. “Success is achieved and maintained by those who try and keep trying.” – W. Clement Stone

23. “What is more important than success and failure is that you continue trying.” – Pooja Agnihotri

24. “Every time you try again, you are closer to success.” – Anonymous

25. “Try again and never give up, for only in trying can one succeed.” – Anonymous

26. “There is no such thing as a failure who keeps trying.” – John Popper

27. “There is no failure except in no longer trying.” – Elbert Hubbard

29. “A failure is not always a mistake; it may simply be the best one can do under the circumstances. The real mistake is to stop trying.” – B. F. Skinner

32. “Set your target and keep trying until you reach it.” – Napoleon Hill

33. “The most important thing is to keep trying.” – Dieter F. Uchtdorf

34. “You’ll learn from each time you have to try again.” – Anonymous

36. “Keep trying until you have no more chances left.” – Aimee Carter

39. “I will never stop trying. Because when you find the one—you never give up.” – Cal Weaver

40. “Just don’t give up trying to do what you really want to do.” – Ella Fitzgerald

Did These Keep Trying Quotes Motivate You to Strive More in Life?

To achieve greatness, one must be willing to try and try again. When we keep trying, no matter how tough it gets, we shape ourselves to become more resilient and determined people capable of facing life’s challenges head-on.

If we keep on trying, we will never get derailed from our paths. We will acknowledge all failures and roadblocks as temporary stepbacks and consider them as stepping stones to improve our capabilities. So, if you want to be victorious in whatever you plan to pursue, make sure you hold on to faith and just keep trying!

Never let your failures demotivate you. They are inescapable and inevitable parts of any endeavor. So, like what we’ve learned from our collection above, be optimistic, move forward, and keep trying!