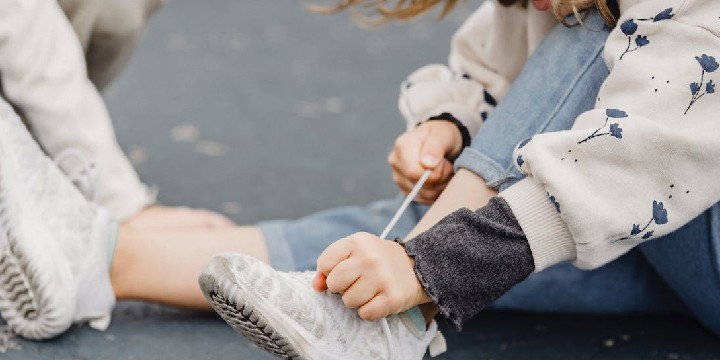 When you continuously fail, it’s hard to stay motivated; so read through these trying quotes and energize yourself!

Whenever you want to achieve something, the only thing you need to do is try it out. However, don’t mistakenly think you’ll succeed in one go.

After all, some of the most successful people in our world have failed countless times before achieving the status and influence they have now. So, when you fail, don’t give up. Instead, boost your determination to persevere despite your hardships.

Like the world’s most influential people, you can become who you want to be if you don’t stop trying. The setbacks and rejections you’ll experience are only stepping stones toward your path to success.

So, if you need help changing your mindset, read through this list of the best trying quotes to change your perspective in life and success!

And don’t miss out these keep trying quotes and think before you speak quotes.

1. “There’s doubt in trying. Just do it or stop thinking.” – Toba Beta

2. “Most people can learn a lot more than they think they can. They sell themselves short without trying.” – Elon Musk

3. “Most people spend more time and energy going around problems than trying to solve them.” – Henry Ford

4. “Life is about trying things to see if they work.” – Ray Bradbury

6. “I try. I am trying. I was trying. I will try. I shall, in the meantime, try. I sometimes have tried. I shall still by that time be trying.” – Diane Glancy

7. “Life isn’t about winning or losing; it’s about getting up and trying again.” – Daniel L. Lewis

9. “Trying too hard to be too good, even when trying to be bad, is too good for the bad, too bad for the good.” – Dejan Stojanovic

11. “Just don’t give up trying to do what you really want to do. Where there is love and inspiration, I don’t think you can go wrong.” – Ella Fitzgerald

12. “Everyone tried with me. And every time, it felt like the whole point of life was to see if trying was ever enough.” – David Levithan

13. “You live once. That’s exactly why you should try everything that you never had a try of.” – Anonymous

Trying Quotes for Everyone Who Needs One More Chance

15. “To learn something new, you need to try new things and not be afraid to be wrong.” – Roy T. Bennet

16. “We can do all things through Christ who strengthens us, but frankly we won’t if we’re too afraid to try.” – Beth Moore

18. “Trying is a part of failing. If you are afraid to fail, then you’re afraid to try.” – Mrs. Cunningham

19. “Just try new things. Don’t be afraid. Step out of your comfort zones and soar, all right?” – Michelle Obama

20. “I will never stop trying. Because when you find the one—you never give up.” – Cal Weaver

23. “Don’t bother people for help without first trying to solve the problem yourself.” – Colin Powell

24. “Life is about taking chances, trying new things, having fun, making mistakes and learning from it.” – Anonymous

26. “Maybe the hardest part of life is just having the courage to try.” – Rachel Hollis

27. “Half our life is spent trying to find something to do with the time we have rushed through life trying to save.” – Will Rogers

28. “We will all fail in life, but nobody has to be a failure. Failing at a thing doesn’t make you a failure. You are only a failure when you quit trying.” – Joyce Meyer

29. “I am a woman in process. I’m just trying like everybody else. I try to take every conflict, every experience and learn from it. Life is never dull.” – Oprah Winfrey

Trying Quotes to Rekindle Your Hope

31. “Try again; you have millions of alternatives. Fill yourself with the bullets of hope, and you will kill failure with one shot.” – Israelmore Ayivor

32. “Most of the important things in the world have been accomplished by people who have kept on trying when there seemed to be no hope at all.” – Dale Carnegie

33. “The most important thing, in anything you do, is always trying your hardest because even if you try your hardest and it’s not as good as you’d hoped, you still have that sense of not letting yourself down.” – Tom Holland

Meaningful Trying Quotes to Show the Value of Failure

34. “The one who falls and gets up is stronger than the one who never tried. Do not fear failure but rather fear not trying.” – Roy T. Bennett

35. “A failure is not always a mistake; it may simply be the best one can do under the circumstances. The real mistake is to stop trying.” – B. F. Skinner

36. “Each mistake teaches you something new about yourself. There is no failure, remember, except in no longer trying. It is the courage to continue that counts.” – Chris Bradford

37. “Defeat is not the worst of failures. Not to have tried is a true failure.” – George Edward Woodberry

38. “Don’t worry about failures, worry about the chances you miss when you don’t even try.” – Jack Canfield

39. “I can accept failure; everyone fails at something. But I can’t accept not trying.” – Michael Jordan

40. “It is common sense to take a method and try it. If it fails, admit it frankly and try another. But above all, try something.” – Franklin D. Roosevelt

41. “Failure doesn’t mean the game is over. It means try again with experience.” – Anonymous

42. “Every failure is just another step closer to a win. Never stop trying.” – Robert M. Hensel

43. “Do not give up dreaming. Failure is no reason to stop trying.” – Alan Maiccon

Trying Quotes to Help You Believe In Yourself

44. “Unless you open yourself up to trying new things, you can’t find what you love.” – Anonymous

45. “Don’t let fear or insecurity stop you from trying new things. Believe in yourself. Do what you love. And most importantly, be kind to others, even if you don’t like them.” – Stacy London

47. “If you’re you, it doesn’t matter if you’re the most boring person in the world: someone will like you. You’re not trying to be anyone else.” – Lil Uzi Vert

48. “As a person, I’m just trying to be better than I was yesterday and continue to elevate.” – Gabriella Wilson

49. “Be proud of yourself. Be proud that your heart and intentions are good. Be proud of the fact that you are trying.” – Richelle E. Goodrich

50. “Before you doubt yourself, do something. Before you quit, try again. Before you leave, get back in.” – Michael Bassey Johnson

Trying Quotes for People Who Are Trying to Hold On

Other Trying Quotes for Your Motivation

56. “Success is achieved and maintained by those who try and keep trying.” – W. Clement Stone

58. “Survival can be summed up in three words: never give up. That’s the heart of it, really. Just keep trying.” – Bear Grylls

60. “Keep trying until you have no more chances left.” – Aimee Carter

Do You Think Trying Is the First Step Toward Success?

Everyone has to climb multiple mountains embedded with life’s challenges to succeed. If you think it’ll be hard, don’t fret. You only need to try, try once more, and try again; after every try, you’ll find yourself one step closer to the goal you’ve always dreamed of!

Sadly, people tend to give up even without trying. They plan ahead and see what they need to do to move forward. But, when they encounter new things, fear overcomes their drive to achieve more.

This is not a good and effective way to go about life. We must be determined to succeed and push to persevere, no matter how tough things get. It’ll take more than one try, but everything will be worth it in the end!

It’s okay to take breaks but never give up. When you make a complete stop, it means you’ve stopped trying, too. This will then lead you to a stagnant and boring life.

With that, we hope these meaningful quotes were able to change your perspective when it comes to trying. Let your determination be your strength and foundation to keep going. Never be afraid to fail because it’s all part of life!