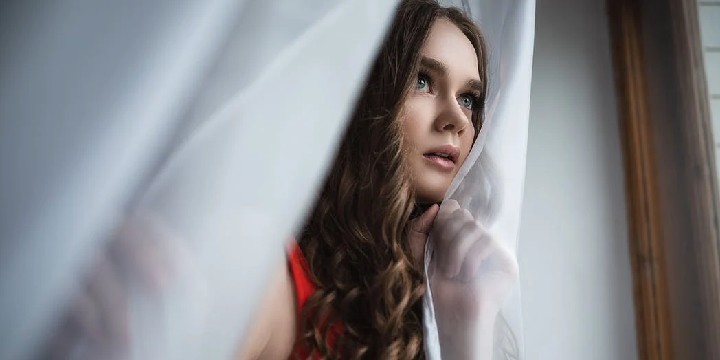 This list of mind-blowing quotes will inspire you to live a more fulfilling and exciting life!

No one in the world would be bored by mind-blowing things. Everyone loves discoveries, new ideas, and learning unexpected things.

But, the word “mind-blowing” is subjective and can mean many things to a lot of people.

For some, it means something extraordinary that makes us look at the world through a different lens. For others, it’s a term used to describe their feelings when their beliefs are challenged.

Whatever it is for you, a mind-blowing experience will change your life. So, check out this collection if you want something that’ll leave a mark on your mind!

Our list below will give you a chance to experience something truly unforgettable!

And make sure to read these brilliant quotes and epic quotes.

The Most Mind-Blowing Quotes

1. “What was after the universe? Nothing. But was there anything around the universe to show where it stopped before the nothing place began?” – James Joyce

2. “Can you remember who you were before the world told you who you should be?” – Charles Bukowski

3. “Listen, are you breathing just a little and calling it a life?” – Mary Oliver

4. “If we are really ready for thinking, not the traditional, conventional, rehashed thinking, but the exploratory and adventurous thinking, we can move forward and discover the astounding appeal of new mind-blowing visions.” – Erik Pevernagie

5. “We have been to the moon, we have charted the depths of the ocean and the heart of the atom, but we have a fear of looking inward to ourselves because we sense that is where all the contradictions flow together.” – Terence McKenna

Powerful Mind-Blowing Quotes for That Boost You Need

6. “It always rains hardest on those who deserve the sun.” – Anonymous

7. “Life is the most difficult exam. Many people fail because they try to copy others, not realizing that everyone has a different question paper.” – Anonymous

8. “If you cry because the sun has gone out of your life, your tears will prevent you from seeing the stars.” – Rabindranath Tagore

10. “If you don’t go after what you want, you’ll never have it. If you don’t ask, the answer is always no. If you don’t step forward, you’re always in the same place.” – Nora Roberts

11. “If the world was blind, how many people would you impress?” – Anonymous

15. “There are no passengers on spaceship earth. We are all crew.” – Marshall McLuhan

17. “Nothing is immune to time. Not even eternity.” – Mike Carey

18. “Most people would sooner die than think; in fact, they do so.” – Bertrand Russell

19. “Everything measurable passes. Everything that can be counted has an end. Only three things are infinite: the sky in its stars, the sea in its drops of water, and the heart in its tears.” – Gustave Flaubert

20. “There are entire civilizations who have not known that water has a solid form as well.” – Anonymous

22. “Both concrete and glass are mostly made of sand which makes skyscrapers just really tall sandcastles.” – Anonymous

23. “Most modern human beings know so little about everything that they could not rebuild anything if they were taken 200 years back in time.” – Anonymous

24. “The pendulum of the mind alternates between sense and nonsense, not between right and wrong.” – Carl Jung

26. “The age of the stars had come to an end. Once in a billion years, a feeble supernova illuminated the vestiges of its home; brown dwarfs, neutron stars, blackholes—lifeless echoes of their former majesty.” – Jake Vander Ark

29. “If a man who cannot count finds a four-leaf clover, is he lucky?” – Stanisław Jerzy Lec

31. “You don’t drown by falling in the water; you drown by staying there.” – Edwin Louis Cole

33. “Thousands of candles can be lighted from a single candle, and the life of the candle will not be shortened.” – Buddha

Poetic Mind-Blowing Quotes to Reflect On

34. “One does not become enlightened by imagining figures of light, but by making the darkness conscious.” – Carl Jung

35. “When the wind of change blows, some people build walls, others build windmills.” – Chinese Proverb

36. “For thought is a bird of space, that in a cage of words may indeed unfold its wings but cannot fly.” – Kahlil Gibran

38. “The snake which cannot cast its skin has to die. As well the minds which are prevented from changing their opinions; they cease to be mind.” – Friedrich Nietzsche

39. “The nature of man is sufficiently revealed for him to know something of himself and sufficiently veiled to leave much impenetrable darkness, a darkness in which he ever gropes, forever in vain, trying to understand himself.” – Alexis de Tocqueville

Mind-Blowing Quotes That Will Change Your Life

40. “We all have two lives. The second one starts when we realize we only have one.” – Confucius

41. “If your mind carries a heavy burden of past, you will experience more of the same. The past perpetuates itself through a lack of presence. The quality of your consciousness at this moment is what shapes the future.” – Eckhart Tolle

42. “The most ordinary things in life are also the most mysterious and profound.” – Marty Rubin

43. “When people think about traveling to the past, they worry about accidentally changing the present. But no one in the present really thinks they can radically change the future.” – Kai

44. “A mind that is stretched by a new experience can never go back to its old dimensions.” – Oliver Wendell Holmes

45. “When you train your eyes to see the magic and miracles in the little things, you open the door for your whole life to shift.” – Carol Woodliff

47. “Apparently, a lemon is not naturally occurring and is a hybrid developed by crossbreeding a bitter orange and a citron. Life never gave us lemons; we invented them all by ourselves.” – Anonymous

48. “Millions saw the apple fall, but Newton was the one who asked why.” – Bernard Baruch

49. “If elevators hadn’t been invented, all the CEOs and important people would have their offices on the first floor as a sign of status.” – Anonymous

51. “If money doesn’t grow on trees, why do banks have branches?” – Anonymous

52. “When you’re a kid, you don’t realize you’re also watching your mom and dad growing up.” – Anonymous

54. “We laugh at dogs getting excited when they hear a bark on TV, but if the TV was a nonstop stream of unintelligible noises and then someone suddenly spoke to you in your language, you’d be pretty fucking startled too.” – Simone Biles

55. “Only when the last tree has died, and the last river has been poisoned and the last fish been caught will we realize we cannot eat money.” – Indian Proverb

56. “We can speak and think only of what exists. And what exists is uncreated and imperishable, for it is whole and unchanging and complete. It was not or nor shall be different since it is now, all at once, one and continuous.” – Parmenides

57. “If the doors of perception were cleansed, everything would appear as it truly is—infinite.” – William Blake

More Mind-Blowing Quotes to Make You Believe in the Impossible

58. “What if Earth is like one of those uncontacted tribes in South America? Like of the whole galaxy agreed not to contact us until we find them first.” – Anonymous

What’s the Most Mind-Blowing Discovery You’ve Encountered in Your Life?

The term “mind-blowing,” in the strictest sense, means something that would cause hallucinatory effects. But now, this term is also used in our society as an idiom for something unexpected, extraordinary, and unforgettable.

As we become more aware of our surroundings, we uncover the deeper meanings of many things. We also learn that everything in life can be interpreted in various ways. This is the reason why our lives are much more interesting and exciting!

Indeed, when we encounter mind-blowing things, it seems that the things that the world has to offer us are endless. Through them, we allow our minds and imaginations to stretch and push past what we consider normal.

With that, we hope this list of mind-blowing quotes was able to give you a new perspective on the world around you. Remember, these quotes are just tools to get you started on a more fulfilled and mindful life. So, don’t stop there; continue learning and growing, and most importantly, always keep an open mind!