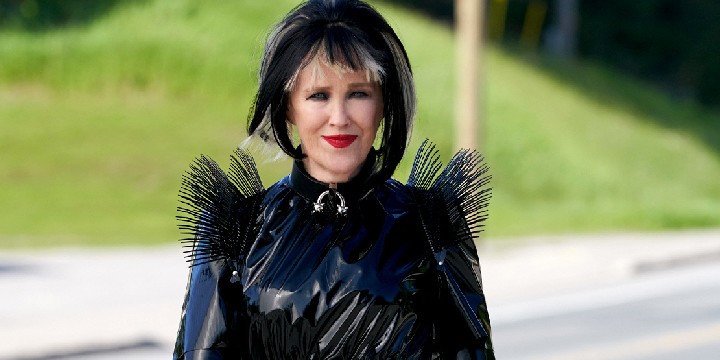 These Moira Rose quotes are as iconic as the woman who said them, and they’ll make you want to watch Schitt’s Creek again!

Moira Rose is the female protagonist of the Canadian comedy-drama series, Schitt’s Creek. She has a tendency to be dramatic at times, but her approach to dealing with change in her life will inspire you.

Moira Rose was once a wealthy daytime soap star. Unfortunately, she and her family lost their fortune and are forced to live in a small town. This new lifestyle is the complete opposite of what she’s used to, and she’ll encounter many ups and downs that’ll make her a better person in the end.

Check out this collection of Moira Rose quotes that will not only make you laugh but will also inspire you on how she helped her family deal with life’s difficulties. Let’s all learn from Schitt’s Creek’s most peculiar and eccentric mom!

And make sure to check out these Schitt’s Creek quotes and David Rose quotes.

1. “Life is but a strand of happy accidents.”

2. “When one of us shines, all of us shine. That is the meaning of ensemble.”

5. “Gossip is the devil’s telephone. Best to just hang up.”

6. “You are blind to reality and for that, I am most proud.”

7. “Whatever you do, rock onwards and upwards.”

8. “You must prepare for life, and whatever it will throw at you. The opportunities will diminish, and the ass will get bigger.”

9. “What you did was impulsive, capricious, and melodramatic―but it was also wrong.”

11. “David, you are bored, lethargic, and practically dripping with ennui.”

12. “You should see my schedule. I’m positively bedeviled with meetings, etc.”

13. “The world is falling apart around us John, and I’m dying inside.”

14. “I’ve been gutted! John, I’ve been stripped of every morsel of pleasure I earned in this life.”

15. “Oh, be careful, John, lest you suffer vertigo from the dizzying heights of your moral ground.”

16. “How was I to know you were in peril? You keep everything inside, like a bashful clam!”

17. “I can hardly hear you, John! The cheering and accolades are drowning out your gentle voice.”

19. “Social media is an amusement park for clinical narcissists.”

21. “I am ready for this! Otherwise, the pressure could be crippling.”

22. “Who knows what will befall us tomorrow, John? You could be hit by a Mack truck or bopped on the head by a tiny piece of space debris.”

26. “Why must you be so constantly irksome?”

28. “Your wayfaring thespian has returned.”

Moira Rose Quotes and Pieces of Advice for Her Children

33. “If airplane safety videos have taught me anything, David, it’s that a mother puts her own mask on first.”

34. “Alexis something Rose. We have so many disasters bombarding us right now, my dear, the middle name of an ungrateful child is hardly a priority.”

35. “Alexis, what have I told you about putting your body on the internet? Never! Never without proper lighting.”

36. “David, your inability to retain information that doesn’t directly pertain to you might actually require medical attention.”

37. “Alexis, don’t be ridiculous. That’s exactly the kind of paranoia that makes me weary of spending time with you.”

38. “I had just had my eyelashes dyed. Everything was cloudy!”

39. “I’m eating egg whites and hoping the building will collapse.”

Did These Moira Rose Quotes Help You Deal With the Changes in Your Life?

Moira Rose was an actress and singer whose career was on the verge of failure. She is also an eccentric mother who manages to love and care for her family in an unusual way.

Moira was a terrible mother in the past. It’s not that she didn’t care at all for her children, but her mothering attempts were frequently awkward. However, as the series progressed, Moira learned to express her love and care for others, and she developed a better relationship with her family.

Remember, life will never be easy, but your family can make it more bearable. After all, at the end of the day, family is what truly matters, and they’re the ones who will never abandon you. We hope that these Moira Rose quotes were able to help you deal with life’s changes and find happiness in the company of your loved ones.

Which of these Moira Rose quotes is your favorite? Please, comment below!