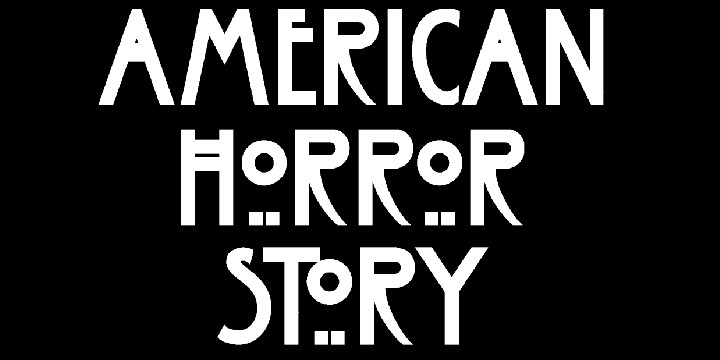 These American Horror Story quotes are perfect for everyone who loves scary and creepy movies and series!

American Horror Story is well-known for its gruesome acts and violence that will make you cringe. And, as a Golden Globe winner for Best Television Series, you might agree that it’s not your average horror show.

Because of its clever lines and great dialogue, it became a household name worldwide. No matter where you are, we’re sure you’ve heard of American Horror Story in one way or another.

So, whether you’re an avid fan of the series or not, these quotes will definitely entertain you—and maybe even scare you. Make sure you don’t miss out on this classic by reading through to the end!

And don’t forget to read these Schitt’s Creek quotes and The Vampire Diaries quotes.

3. “The cruelest thing of all is false hope.” – Sister Jude

4. “If you love someone, you should never hurt them.” – Tate Langdon

5. “Living with secrets is not healthy.” – Oliver Thredson

6. “Messes are always forgiven the first time.” – The Countess

7. “Mental illness is the fashionable explanation for sin.” – Sister Jude

8. “Life is too short for so much sorrow.” – Nora Montgomery

9. “If you want to feel the magic of cause and effect you have to have a purpose.” – Liz Taylor

10. “If you look into the face of evil, evil’s gonna look right back at you.” – Sister Jude

11. “Man shall not lie with man. It is an abomination.” – Constance Langdon

12. “A man with no label has an allegiance only to what is right.” – Kai Anderson

13. “When bad things keep happening to good people, you start to question what is right and what is wrong.” – Jimmy Darling

14. “Now I understand. Tragedy was preparing me for something greater. Every loss that came before was a lesson.” – Constance Langdon

17. “I think everyone in this world thinks they’re either blessed or cursed.” – The Countess

20. “We are a Christian country. Everybody loves a resurrection.” – Kai Anderson

21. “No matter how gruesome or horrible the murder, you can always find someone who’ll buy the house.” – Marcy

22. “You were wrong. There is something more dangerous in this world than a humiliated man: a nasty woman.” – Ally Mayfair-Richards

23. “You see everything when the world doesn’t see you.” – Liz Taylor

24. “You can write your own destiny. You can still turn away.” – Cordelia Foxx

25. “I have long stopped wondering why the mad, do mad things.” – Constance Langdon

26. “There’s no excuse for tardiness when there’s nothing else to do.” – Mr. Menable

27. “The world is a filthy place. It’s a filthy goddamn horror show. There’s just so much pain, y’know?” – Tate Langdon

28. “Is there anything more wonderful than the promise of a new child—or more heartbreaking when that promise is broken?” – Constance Langdon

31. “We have two selves. One the world needs us to be—compliant. And the shadow—ignore it and life is forever suffering.” – The Countess

32. “We all fear that we will end up alone, that love will be pulled from us.” – Elsa Mars

33. “I look at you and I don’t see a man. I see a sad, scared little boy so pathetic he couldn’t even kill me with a thousand nuclear bombs.” – Cordelia Foxx

American Horror Story Quotes for All the Men and Women Worldwide

34. “I’ve had men trying to shut me up since I was a little girl. What is it about little girls that scares men so much?” – Valeria Solanas

35. “Men are simply not equal to women when it comes to magical ability.” – Cordelia Foxx

36. “You girls need to learn to fight. When witches don’t fight, we burn.” – Fiona Goode

37. “Men are never gonna accept a woman taking charge, especially not a woman as strong as you are.” – Frank McCann

38. “I’m not naive to the ways of men. Their need to objectify, conquer. They see what they want to see. Women, however, see into the soul of a person.” – Moira O’Hara

Hank Foxx: “Because bitches stick together?”

Fiona Goode: “Because females are more loyal and aggressive when it comes to protecting their family.”

42. “The one thing about the dead is they’ve got nothing left to lose.” – Larry Harvey

American Horror Story Quotes That Will Make You Cringe

43. “The dead can hold a grudge better than most Scorpios.” – Billie Dean Howard

45. “In this whole wide wicked world the only thing you have to be afraid of is me.” – Fiona Goode

47. “You will learn, it isn’t our precious virus that makes you. It isn’t who you kill or who you screw. It’s the heartbreaks. The bigger, the better. I know better than any of us.” – The Countess

49. “I can either cut your throat or I can strangle you. I don’t believe in guns.” – Dr. Oliver Thredson

50. “My monsters, the ones you call depraved, they are the beautiful, heroic ones.” – Elsa Mars

Did These American Horror Story Quotes Give You Goosebumps?

American Horror Story is a 10-season horror anthology created by Ryan Murphy and Brad Falchuk. Each season takes place in a new location and introduces a new cast of characters. This variety kept viewers on the edge of their seats from start to finish!

Aside from the thrilling scenes, the show is also praised for the lessons it imparts. Some of it stems from the fact that you can’t run away from your problems and must accept responsibility for your actions. With 10 seasons under its belt, we’re sure that if you take your time to look at things from a deeper point of view, you’ll also get more lessons from the characters and their lines!

American Horror Story is not for the faint of heart, but the suspense and mysteries are well worth your screams. With that, we hope that this collection of quotes was able to take you back to some of your favorite scenes! Make sure you share these quotes with your friends who are also fans of the series.