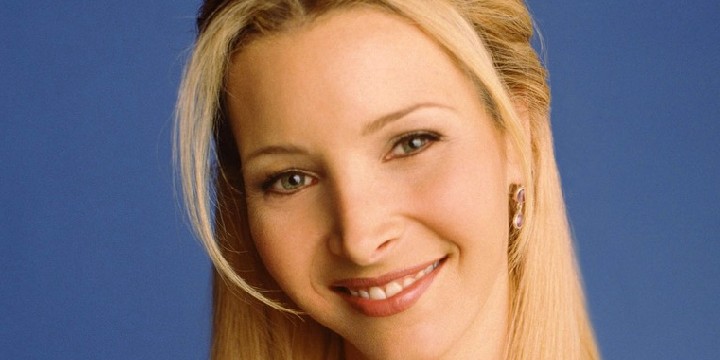 Travel back to your favorite American sitcom through this list of Phoebe Buffay quotes that’ll never get old!

Phoebe Buffay is probably the most eccentric out of the six friends. Many viewers even like her the least because of her odd views and beliefs.

However, true Friends fans will know that Phoebe encountered many sad events when she was younger, shaping her personality as an adult.

Though that’s the case, you wouldn’t know it just by looking at Phoebe.

She’s energetic, vibrant, and fills the room with color and joy. She’s found such great friends that grew and matured with her, helping her move on from her painful past.

Though she utters some pretty strange ideas, she symbolizes acceptance and strength.

She doesn’t conform to others’ opinions; instead, she embraces being the weird one in the group.

There are many insights to learn from this Friends character, so make sure you read through to the end.

And don’t forget to check out these Friends TV Show quotes and Chandler Bing quotes.

3. “This is your third divorce! You love divorce so much you’re probably gonna marry it! Then it won’t work out and you’re gonna have to divorce it, divorcing guy.”

4. “She’s your lobster. C’mon, you guys. It’s a known fact that lobsters fall in love and mate for life. You can actually see old lobster couples walking around their tank, you know, holding claws.”

5. “I am a pacifist, so I am not interested in war in any way. But you know what? When the revolution comes, I will have to destroy you all.”

7. “Didn’t you ever run so fast you thought your legs were gonna fall off, you know, like when you were running toward the swings or running away from Satan?”

10. “Your collective dating record reads like a who’s who of human crap!”

14. “Oh my god, a woman flirting with a single man? We must alert the church elders!”

16. “Your tombstone can say whatever you want it to say. It could say, ‘Ross Geller, Good at Marriage!’ Y’know? Mine’s gonna say, ‘Phoebe Buffay, Buried Alive.”

19. “I just gave birth to three children and I will not see them grow up in a world where Joey is right.”

20. “If you want to receive emails about my upcoming shows, then please give me money so I can buy a computer.”

21. “This is the nicest kitchen. The refrigerator told me to have a great day.”

22. “I just—I just have this really strong feeling that this cat is my mother.”

23. “Hello. This is the pigeon from the balcony calling to apologize. I shouldn’t have knocked the tickets out of the pretty lady’s hand. It was all my fault, not hers. Bye. Coo.”

24. “Are you in there, little fetus? In nine months, will you greet us? I will buy you some Adidas.”

Phoebe: “Oh yeah, that’s the word I use when I can’t remember the real thing.”

Rachel: “No, you’re not. Last week you thought Ross was trying to kill you.”

Phoebe: “Well, I’m sorry, but it’s hard to believe that someone would tell a story that dull just to tell it.”

30. “Something is wrong with the left phalange.”

36. “You know, you always see these really beautiful women with these really nothing guys. You could be one of those guys.”

37. “Don’t hate. You don’t wanna put that out there into the universe.”

40. “Chandler, you have got to stop staring at that door. It’s like a watched pot. If you keep watching it, the door is never gonna boil.”

41. “No, no. I am against innocent trees being cut down in their prime, and their—their corpses grotesquely dressed in like tinsel and twinkly lights. Hey, how do you sleep at night?”

42. “You’re the cook! Without you, it’s just me driving up to people’s houses with empty trays and asking for money.”

44. Rachel: “Does this look like something the girlfriend of a paleontologist would wear?”

Phoebe: “I don’t know, you might be the first one.”

45. Phoebe: “Oh you know what you should do? You should buy a state and then name it after yourself!”

46. “When I was growing up, I didn’t have a normal mom and dad or a regular family like everybody else. And I always knew that something was missing. But now I’m standing here today knowing that I have everything I’m ever gonna need. You are my family.”

47. “I’m sorry I won’t be able to make it to your imaginary wedding, but I’m really busy that day. I already have a unicorn baptism and a leprechaun bar mitzvah.”

48. “Well, it’s not so much that, you know, like I don’t believe in it, you know, it’s just—I don’t know. Lately, I get the feeling that I’m not so much being pulled down as I am being pushed.”

49. “Yeah, it’s just so strange. I mean, she probably woke up today and thought, ‘Okay, I’ll have some breakfast, and then I’ll take a little walk, and then I’ll have my massage.’ Little did she know God was thinking, ‘Okay, but that’s it.’”

50. “Oh, come on, Mike, strap on a pair. Why don’t you tell her that we got back together? Women appreciate honesty. We also appreciate a gentle spanking once in a while, just FYI.”

Do You Know Anyone Who Reflects Phoebe Buffay’s Personality?

An English idiom goes, “Don’t judge a book by its cover.” This statement is exactly how we should view and approach Phoebe Buffay’s character.

She seems like a weird, cheerful, and happy-go-lucky girl on the outside. But, she’s filled with painful memories of rejection and abandonment on the inside. After all, she was abandoned by pretty much every adult in her life when she was only 14 years old.

She took on the world’s harsh realities alone for quite a long time. Thankfully, she found some lifelong friends that would grow with her and help her through the ups and downs of life. On the flip side, because of her past experiences, she learned to stand up on her own and accept her true self.

Phoebe Buffay doesn’t let society and its opinions dim her shine; she makes her own rules for her own life. More than that, Phoebe encourages us to live life the way we want it.

Indeed, it’s hard to live life alone, especially when others keep trying to pull you down. So, take inspiration from Phoebe and live your best life. Be discerning of people you surround yourself with and find friends who would grow and thrive with you.

Is Phoebe Buffay your favorite character from Friends? Which quotes piqued your interest the most? Share your thoughts below.