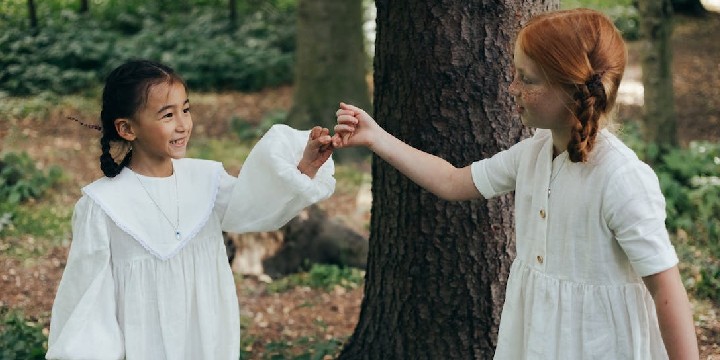 If you’re looking for promise quotes to know how powerful commitments and words are, you’ve come to the right place!

A promise is a commitment that we make to ourselves or other people. When we promise someone something, we put our integrity, trust, values, and relationship on the line.

Promises and whether we keep them or not can define how trustworthy we are as a person. Thus, you must not make promises you don’t intend to keep. At the end of the day, promises are more than just words; they are vows that affect one image and the emotional health of the person you gave your words to.

Sadly, many people take promises lightly; they just make a promise to please others without knowing how their words impact the other person’s life. The phrase, “I promise,” isn’t a simple thing to be thrown around. It is something to be cherished and kept!

Read through the quotes below and be reminded of how important it is to take your promises seriously. We’re confident you’ll be inspired to stay devoted to any words you swear!

And make sure to check out these never settle quotes and hope quotes.

2. “Promises are the uniquely human way of ordering the future. Making it predictable and reliable to the extent that this is humanly possible.” – Hannah Arendt

3. “Promise is a big word. It either makes something, or it breaks something.” – Anonymous

4. “We are enslaved, not by the promise we have made, but by the desire to keep it.” – Mokokoma Mokhonoana

5. “In a world where vows are worthless. Where making a pledge means nothing. Where promises are made to be broken, it would be nice to see words come back into power.” – Chuck Palahniuk

6. “We must come under the influence of the promise and live upon the promise.” – Charles Haddon Spurgeon

7. “Implementation of promises is as important as making them.” – Y. S. Jaganmohan Reddy

9. “The outward manifestation of your inner integrity is your ability to keep promises and fulfill expectations.” – Peter Lisoskie

10. “Sometimes people don’t understand the promises they’re making when they make them. But you keep the promise anyway.” – John Green

12. “Always prefer the plain direct word to the long, vague one. Don’t implement promises, but keep them.” – C. S. Lewis

14. “Promises are only as strong as the person who gives them.” – Stephen Richards

15. “Promises were a lot like impressions. The second one didn’t count for much.” – Kristin Hannah

16. “Delivering what you promise is a big skill to learn and master.” – Robert S. Murray

17. “As soon as one promises not to do something, it becomes the one thing above all others that one most wishes to do.” – Georgette Heyer

Promise Quotes That’ll Inspire You to Keep Your Word

19. “The most important person to keep your promises to is yourself.” – Anonymous

21. “Some people still make promises and keep those they make. When they do, they help make life around them more stably human.” – Lewis B. Smedes

22. “Keep all your promises, don’t take what doesn’t belong to you, and always look after those less fortunate than yourself, and you’ll do well in the world.” – Rebecca Rupp

23. “Undertake not what you cannot perform, but be careful to keep your promise.” – George Washington

24. “Keep your promises and never be late in acting. Act right and do the right things at the right time.” – Israelmore Ayivor

25. “When you fail to keep your promises, no matter how little—begin again.” – Carol J. Adams

26. “Some promises are too beautiful to be broken!” – Avijeet Das

27. “Be able to keep a secret or promise when you know in your heart that it is the right thing to do.” – Marilyn vos Savant

28. “I do not live on false promises. I cannot afford to live on bad advice.” – Robert Kiyosaki

29. “Promises may fit the friends, but non-performance will turn them into enemies.” – Benjamin Franklin

30. “Nothing is worse than broken promises.” – Lily Amis

31. “Broken vows are like broken mirrors. They leave those who held to them bleeding and staring at fractured images of themselves.” – Richard Paul Evans

32. “There is no greater fraud than a promise not kept.” – Gaelic Proverb

34. “Never promise more than you can perform.” – Publilius Syrus

35. “Keep every promise you make and only make promises you can keep.” – Anthony Hitt

36. “It is easy to make promises—it is hard work to keep them.” – Boris Johnson

39. “The man who promises everything is sure to fulfill nothing, and everyone who promises too much is in danger of using evil means in order to carry out his promises and is already on the road to perdition.” – Carl Jung

41. “I know it is a bad thing to break a promise, but I think now that it is a worse thing to let a promise break you.” – Jennifer Donnelly

42. “No one should have the right to ask you to keep a promise, especially if they don’t consider all the facts.” – Bree Despain

43. “Sometimes life is so complicated to keep promises.” – Lee Monroe

44. “If you can’t keep a promise, simply apologize and take responsibility for it without blaming some external reason.” – Hilary Rich

Promise Quotes That You Can Learn From

45. “Those that are most slow in making a promise are the most faithful in the performance of it.” – Jean-Jacques Rousseau

48. “The moment you make someone promise anything is the same moment you ask them to lie to you.” – Molly Ringwald

49. “One must have a good memory to be able to keep the promises that one makes.” – Friedrich Nietzsche

51. “Breaking a promise breaks trust, and once it is broken, it is very hard to put back together again.” – Jo Owen

52. “Promises are important, particularly where goals are concerned.” – Laura Stack

53. “Words can be twisted into any shape. Promises can be made to lull the heart and seduce the soul.” – Anonymous

54. “It makes my heart sick when I remember all the good words and the broken promises.” – Chief Joseph

55. “Promises are like crying babies in a theater; they should be carried out at once.” – Norman Vincent Peale

56. “Promise is most given when the least is said.” – George Chapman

59. “A promise is greater than a goal—it is a sacred commitment.” – Jason Hewlett

60. “Promises mean nothing without the power to enforce them.” – James W. Greenhalgh

Did This Collection Help You Understand How Special Promises Are?

In today’s world, promises seem like ordinary words to utter if you want to win the feelings of the people close to you. At times, the person who makes a promise may not even know its value, leading to the commitment’s unfulfillment.

As a result, the other person you declared a promise to would lose their trust in you and get hurt because they once believed you would keep your word. So, be mindful of your commitments, and ensure that you genuinely want to fulfill those words.

After all, promises are words that speak to people’s souls. Refrain yourself from making a promise that goes beyond your capacity for the sake of being submissive. Remember, it’s better to confess upfront that you can’t do something instead of giving people false hope.

Keeping promises is hard, especially in a world that’s ever-changing. So, make sure you don’t commit impulsively; think before speaking and acting. Remember, promises should never be broken as they will shatter your relationship with another person or yourself.

Hopefully, this collection was able to provide you with insights about promises and how they affect our lives. Be serious about your words, and you’ll be worthy of the trust of the people around you!