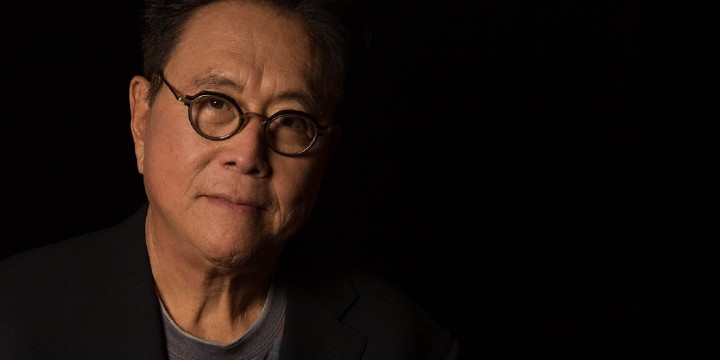 If you’re after some basic lessons that will change the way you perceive wealth, then these Robert Kiyosaki quotes might just be the ones you need.

Robert Kiyosaki is best known in the world as the author of the number one personal finance book of all time—Rich Dad, Poor Dad.

With more than 30 quotes in this list from his books, you’ll surely pick up some life-changing lessons that you can use when making your own financial decisions.

Learn more about his insights below.

And make sure to read these Stephen Covey quotes and Norman Vincent Peale quotes.

1. “I’d rather welcome change than cling to the past.”

2. “There is a difference between being poor and being broke. Broke is temporary. Poor is eternal.”

3. “Winners are not afraid of losing, but losers are. Failure is part of the process of success. People who avoid failure also avoid success.”

4. “We all have tremendous potential, and we all are blessed with gifts. Yet, the one thing that holds all of us back is some degree of self-doubt. It is not so much the lack of technical information that holds us back, but more the lack of self-confidence.”

6. “Workers work hard enough to not be fired, and owners pay just enough so that workers won’t quit.”

7. “The single most powerful asset we all have is our mind. If it is trained well, it can create enormous wealth in what seems to be an instant.”

8. “The fear of being different prevents most people from seeking new ways to solve their problems.”

11. “It’s not what you say out of your mouth that determines your life; it’s what you whisper to yourself that has the most power!”

12. “You’re only poor if you give up. The most important thing is that you did something. Most people only talk and dream of getting rich. You’ve done something.”

13. “I find so many people struggling, often working harder, simply because they cling to old ideas. They want things to be the way they were; they resist change.”

14. “We learn to walk by falling down. If we never fell down, we would never walk.”

15. “As I said, I wish I could say it was easy. It wasn’t, but it wasn’t hard either. But without a strong reason or purpose, anything in life is hard.”

16. “If you’re the kind of person who has no guts, you just give up every time life pushes you. If you’re that kind of person, you’ll live all your life playing it safe, doing the right things, saving yourself for something that never happens. Then, you die a boring old man.”

17. “If you realize that you’re the problem, then you can change yourself, learn something and grow wiser. Don’t blame other people for your problems.”

18. “Emotions are what make us human—make us real.”

19. “Whenever you feel short or in need of something, give what you want first and it will come back in buckets.”

21. “Today, wealth is in information. And the person who has the most timely information owns the wealth.”

22. “Rich people acquire assets. The poor and middle class acquire liabilities that they think are assets.”

23. “Wealth is the measure of cash flow from the asset column compared with the expense column.”

24. “You will never know true freedom until you achieve financial freedom.”

25. “Laziness decreases both health and wealth.”

26. “Most people never get wealthy simply because they are not trained financially to recognize opportunities right in front of them.”

27. “The key to financial freedom and great wealth is a person’s ability to convert earned income into passive and portfolio income.”

28. “Wealth is the product of man’s capacity to think.”

30. “Most people become a slave to money and then get angry at their boss.”

32. “The richest people in the world build networks; everyone else is trained to look for work.”

33. “The poor and the middle class work for money. The rich have money work for them.”

34. “When it comes to money, the only skill most people know is to work hard.”

Did These Quotes From Robert Kiyosaki Reinforce Your Knowledge on the Foundations of Financial Literacy?

For a lot of people, decisions concerning money is quite a difficult and confusing task. However, with the help of Robert Kiyosaki, we’re given a simpler and clearer way of understanding matters concerning wealth and finance.

With his publications, he challenged and changed the way millions of people view and handle money—encouraging people to take the initiative to being financially literate and financially free.