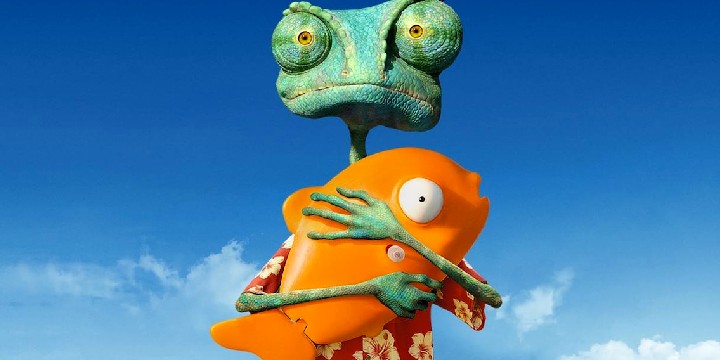 Dive into this list of our favorite Rango quotes if you want to discover everything about yourself!

Rango is an animated comedy movie that tells the story of a sheltered family pet who finds himself in the middle of an identity crisis. As a chameleon, it’s interesting how he wants to stand out when his nature is to blend in.

He finally gets the chance to do this when he accidentally ends up in the town of Dirt, which desperately needs a new sheriff. Though he was only pretending at first, a series of unfortunate events led him to become a real hero!

Indeed, Rango tells us a lot about becoming who we want to be while staying true to who we are. So, we’ve listed our favorite quotes that will truly inspire you!

And make sure to read these The Lego Movie quotes and The Good Dinosaur quotes.

2. Rango: “Us reptiles gotta stick together. Right, my brother?”
Buford: “I’m an amphibian.”
Rango: “Ain’t no shame in that.”

5. “I couldn’t help but notice you noticing me noticing you.” – Rango

7. “So you want something to believe in, Spoons? Believe in me.” – Rango

Deep Rango Quotes to Reflect On

8. “It doesn’t matter what they call you. It’s the deeds that make the man.” – Spirit of the West

10. “The path to knowledge is fraught with consequences.” – Roadkill

16. “You’re nothing but legends. Pretty soon, no one will believe you even existed.” – Mayor Tortoise John

More Rango Quotes That Fans Just Can’t Get Enough Of

21. Rango: “I see you’re communicating with the great spirits.”

Rattlesnake Jake: “Where do you think I come from?”

23. Mayor Tortoise John: “Control the water—and you control everything. But I don’t have to tell you that, being a true man of the West as you are.”

Rattlesnake Jake: “Or what, little man? You gonna kill me?”

Rango: “That’s just about the size of it.”

25. “All right, folks; stand back, clear the area, this is a crime scene, now. Secure the parameter, dust for prints, check for fibers, scan for DNA, I want a urine sample from everyone, and get me a latte. Don’t mix up the two.” – Rango

Who Do You Want to Become?

There will be at least one point in our lives when we feel lost or unsure of who we are. Sometimes, this thought gets so consuming that we tend to embody what or who society wants us to become instead.

In the movie, Rango pretended he was a tough guy but was then exposed in the end. He leaves in shame and questions his abilities. But, he eventually gathers the courage to return and save the town from a water shortage.

Like Rango, we may think that traveling or going to a new place might help us discover a little bit more about ourselves. But, we’ll never be able to do it if we pretend to be someone we are not. So, the best way to go is to stay authentic while seeking to improve!

Reflect on yourself and understand what makes you tick. By doing so, you’re already one step closer to living an authentic life.

With that, we hope this list of quotes was able to inspire you in one way or another. Keep in mind that we can pretend all we want, but the truth always comes out in the end. The only way to become a better version of ourselves is to stay true to who we are!