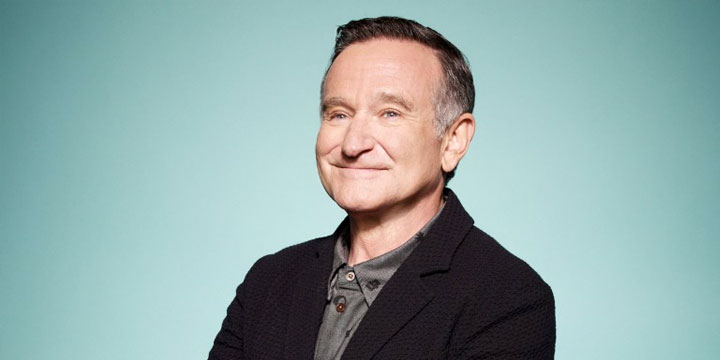 We’ve gathered the top 90 Robin Williams quotes that will forever remain in our hearts.

Robin Williams was a legendary American comedian and actor who played many different characters that left indelible marks in our hearts.

He’s the man behind the main characters of Mrs. Doubtfire, Dead Poets Society, Good Will Hunting, and many more. Robin Williams was also the person who breathed life into the 1992 Aladdin’s Genie.

He may have left this world, but he indeed lives on in the hearts and minds of people all over the globe.

His influence reaches far and wide, and even if you didn’t grow up with his movies, we’re sure you were able to catch a glimpse of at least one of them.

No doubt, Robin Williams is a legend, and he’s alive in all the great works he left for us.

If you’re a fan of his and want to learn from his wise lines, read through this list of the best Robin Williams quotes.

Aside from the many valuable lessons you’ll find, you’ll also get transported back to his most iconic scenes!

And don’t forget to check out these Mrs. Doubtfire quotes and Dead Poets Society quotes.

1. “Everyone you meet is fighting a battle you know nothing about. Be kind. Always.”

2. “There is still a lot to learn and there is always great stuff out there. Even mistakes can be wonderful.”

3. “There’s no shame in failing. The only shame is not giving things your best shot.”

4. “No matter what anybody tells you, words and ideas can change the world.”

5. “The things we fear the most have already happened to us.”

7. “Stop being afraid of getting older. With age comes wisdom and confidence.”

9. “If you’re that depressed, reach out to someone. And remember, suicide is a permanent solution to a temporary problem.”

10. “I try to make sense of things. Which is why, I guess, I believe in destiny. There must be a reason that I am as I am. There must be.”

11. “Time is the best teacher, unfortunately, it kills all of its students.”

12. “Crying never helped anybody do anything, okay? You have a problem, you face it like a man.”

13. “What’s right is what’s left if you do everything else wrong.”

14. “Good people end up in Hell because they can’t forgive themselves.”

15. “Death—to blink for an exceptionally long period of time.”

17. “The human spirit is more powerful than any drug and that is what needs to be nourished: with work, play, friendship, family. These are the things that matter.”

Robin Williams Quotes to Inspire You

18. “You’re only given a little spark of madness. You mustn’t lose it.”

19. “You can do anything you want. You are bound by nothing.”

20. “Sometimes you can have a whole lifetime in a day and never notice that this is as beautiful as it gets.”

21. “The world is your oyster. Never stop trying new things.”

22. “You will have bad times, but they will always wake you up to the stuff you weren’t paying attention to.”

23. “When you have a great audience, you can just keep going and finding new things.”

24. “Sometimes, over things that I did, movies that didn’t turn out very well, you go, ‘Why did you do that?’ But in the end, I can’t regret them because I met amazing people. There was always something that was worth it.”

25. “Age makes you more confident. When you realize that it’s time now to just do things. When there’s not the pressure to perform on some level of expectations, there’s more to just explore.”

27. “Our job is improving the quality of life, not just delaying death.”

29. “We get to choose who we let in our weird little worlds.”

30. “Self-reliance is the key to a vigorous life. A man must look inward to find his own answers.”

32. “Please, don’t worry so much. Because in the end, none of us have very long on this earth. Life is fleeting. And if you’re ever distressed, cast your eyes to the summer sky.”

33. “The world is open for play, everything and everybody is mockable in a wonderful way.”

35. “You’re not perfect, sport. And let me save you the suspense. This girl you met, she isn’t perfect either. But the question is whether or not you’re perfect for each other. That’s the whole deal. That’s what intimacy is all about.”

36. “But if there’s love, dear, those are the ties that bind, and you’ll have a family in your heart, forever.”

37. “Real loss is only possible when you love something more than you love yourself.”

38. “I do believe in love; it’s wonderful—especially love the third time around, it’s even more precious. It’s kind of amazing.”

39. “Don’t associate yourself with toxic people. It’s better to be alone and love yourself than surrounded by people that make you hate yourself.”

40. “Sometimes you got to specifically go out of your way to get into trouble. It’s called fun.”

42. “If heaven exists, to know that there’s laughs, that would be a great thing.”

44. “My children give me a great sense of wonder. Just to see them develop into these extraordinary human beings.”

Robin Williams Quotes to Live By

45. “Seize the day. Because, believe it or not, each and every one of us in this room is one day going to stop breathing.”

47. “You must strive to find your own voice because the longer you wait to begin, the less likely you are to find it at all.”

50. “But only in their dreams can men be truly free. It was always thus and always thus will be.”

51. “Never pick a fight with an ugly person, they’ve got nothing to lose.”

52. “I think the saddest people always try their hardest to make people happy. Because they know what it’s like to feel absolutely worthless and they don’t want anybody else to feel like that.”

53. “To be free. Such a thing would be greater than all the magic and all the treasures in all the world.”

54. “Some are born great. Some achieve greatness. Some get it as a graduation gift.”

55. “You treat a disease, you win, you lose. You treat a person, I guarantee you, you’ll win, no matter what the outcome.”

56. “You know what music is? God’s little reminder that there’s something else besides us in this universe; harmonic connection between all living beings, everywhere, even the stars.”

57. “Being in the same room with people and creating something together is a good thing.”

58. “For me, comedy starts as a spew, a kind of explosion, and then you sculpt it from there, if at all. It comes out of a deeper, darker side. Maybe it comes from anger because I’m outraged by cruel absurdities, the hypocrisy that exists everywhere, even within yourself, where it’s hardest to see.”

59. “What’s wrong with death, sir? What are we so mortally afraid of? Why can’t we treat death with a certain amount of humanity and dignity, and decency, and God forbid, maybe even humor? Death is not the enemy, gentlemen. If we’re going to fight a disease, let’s fight one of the most terrible diseases of all—indifference.”

60. “It’s a wonderful feeling when your father becomes not a god but a man to you—when he comes down from the mountain and you see he’s this man with weaknesses. And you love him as this whole being, not as a figurehead.”

61. “I always thought the idea of education was to learn to think for yourself.”

62. “All it takes is a beautiful fake smile to hide an injured soul.”

63. “Reality is just a crutch for people who can’t cope with drugs.”

65. “I’m a very tolerant man, except when it comes to holding a grudge.”

68. “Comedy can be a cathartic way to deal with personal trauma.”

69. “Golf is a game where White men can dress up as Black pimps and get away with it.”

71. “Being a famous print journalist is like being the best-dressed woman on radio.”

72. “Divorce is expensive. I used to joke they were going to call it ‘all the money,’ but they changed it to ‘alimony.’”

73. “Gentiles are people who eat mayonnaise for no reason.”

74. “Why do they call it rush hour when nothing moves?”

76. “Ah, yes, divorce—from the Latin word meaning, ‘To rip out a man’s genitals through his wallet.’”

77. “Cricket is basically baseball on valium.”

78. “We’ve had cloning in the South for years. It’s called cousins.”

79. “If women ran the world we wouldn’t have wars, just intense negotiations every 28 days.”

80. “What’s my credibility? Why are they looking to me for advice? Isn’t there someone more qualified?”

81. “Marriage is a triumph of imagination over intelligence.”

83. “On stage, you’re free. You can say and do things that if you said and did any place else, you’d be arrested.”

84. “People say satire is dead. It’s not dead; it’s alive and living in the White House.”

More Robin Williams Quotes for All His Fans

85. “I think it’s great when stories are dark and strange and weirdly personal.”

87. “There are three things in this world that you need: respect for all kinds of life, a nice bowel movement on a regular basis, and a navy blazer.”

88. “It’s hard when you read an article saying bad things about you. It is as if someone is sticking a knife in your heart. But I am the harshest critic of my work.”

89. “You are a big country. You are the kindest country in the world. You are like a really nice apartment over a meth lab.”

90. “I have not thought about it, but when I die, just dance on my grave and water the plants with what you are drinking. Please do not clone me, because, after a while, your clone is not as bright as you are.”

Did These Robin Williams Quotes Shift Your Perspective?

There are a lot of great comedians out there, but none will ever be as iconic as Robin Williams. He had natural and undeniable talent, and he genuinely wanted to make people’s lives brighter and happier through his words. Robin Williams was an excellent comedian, but he also had a lot of wise things to say about life, love, happiness, and more.

For one, he believed that life was too short to dwell on the negative things. Life and time go by in a flash, and we should always make the most out of every moment we’re blessed with. Don’t let others dictate how your life will go; instead, make it as great and as spectacular as you can make it by yourself.

Another thing to note is how much importance he placed on laughter. We all heard of the saying, “Laughter is the best medicine.” Robin Williams might just be the symbol of that.

His life wasn’t always positive, and he wasn’t successful from the beginning. He suffered from severe depression, which was believed to be one of the leading causes of his death. However, even with the dark cloud of his condition, Robin Williams always did his best to look at the brighter side of things; he also made it a point to share that light with others.

We hope this list of his best quotes was able to help you remember this legend’s greatest lessons and realizations in life. Like Robin Williams, even when dark clouds cover your life, do your best to find the ray of sunshine peeking through. Remember, brighter days are always ahead.

Are you a fan of Robin Williams and his movies? Which quotes are your favorites? Share them below.

15 thoughts on “90 Robin Williams Quotes on Life, Love, and Happiness”