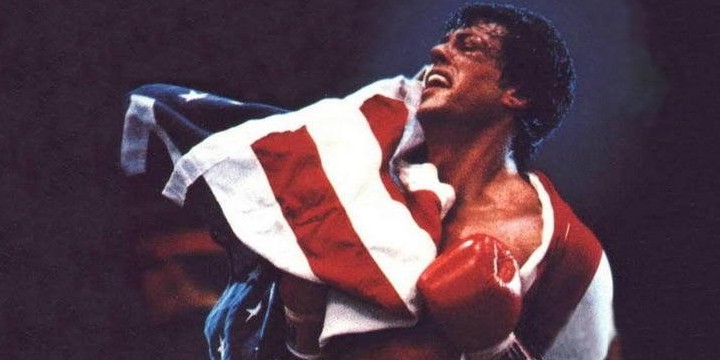 Read this list of Rocky Balboa quotes if you need something that’ll encourage you to keep moving toward your goals.

Any sport will require you to give your very all to win. Sadly, sometimes, even if you give 110% of your efforts, someone will still be one step ahead of you, and you’ll lose. However, failing is normal and shouldn’t stop you from pursuing your passions.

This is the kind of lesson we can learn from Rocky Balboa, a sports drama movie series starring Sylvester Stallone. Everything began in the first installment, where Rocky is in his 50s and is fighting his own demons—his retirement, his wife’s passing, his broken relationship with his son, and more.

Because of some twist of fate, Rocky finds himself in the boxing ring again. It’s his second chance at hitting back at life! Many things unfolded from this, and the wisdom we can learn from Rocky is the anchor of this iconic movie that stands the test of time.

So, if you want to learn more about Rocky Balboa, read on! Grab your seats and get ready for an exciting but meaningful ride through his best of the best quotes.

Don’t forget to check out these Rambo quotes and Sylvester Stallone quotes.

2. “Going in one more round when you don’t think you can. That’s what makes all the difference in your life.”

3. “Until you start believing in yourself, you ain’t gonna have a life.”

4. “Every champion was once a contender who refused to give up.”

6. “Let me tell you something you already know. The world ain’t all sunshine and rainbows. It is a very mean and nasty place, and it will beat you to your knees and keep you there permanently if you let it. You, me, or nobody is gonna hit as hard as life. But it ain’t how hard you hit; it’s about how hard you can get hit, and keep moving forward. How much you can take, and keep moving forward. That’s how winning is done. Now, if you know what you’re worth, then go out and get what you’re worth. But you gotta be willing to take the hit, and not pointing fingers saying you ain’t where you are because of him, or her, or anybody. Cowards do that and that ain’t you. You’re better than that.”

7. “Because if you’re willing to go through all the battling you got to go through to get where you want to get, who’s got the right to stop you? I mean maybe some of you guys got something you never finished, something you really want to do, something you never said to someone, something, and you’re told no, even after you paid your dues? Who’s got the right to tell you that? Who? Nobody! It’s your right to listen to your gut, it ain’t nobody’s right to say no after you earned the right to be where you want to be and do what you want to do! The older I get the more things I gotta leave behind—that’s life. The only thing I’m asking you guys to leave on the table is what’s right.”

Rocky Balboa Quotes to Inspire You

9. “You know, I think you try harder when you’re scared. That’s when it’s worked best for me.”

10. “Every once in a while a person comes along who defies the odds, who defies logic, and fulfills an incredible dream.”

12. Rocky Balboa: “Ya know they always say if you live in one place long enough, you are that place.”

13. “I believe there’s an inner power that makes winners or losers. And the winners are the ones who really listen to the truth of their hearts.”

15. “Remember, the mind is your best muscle. Big arms can move rocks, but big words can move mountains.”

17. “The toughest opponent you’re ever going to have to face is in the mirror.”

18. “I stopped thinking the way other people think a long time ago. You gotta think like you think.”

19. “You’re gonna have to go through hell, worse than any nightmare you’ve ever dreamed. But when it’s over, I know you’ll be the one standing. You know what you have to do. Do it.”

22. “You know I couldn’t have done nothing without you. Yo Adrian, we did it.”

25. “Time takes everybody out. Time is undefeated.”

27. “Nobody owes nobody nothing. You owe yourself.”

29. “Why do you gotta owe something to get something?”

Rocky Balboa: “Because I can’t sing and dance.”

How Hard Has Life Knocked You Down?

There’s a time for everything. Even when you think you’re at the top and that nothing can pull you back down, sometimes, defeat is inevitable.

However, as we’ve learned from Rocky Balboa and his quotes, even though that’s the case, it doesn’t mean that you immediately have to back down. You’ve got to fight, too! You must push against whatever barrier you have toward success to get one step closer.

Failure will play tricks on your mind, but you must remain cool and calm. It’s a battle of mindset; if you give up, nothing can help you go further. However, if you put it in your mind that there’s a way out, then you’ll succeed one day.

Life isn’t meant to be easy, so go ahead and face all the ups and downs that come with it. Whenever you need advice on perseverance and determination, visit and read this list again!