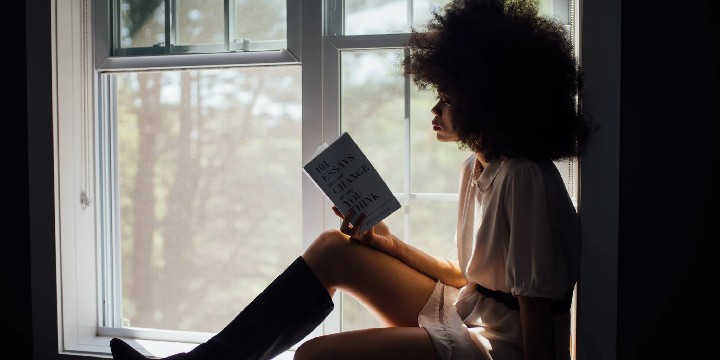 Allow these inspirational single woman quotes to remind you that being alone and flying solo isn’t such a bad thing.

A single woman is strong, independent, and a great role model for future generations of women. There’s no reason to feel bad about remaining single. After all, each of us has our own path to take and our own preferences on how we want to live out our lives.

So, if you need some empowering single woman quotes, this collection will definitely fit the bill!

We hope that these single woman quotes encourage you to stay strong and keep moving forward.

1. “A busy, vibrant, goal-oriented woman is so much more attractive than a woman who waits around for a man to validate her existence.” – Mandy Hale

2. “It is better to be single and wait for what you deserve than lower your standards and settle for less than God’s best for you.” – Brittney Moses

3. “It takes a strong woman to remain single in a world that is accustomed to settling with anything just to say they have something.” – Anonymous

4. “Stay single until someone actually compliments your life in a way that makes it better not to be single. If not, it’s not worth it.” – Anonymous

5. “There are some places in life where you can only go alone. Embrace the beauty of your solo journey.” – Mandy Hale

6. “You do not need to be loved, not at the cost of yourself. The single relationship that is truly central and crucial in a life is the relationship to the self. Of all the people you will know in a lifetime, you are the only one you will never lose.” – Jo Coudert

7. “Single is not a status, it is a word that describes a person who is strong enough to live and enjoy life without depending on others.” – Prixie

9. “A single woman, of good fortune, is always respectable, and may be as sensible and pleasant as anybody else.” – Anonymous

10. “The success of every single woman is the inspiration for another.” – Diane Von Furstenberg

11. “Single is no longer a lack of options—but a choice. A choice to refuse to let your life be defined by your relationship status but to live every day happily and let your ever after work itself out.” – Anonymous

12. “If you’re not happy single, you won’t be happy taken. Happiness comes from within, not from men.” – Anonymous

13. “Hope for love, pray for love, wish for love, dream for love—but don’t put your life on hold waiting for love.” – Mandy Hale

15. “‘Single’ means you are brave enough to face the glorious unknown of the unaccompanied journey.” – Anonymous

16. “Don’t settle, even if you remain alone for a lifetime. You deserve someone who will appreciate you for both your beauty and your bruises.” – A.R.Lucas

17. “‘Single’ is an opportunity to live life on your own terms and not apologize.” – Mandy Hale

18. “As selfish as it sounded, she had to focus on herself. She kept trying to find happiness in other people but realized it had to come from within her. Everyone wasn’t meant to understand her solitude and some slighted by her focus. Then again, misery loved company and she learned to love being alone.” – R. Solo

19. “Until you get comfortable with being alone, you’ll never know if you’re choosing someone out of love or loneliness.” – Mandy Hale

20. “‘Happily single’ is recognizing that you don’t need or want to be rescued from your life by a handsome prince because your life is pretty awesome, as is.” – Mandy Hale

Empowering Quotes for All the Strong Single Women in the World

21. “She hasn’t got it all figured out—far from it, in fact. But she loves God and she loves to dance—and she’s her own ‘better half.’ The bravest woman I know? She is the reason I do what I do. She is the single woman. She’s me—and she’s you.” – Mandy Hale

23. “Yes, I am currently single. No, that does not mean there is something wrong with me.” – Anonymous

24. “They don’t have the power to ruin your beauty, the power is in your hands.” – Pierre Jeanty

25. “Even a strong single woman wants to be with the right person.” – Anonymous

26. “Be grateful for your singleness. It has made you strong and independent and unflinching in your unwillingness to settle. It has protected you from wrong men and forced you to take risks and taught you the value of your own company. It has given you the space and grace to become exactly who you are.” – Anonymous

27. “I like being alone. I have control over my own sh*t. Therefore, in order to win me over, your presence has to feel better than my solitude. You’re not competing with another person, you are competing with my comfort zones.” – Horacio Jones

29. “I think that’s a new freedom for women, especially. I don’t know that my mother would have been able to be 22 and secure in being alone. But my future doesn’t rely on having a partner.” – Miley Cyrus

30. “A single woman is courageous enough to live alone.” – Anonymous

Quotes to Encourage All Single Women

31. “She is single, not because she can’t find a man, but because she’s waiting for the right man to come along and make her feel so secure in the relationship that loving him just comes natural and easy.” – Mr. Amari Soul

32. “If you really are going to be a happy single, you have to stop treating being single as the annoying time that you pass between relationships and embrace it. Rather than focusing on what you lack, focus on what you have: you.” – Natalie Lue

33. “Being single used to mean that nobody wanted you. Now it means you’re pretty sexy and you’re taking your time deciding how you want your life to be and who you want to spend it with.” – Carrie Bradshaw

34. “Appreciate being single because that’s when you grow the most and with that growth, you come to know what you’re looking for.” – Daniel Goddard

35. “Being single is better than being in the wrong relationship.” – Anonymous

37. “Get into a relationship only if it is worth it.” – Anonymous

38. “Think about it this way: while being married is about becoming the wife you are meant to be, being single allows you to focus on becoming the woman you were born to be.” – Mandy Hale

Positive Quotes for a Woman Who Enjoys Being Single

39. “Most of the time single means drama free, less stress and not settling for less, as long as we are happy and healthy that’s good enough.” – Anonymous

40. “I’m not a lonely person. I never feel lonely—it’s not a sad thing to be alone. I think what I was trying to get across was that I don’t feel a lack of something not being in a relationship. I don’t feel like there is an emotional void to be filled.” – Jennifer Lawrence

42. “I have learned not to worry about love; but to honor its coming with all my heart.” – Alice Walker

43. ”I don’t need a man to rectify my existence. The most profound relationship we’ll ever have is the one with ourselves.” – Shirley MacLaine

44. “The best thing about being single is sleeping around. You can sleep all over that bed of yours. Left. Right. Middle. Wherever.” – Anonymous

46. “Being single is about celebrating and appreciating your own space that you’re in.” – Kelly Rowland

47. “I don’t need to be in a relationship to be told how beautiful, pretty, and sexy I am. I already know that.” – Anonymous

48. “When I’m alone, I’m alone. I don’t have anybody to call, and so I have to create meaning for myself. That’s why I don’t give a f*ck because I can’t lose anything. What I have I make myself.” – Constance Wu

49. “Single lady, the man you want might not necessarily be the man you need.” – Martha Macharia

51. “You don’t need someone to make you happy. Be the reason why you’re happy.” – Anonymous

52. “A strong, single lady can die of thirst, of hunger, of illness, from injuries, if she’s too hot or too cold.” – Lucy Dada

53. “Single ladies, we are not damsels in distress—we are divas that impress!” – Mandy Hale

Funny Quotes About a Single Woman That Will Have You Laughing

54. “Yes I’m single and any guy who wants to change that is going to have to be pretty damn amazing.” – Anonymous

55. “Being a single woman is like going off to war.” – Zoe Lister-Jones

56. “I know why I am a single woman. My parents-in-law were not able to have children.” – Anonymous

57. “Without a doubt—the worst part of being a single woman was having to take care of your own car.” – Lisa Kleypas

58. “I’m only single because out of all the men out there I just haven’t met one brave enough to take me on or who can handle me, but you are welcome to try.” – Anonymous

59. “I recommend being single at least a few times in your life to clear your head of those stupid boys.” – Anonymous

60. “No, I am not single. I am in a long-distance relationship because my boyfriend lives in the future.” – Anonymous

61. “Being single doesn’t mean you should just sit there and wait for prince charming. He is probably stuck in a tree somewhere.” – Anonymous

63. “Too many women throw themselves into romance because they’re afraid of being single, then start making compromises and losing their identity.” – Julie Delpy

64. “Single women have a dreadful propensity for being poor. Which is one very strong argument in favor of matrimony.” – Jane Austen

65. “It’s not very hip to consider the plight of single women who yearn for something so old-fashioned as men.” – Jane Austen

66. “I recommend to all my friends that they be alone for a while. When you’re in love or dating someone, you filter your life decisions through their eyes. When you spend a few years being who you are, completely unbiased, you can figure out what you actually want.” – Taylor Swift

67. “A single woman is free to do whatever she wishes.” – Anonymous

69. “Still single today? No worries. Keep love in your heart, a life without it is like a sunless garden when the flowers are dead, the consciousness of loving and being loved brings a warmth and richness to life that nothing else can bring.” – Anonymous

What Are Your Thoughts on the Fact That Some Women Prefer to Remain Single?

According to modern society, a single woman is someone who has a significant gap in her life. She rarely has the freedom to be joyful, fulfilled, and sophisticated.

Here’s a friendly reminder to all the single women out there: never lower your standards just to be in a relationship. Uphold your vision of what you want and continue to improve yourself.

Which quote is your favorite? Is there a quote that speaks volumes about what you’re going through now? Share them in the comments section below!