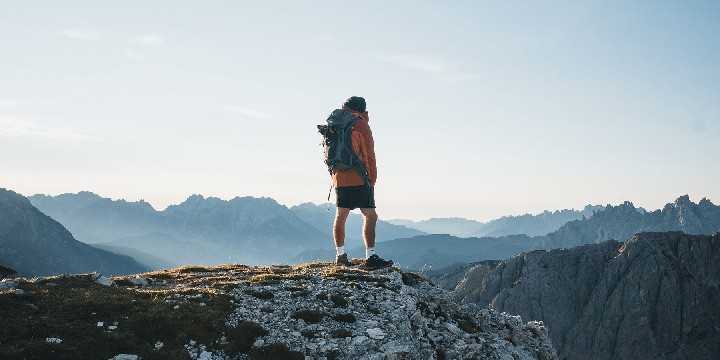 We’ve compiled a list of the top 60 stoic quotes to help you hone your skills when it comes to reacting to life’s adversities.

Stoicism is a life philosophy that was popular in ancient Greece and Rome. Some people think that being stoic means living life without emotion. But, looking at it more deeply, it teaches us to let go of unchangeable and uncontrollable situations so we can focus on other things that are within our grasp.

To be a stoic means to live virtuously. By doing this, we can live in harmony with nature and achieve peace of mind. Here’s a collection of the top stoic quotes from famous philosophers and writers that’ll definitely teach you more about this philosophy!

And don’t forget to check out these Marcus Aurelius quotes and Seneca quotes.

3. “To be stoic is not to be emotionless, but to remain unaffected by your emotions.” – James Pierce

4. “You have power over your mind—not outside events. Realize this, and you will find strength.” – Marcus Aurelius

5. “A stoic is someone who transforms fear into prudence, pain into transformation, mistakes into initiation, and desire into undertaking.” – Taleb Nassim Nicholas

6. “Make the mind tougher by exposing it to adversity.” – Robert Greene

7. “When we are no longer able to change a situation, we are challenged to change ourselves.” – Viktor Frankl

8. “Stoicism, in our day, is not strength to overcome wishes, but to hide them.” – Rollo May

9. “If you are pained by any external thing, it is not this thing that disturbs you, but your own judgment about it. And it is in your power to wipe out this judgment now.” – Marcus Aurelius

10. “He suffers more than necessary, who suffers before it is necessary.” – Seneca

11. “There is no better way to grow as a person than to do something you hate every day.” – David Goggins

12. “Everything that happens is either endurable or not. If it’s endurable, then endure it. Stop complaining. If it’s unendurable—then stop complaining. Your destruction will mean its end as well. Just remember: you can endure anything your mind can make endurable, by treating it as in your interest to do so.” – Marcus Aurelius

13. “There is only one way to happiness and that is to cease worrying about things which are beyond the power of our will.” – Epictetus

14. “As long as you live, keep learning how to live to err is human, but to persist in the mistake is diabolical.” – Seneca

15. “Stoicism teaches how to keep a calm and rational mind no matter what happens to you and it helps you understand and focus on what you can control and not worry about and accept what you can’t control.” – Jonas Salzgeber

16. “Think of the life you have lived until now as over and, as a dead man, see what’s left as a bonus and live it according to nature. Love the hand that fate deals you and play it as your own, for what could be more fitting?” – Marcus Aurelius

17. “It is not the man who has too little that is poor, but the one who hankers after more.” – Seneca

18. “Keep your intention pure. Emotions will try to distract you. So keep going. That’s the cure.” – Maxime Lagacé

19. “The first rule is to keep an untroubled spirit. The second is to look things in the face and know them for what they are.” – Marcus Aurelius

21. “That’s what Stoicism is all about: learning to live a good life by developing peace of mind through confidence in one’s ability to overcome adversity.” – Anonymous

22. “Everyone hustles his life along, and is troubled by a longing for the future and weariness of the present. But the man who spends all his time on his own needs, who organizes every day as though it were his last, neither longs for nor fears the next day.” – Seneca

23. “You have passed through life without an opponent—no one can ever know what you are capable of, not even you.” – Seneca

24. “In life, it doesn’t matter what happens to you or where you came from. It matters what you do with what happens and what you’ve been given.” – Ryan Holiday

25. “It can ruin your life only if it ruins your character. Otherwise, it cannot harm you—inside or out.” – Marcus Aurelius

26. “Entrust everything willingly to the gods, and then make your way through life—no one’s master and no one’s slave.” – Marcus Aurelius

27. “The chief task in life is simply this: to identify and separate matters so that I can say clearly to myself which are externals not under my control, and which have to do with the choices I actually control. Where then do I look for good and evil? Not to uncontrollable externals, but within myself to the choices that are my own.” – Epictetus

28. “Let us prepare our minds as if we’d come to the very end of life. Let us postpone nothing. Let us balance life’s books each day. The one who puts the finishing touches on their life each day is never short of time.” – Marcus Aurelius

29. “Don’t seek for everything to happen as you wish it would, but rather wish that everything happens as it actually will—then your life will flow well.” – Epictetus

30. “Don’t allow yourself to be heard any longer griping about public life, not even with your own ears!” – Marcus Aurelius

31. “I have often wondered how it is that every man loves himself more than all the rest of men, but yet sets less value on his own opinion of himself than on the opinion of others.” – Marcus Aurelius

32. “Accept the things to which fate binds you, and love the people with whom fate brings you together, but do so with all your heart.” – Marcus Aurelius

33. “Life without love would be a strange thing. But don’t be surprised if you get burned.” – Maxime Lagacé

34. “Whoever then understands what is good, can also know how to love; but he who cannot distinguish good from bad, and things which are neither good nor bad from both, can he possess the power of loving? To love, then, is only in the power of the wise.” – Epictetus

35. “I shall show you a love potion without a drug, without a herb; without the incantation of any sorceress: if you want to be loved, love.” – Seneca

Stoic Quotes for Everyone Who Wants to Change Their Worldview

37. “Today I escaped anxiety. Or no, I discarded it, because it was within me, in my own perceptions—not outside.” – Marcus Aurelius

38. “No person has the power to have everything they want, but it is in their power not to want what they don’t have, and to cheerfully put to good use what they do have.” – Seneca

39. “Just that you do the right thing. The rest doesn’t matter.” – Marcus Aurelius

40. “Welcome if it comes. Let go if it goes. Chase nothing. Cling to nothing. Remain unconcerned.” – Anonymous

41. “The phrase that I use the most to myself in my head is one word: accept.” – Naval Ravikant

43. “Complaining does not work as a strategy. We all have finite time and energy. Any time we spend whining is unlikely to help us achieve our goals. And it won’t make us happier.” – Randy Pausch

44. “External thoughts are not the problem. It’s your assessment of them. Which you can erase right now.” – Marcus Aurelius

45. “We must take a higher view of all things, and bear with them more easily: it better becomes a man to scoff at life than to lament over it.” – Seneca

46. “You should live in such a way that there is nothing which you could not as easily tell your enemy as keep to yourself.” – Seneca

47. “Just keep in mind: the more we value things outside our control, the less control we have.” – Epictetus

48. “If change is forced upon you, you must resist the temptation to overreact or feel sorry for yourself.” – Robert Greene

49. “We are more often frightened than hurt, and we suffer more in imagination than in reality.” – Seneca

50. “What you’re supposed to do when you don’t like a thing is change it. If you can’t change it, change the way you think about it. Don’t complain.” – Maya Angelou

51. “The average man is a conformist, accepting miseries and disasters with the stoicism of a cow standing in the rain.” – Colin Wilson

52. “Stoicism is the wisdom of madness and cynicism the madness of wisdom.” – Bergen Evans

53. “The basic philosophy of stoicism is that you have nothing real external to your own consciousness, that the only thing real is in fact your consciousness.” – Roger Avary

54. “The stoicism that comes from endurance has something of death in it.” – Mary Catherwood

55. “Stoicism, understood properly, is a cure for a disease. The disease in question is the anxiety, grief, fear, and various other negative emotions that plague humans and prevent them from experiencing a joyful existence.” – William B. Irvine

56. “Stoicism is designed to be medicine for the soul.” – Ryan Holiday

57. “Stoicism is not a matter of gritting your teeth. It’s about seeing things differently so that you do not need to grit your teeth.” – Richard Sorabji

58. “Effortless stoicism will come when you have dismantled everything in your mind that produces reactions.” – James Pierce

59. “Stoicism is about the domestication of emotions, not their elimination.” – Nassim Nicholas Taleb

60. “Stoicism and silence does not serve us nor our communities, only the forces of things as they are.” – Audre Lorde

Did Our Collection Make You Want to Become a Stoic?

Stoicism emerged as a life-affirming philosophy for the soul’s existence and sustenance. Based on its teachings, it’s believed that being a stoic can fortify the human spirit against the challenges of daily life.

This philosophy focused on the four cardinal virtues: courage, justice, wisdom, and self-control. To put it simply, Stoicism asserts that happiness and a good life are dependent entirely on our decisions, virtues, and actions.

Adopting Stoicism as a way of life will show you that philosophy is designed for action, not endless thought. It’s a lifelong journey toward resilience, confidence, and calm. But, when you do master its art, you’ll find that many things do not need to be tirelessly thought about.

Remember that what’s not in our control isn’t something we should stress over. Instead, focus on what you can command and what you can govern. After all, if we’re more carefree and know where to put our energy, we are more likely to be comfortable and happy in life.

We hope you enjoyed this collection of eye-opening stoic quotes. Use these to reflect on the world around you and use the new perspective to help you live a better life.

Which quotes are your favorites? What did you learn from this collection? Share them down in the comments section.