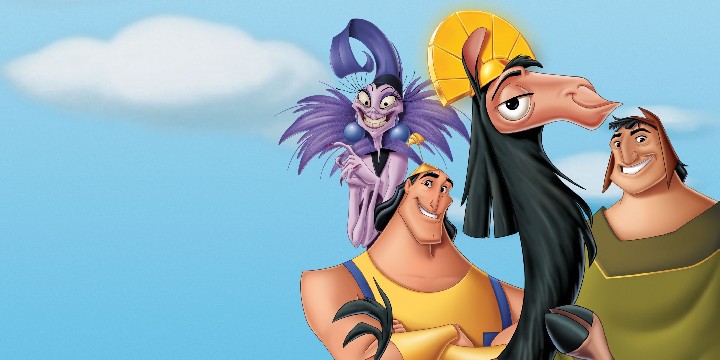 Here are the top The Emperor’s New Groove quotes that will teach you about love and sensitivity.

The Emperor’s New Groove is a 2000 Walt Disney film about the naive and narcissistic Emperor Kuzco. Since 2018, the film has ranked 16th in Disney’s best animated films.

Its fresh characters and hilarious lines make the film enjoyable for everyone. No matter how old you are, this film will definitely teach you more about life.

So, be sure to read our compiled meaningful and hilarious lines from this movie.

And don’t forget to check out these Mulan quotes and Beauty and the Beast quotes.

3. “You know, the funny thing about shaking hands is you need hands.” – Kuzco

5. “This is Yzma, the Emperor’s advisor. Living proof that dinosaurs once roamed the earth.” – Kuzco

7. “Bless you for coming out in public.” – Waitress

9. “I got a little secret for you, come here. No, closer. I don’t make deals with peasants!” – Kuzco

10. “It is no concern of mine whether your family has—what was it again? You really should have thought of that before you became peasants!” – Yzma

13. “Whoa! Look at those wrinkles. What is holding this woman together?” – Kuzco

15. “Oh, right. The poison. The poison for Kuzco, the poison chosen especially to kill Kuzco, Kuzco’s poison, that poison?” – Kronk

18. “You know, in my defense, your poisons all look alike. You might think about re-labeling some of them.” – Kronk

20. “That is the last time we take directions from a squirrel.” – Yzma

21. “And so, it is with great sadness that we mourn the sudden departure of our beloved prince, taken from us so tragically on the very eve of his 18th birthday.” – Yzma

25. “His groove! The rhythm in which he lives his life, his pattern of behavior. I threw it off, and the Emperor had me thrown out the window.” – Old Man

32. “I have no idea. You’re the criminal mastermind, not me. You’re right. That’s giving you way too much credit.” – Kuzco

34. Pacha: “Someday, you’re gonna wind up all alone, and you’ll have no one to blame but yourself.”

38. “He can’t get rid of me that easily! Who does that ungrateful little worm think he is? Does he—a little to the left—have any idea of who he’s dealing with? How could he do this to me? Why, I practically raised him!” – Yzma

The Emperor’s New Groove Quotes That Show the Characters’ Arrogance

42. “Wait a minute. I remember you. I remember telling you that I was building my pool where your house was, and then you got mad at me. Oh! And you turned me into a llama!” – Kuzco

44. “Um, how else can I say it? ‘You’re being let go.’ ‘Your department’s being downsized.’ ‘You’re part of an outplacement.’ ‘We’re going in a different direction.’ ‘We’re not picking up your option.’ Take your pick. I got more.” – Kuzco

45. “Break it down? Are you kidding me? This is hand-carved mahogany.” – Kronk

46. “Alright! I’ve had enough! Tell us where the talking llama is, and we’ll burn your house to the ground.” – Yzma

49. “I could’ve let you die out there in that jungle, and then all my problems would be over.” – Pacha

50. “Yeah. You said when the sun hits this ridge just right, these hills sing. Well, pal, I was dragged all over those hills, and I did not hear any singing.” – Kuzco

51. “Well, which one? Both seem like a pretty crucial conjunction.” – Chaca

52. “Just think of it as you’re being let go. That your life’s going in a different direction. That your body’s part of a permanent outplacement.” – Yzma

53. “Why did I risk my life for a selfish brat like you? I was always taught that there was some good in everyone, but, oh, you proved me wrong.” – Pacha

55. “What is this guy babbling about? He’s like the thing that wouldn’t shut up.” – Kuzco

The Emperor’s New Groove Quotes That You Will Never Forget

59. “What is this, some little game you country folk like to play?” – Kuzco

65. “If you had done what I ordered you to do in the first place, we all could have been spared your little ‘kiss of life.'” – Kuzco

66. “Oh, yeah. Anything sounds bad when you say it with that attitude.” – Kuzco

71. “Maybe I’m just new to this whole rescuing thing, but this, to me, might be considered kind of a step backward, wouldn’t you say?” – Kuzco

76. “Yeah! And that’s for kidnapping me and taking me back to your village! Which I’m still gonna destroy, by the way.” – Kuzco

78. “Looks like you and your family are stuck on the tuneless hilltop forever, pal.” – Kuzco

79. “You know, I’m pretty sure I heard some singing on the hill next to us. In case you’re interested.” – Pacha

80. “Well, I was gonna have you imprisoned for life, but I kinda like this better.” – Kuzco

The Emperor’s New Groove Quotes to Entertain You

82. “Let’s not forget Yzma’s right-hand man. Every decade or so, she gets a new one. This year’s model is called Kronk.” – Kuzco

84. “I was the world’s nicest guy, and they ruined my life for no reason. Oh, is that hard to believe?” – Kuzco

Kronk: “But what does that have to do with anything?”

Kuzco: “Come on, I had to say something to get you to take me back to the palace.”

96. “Well, you’ll never believe this, but that llama you’re looking at was once a human being and not just any human being. That guy was an Emperor.” – Kuzco

98. “Will you take a look at that? Pretty pathetic, huh? A rich, powerful ball of charisma.” – Kuzco

100. “Because you know that means you’re doing something nice for someone else.” – Pacha

Other The Emperor’s New Groove Quotes

What Values Did You Learn From the Film?

If there is a value that we should learn from the film, it’s that we should be kind. Emperor Kuzco is a selfish person that experienced a life-changing event in his life.

His development is not something that happened in an instant. Being exposed to other people’s struggles helped him to be more understanding and kinder to other people.

The Emperor’s New Groove is a story about how love can change anyone. It tells us that no one is unchangeable if we only try to set our judgments aside and show our love and care to anyone.

What is your main takeaway from this film? Did these quotes inspire you to start changing? Join the discussion in the comments below!