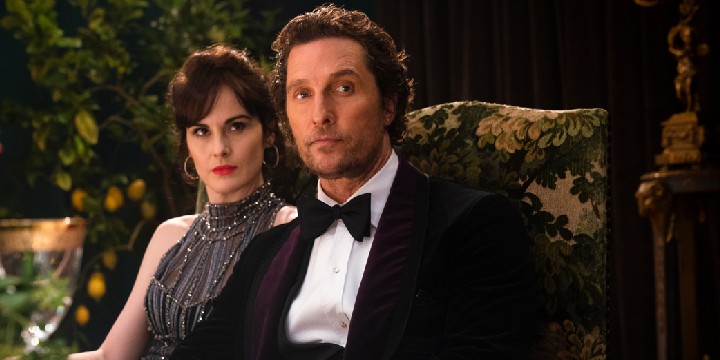 Take a look at these The Gentlemen quotes that’ll bring you back to the most compelling and meaningful scenes of this 2019 movie.

When The Gentlemen was released in 2019, it was immediately a success and grossed more than $100 million worldwide, up until January, before the pandemic hit. It is truly a rare cinematic masterpiece that captured the hearts of its audience in the 21st century.

In it, we get transported into the world of drugs, crime, money, and power through Mickey Pearson. This man is a successful and wealthy expatriate. However, behind all his prestige lies his hidden but booming marijuana empire.

The world of the rich and powerful is a scary place to be, and these The Gentlemen quotes we’ve compiled will take you right to the center of everything.

So, if this piqued your curiosity, make sure you read through to the end!

And don’t forget to check out these The Fugitive quotes and Togo quotes.

1. “If you wish to be the king of the jungle, it’s not enough to act like a king; you must be the king. And there can be no doubt. Because doubt causes chaos and one’s own demise.” – Mickey Pearson

3. “There’s only one rule in the jungle: when the lion’s hungry, he eats!” – Mickey Pearson

4. “You really can’t unsee it once you’ve seen it.” – Raymond Smith

5. “He knew how to take advantage of his advantage.” – Fletcher

6. “If you smell smoke, it’s because there’s a fire. So you’re going to have to stamp that out quickly.” – Rosalind Pearson

7. “There comes a point when the young succeeds the old; don’t push me!” – Dry Eye

8. “Sweet Mary Jane is my life. Your poison, on the other hand, is and always will be a destroyer of worlds.” – Mickey Pearson

9. “Brilliance should be acknowledged.” – Matthew Berger

The Gentlemen Quotes Packed Full of Wit and Humor

12. “I’ve seen how the sausage has been made. Now show me the butcher’s shop.” – Matthew Berger

13. “These people are going to clean house, and you are part of that house.” – Fletcher

14. “You were lost before Barry White walked in.” – Raymond Smith

16. “It was the gravity that killed him.” – Raymond Smith

18. “Everyone knows the way to a man’s heart is through his wife.” – Fletcher

20. “When the silverback has more silver than back. It’s time to move on before he’s moved on.” – Dry Eye

The Gentlemen Quotes That Are Worth a Read

Raymond Smith: “I said no.”

Fletcher: “Play a f*cking game with me, Ray.”

22. “I was just hoping we could have a cozy little drink together.” – Fletcher

23. “I like middle age. I like gentrification, private schools, fine wines, and a spoonful of caviar to help my medicine go down. But most importantly, I’m looking forward to spending more time with you.” – Mickey Pearson

24. “I’ve gone to great lengths to make my operation as invisible as possible, Matthew. If you were standing on my bush, you wouldn’t know it. As a matter of fact, you are standing in my bush.” – Mickey Pearson

25. “Racing is not your only vice. I’d say you’re eyeball deep in vice.” – Mickey Pearson

Which The Gentlemen Quotes Hit Your Heart?

The Gentlemen is a great movie packed with suspense, action, and even comedy. However, its script and quotable lines make it even more meaningful and relevant. It offers timeless pieces of advice through Mickey Pearson and the rest of the characters he interacts with.

Pearson’s world may come across as something tempting for many. He had power, influence, and of course, money. However, let’s not forget the fact that it’s also a dangerous world to live in.

The life of crime will never be smooth sailing, and as we can see from Pearson’s life, it’s full of deceit, bribery, and violence. Perhaps this is also why Pearson’s greatest quotes teach one to be strong, steadfast, and determined. Case in point, he says, “If you wish to be the king of the jungle, it’s not enough to act like a king; you must be the king.”

This, among others, speaks volumes about Mickey Pearson’s personality and values. And, although committing crimes is nothing to embody, let’s look beyond that and focus on the movie’s profound morals instead.

There are many more life-changing quotes and lessons from the movie. So, keep this list in your bookmarks so you can quickly check them out when needed!