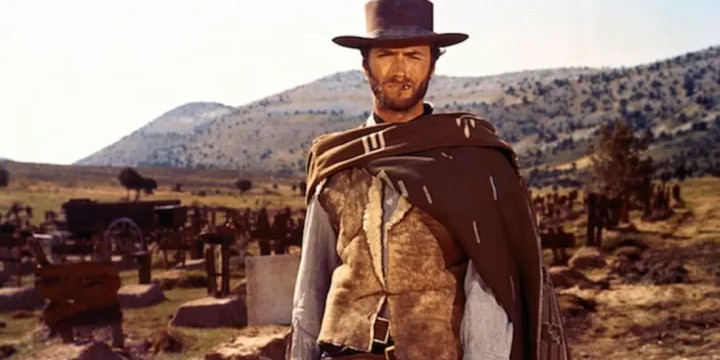 These The Good, the Bad and the Ugly quotes will no doubt make you reflect on yourself and your behavior!

The Good, the Bad and the Ugly is a Spaghetti Western movie following the journey of three men blinded by greed. Each man is presented with a description; Blondie is the good, Angel Eyes is the bad, and Tuco is the ugly.

Blondie, Angel Eyes, and Tuco each had clues to finding the gold that’s said to be hidden in an unmarked grave. However, they didn’t want to help and trust each other. Thus, they compete amid the chaos of the Civil War.

These men have very different characteristics and backstories. But, if they have an obvious similarity, it’s their greed for money. This personality of theirs led to a lot of trickery, deception, and unexpected scenes in the movie.

No wonder The Good, the Bad and the Ugly was a hit and has left a lasting impression on all fans! To get to know more about each character, read throughout this collection!

And don’t forget to check out these Butch Cassidy and the Sundance Kid quotes and True Grit quotes.

Best The Good, the Bad and the Ugly Quotes

1. Tuco: “What are you trying to say? Anybody can miss a shot? Nobody misses when I’m at the end of the rope. You never had a rope around your neck. Well, I’m going to tell you something. When that rope starts to pull tight, you can feel the devil bite your ass!”

Blondie: “Yeah, you’re right. It’s getting tougher. The way I figure, there’s really not too much future with a sawed-off runt like you.”

Blondie: “I mean, our partnership is untied. Oh no, not you. You remain tied. I’ll keep the money, and you can have the rope.”

Tuco: “You filthy, double-crossing bastard! Of all the stinking, dirty tricks—.”

Blondie: “The way back to town is only 70 miles. If you save your breath, I feel a man like you could manage it. Adios.”

Blondie: “Such ingratitude, after all the times I’ve saved your life.”

Tuco: “Wait a minute. Wait. This is only a trick! You won’t leave me here! Come back! Wait, Blondie! Listen, Blondie!”

2. “If you work for a living, why do you kill yourself working?” – Tuco

3. “You see, in this world, there are two kinds of people, my friend. Those with loaded guns and those who dig. You dig.” – Tuco

Angel Eyes: “I thought three was the perfect number.”

Blondie: “I’ve got six more bullets in my gun.”

5. Blondie: “You may run the risks, my friend, but I do the cutting. We cut down my percentage—uh, cigar? Liable to interfere with my aim.”

Tuco: “But if you miss, you had better miss very well. Whoever double-crosses me and leaves me alive, he understands nothing about Tuco. Nothing!”

6. One Armed Man: “I’ve been looking for you for eight months. Whenever I should have had a gun in my right hand, I thought of you. Now I find you in exactly the position that suits me. I had lots of time to learn to shoot with my left.”

Tuco: “When you have to shoot, shoot. Don’t talk.”

7. “There are two kinds of people in the world, my friend. Those with a rope around the neck, and the people who have the job of doing the cutting.” – Tuco

Blondie: “God is not on our side because he hates idiots also.”

8. Tuco: “Hurrah! Hurrah for the Confederacy! Hurrah! Down with General Grant! Hurrah for General—what’s his name? Lee! Lee! Haha. God is with us because he hates the Yanks too. Hurrah.”

The Good, the Bad and the Ugly Quotes to Revisit Its Outstanding Scenes

10. Tuco: “Get on that stool and put the rope around your neck. I have a different system, my friend. I don’t shoot the rope; I shoot the legs from under the stool. Even when Judas hanged himself there was thunder.”

Tuco: “Thunder or cannon fire, it’s all the same to you. Adios, Blondie.”

12. “Oh, I almost forgot. He gave me a thousand. I think his idea was that I kill you. But you know the pity is when I’m paid, I always follow my job through.” – Angel Eyes

14. “Whoever has the most liquor to get the soldiers drunk and send them to be slaughtered, he’s the winner.” – Union Captain Clinton

Short The Good, the Bad and the Ugly Quotes for You

Cool The Good, the Bad and the Ugly Quotes That’ll Give You Goosebumps

20. Tuco: “While I’m waiting for the Lord to remember me, I, Tuco Ramirez, brother of Brother Ramirez, will tell you something! You think you’re better than I am. Where we came from, if one did not want to die in poverty, one became a priest or a bandit! You chose your way. I chose mine. Mine was harder! You talk about mother and father. You forget that when you left to become a priest I stayed behind! I must have been 10, 12. I don’t remember which, but I stayed! I tried, but it was no good! Now I’m going to tell you something; you became a priest because you were too much of a coward to do what I do!”

Which Character Can You Relate to the Most?

The stars of the movie all appear to be driven by their desire for money and power. Blondie chases after the gold, Angel Eyes kills for money, and Tuco even attends his hanging—all because of wealth.

Through the characters, The Good, the Bad and the Ugly reminds us that our desperation for wealth can drive us to become persons we don’t expect—or want—to be. Even Blondie, regarded as the good one, cheats for the sake of the gold.

Wanting wealth and money is not inherently wrong. However, if you already think of hurting and stepping on other people because of it, that’s when you need to stop. Remember, needs and desires are far different from greed.

So, don’t be a fool for money. Financial stability is necessary to live a comfortable life. But, don’t let money control who you are as a person; instead, control your wealth and do things that are good for humanity.

With that, we hope these The Good, the Bad and the Ugly quotes were able to help you better navigate how you live your life. Don’t let your greed consume every bit of your goodness!