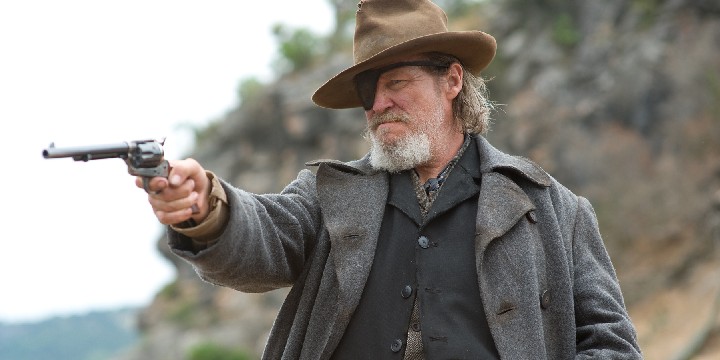 Relive the most remarkable scenes from the movie through this list of True Grit quotes!

Everyone has goals to pursue in life. Unfortunately, not all of us are like Mattie Ross, who’s willing to face any difficulties to reach her objective.

In True Grit, Mattie’s father was murdered by Tom Chaney—a hired hand. Just imagine how traumatic that event would be for a young child! Mattie was only 14 when she set out on a mission to bring those responsible for her father’s death to justice.

To complete her goal, she hires Marshal Rooster Cogburn to track down the murderer. Eventually, they meet a Texas Ranger named LaBoeuf, who’s also looking for Tom Chaney. They faced challenging circumstances, but they never gave up, which enabled the three of them to get the justice they sought.

Mattie’s journey will prove to us that passion and perseverance are the most powerful weapons we can have to reach our goal. Indeed, True Grit has many inspiring lessons you should be aware of.

So, read on and learn from the best of the best quotes from the movie!

And don’t forget to check out these The Good, the Bad and the Ugly quotes and Butch Cassidy and the Sundance Kid quotes.

1. “I don’t believe in fairytales or sermons or stories about money, baby sister, but thanks for the cigarette.” – Rooster Cogburn

3. “You must pay for everything in this world, one way or another. There is nothing free except the grace of God.” – Mattie Ross

4. Goudy: “I believe you testified that you backed away from old man Wharton?”

Goudy: “Which direction were you going?”

Rooster Cogburn: “Well, I don’t know. Possibly in the belief, it would make him more dead.”

6. “People do not give credence that a 14-year-old girl could leave home and go off in the wintertime to avenge her father’s blood, but it did not seem so strange then, although I will say it didn’t happen every day.” – Mattie Ross

7. Goudy: “Now, is it not true that you sprang up on old man Wharton and his two sons with a deadly, six-shot revolver in your hand?”

Rooster Cogburn: “I always try to be ready.”

Goudy: “Was this revolver loaded and cocked?”

Rooster Cogburn: “Well, a gun that’s unloaded and cocked ain’t good for nothing.”

Mattie Ross: “We have no rodeo clowns in Yell County.”

LaBoeuf: “A saucy line will not get you far with me.”

9. Rooster Cogburn: “They don’t call him ‘Lucky’ Ned Pepper for nothing.”

Mattie Ross: “That man gave his life for him, and he didn’t even look back.”

Rooster Cogburn: “Looking back is a bad habit.”

10. Mattie Ross: “Now I know you can drink whiskey, and I saw you kill a rat, but all the rest has been talk. I’m not paying for talk. I can get all the talk I need at the monarch boarding house.”

Rooster Cogburn: “I ought to paddle your rump!”

Mattie Ross: “I don’t know how you propose to do that from that hog wallow you’re sunk into. If I smelled as bad as you, I wouldn’t live near people.”

LeBoeuf: “Well, it means a great deal of money to me. It’s been many months’ work.”

Mattie Ross: “Well, I’m sorry that you are paid piecework not on wages and that you have been eluded the winter long by a halfwit.”

14. “Ned doesn’t go around killing people for no reason. Had he a reason, he’d kill them.” – Rooster Cogburn

15. Rooster Cogburn: “We’ll sleep here and follow in the morning.”

Mattie Ross: “But we promised to bury the poor soul inside!”

Rooster Cogburn: “Ground too hard. If the men wanted a decent burial, they should have gotten themselves kilt in summer.”

Rooster Cogburn: “I am struck that LaBoeuf is shot, trampled, and nearly severs his tongue, and not only does not cease to talk, but spills the banks of English!”

True Grit Quotes That Are Worth Treasuring

18. Mattie Ross: “Trust you to buy another tall horse.”

Rooster Cogburn: “Yeah. He’s not as game as Beau, but Stonehill says he can jump a four-rail fence.”

Mattie Ross: “You are too old and fat to be jumping horses.”

19. Rooster Cogburn: “When was the last time you saw Ned Pepper?”

Emmett Quincy: “That doesn’t bring nobody to mind. A funny lip?”

Rooster Cogburn: “Wasn’t always like that. I shot him in it.”

Emmett Quincy: “In the lower lip? What were you aiming at?”

Sheriff: “Bill Waters is the best tracker. The meanest one is Rooster Cogburn, a pitiless man, double tough; fear doesn’t enter into his thinking. I’d have to say L.T. Quinn is the straightest; he brings his prisoners alive.”

Mattie Ross: “Where would I find this Rooster?”

Sheriff: “He’ll be at the federal court this afternoon; he’s bringing in a load of prisoners from the territories.”

22. “I do not entertain hypotheticals. The world itself is vexing enough.” – Colonel Stonehill

23. Ned Pepper: “What’s your intention? Do you think one in four is a dog fall?”

Rooster Cogburn: “I mean to kill you in one minute, Ned. Or see you hanged in Fort Smith at Judge Parker’s convenience. Which’ll it be?”

Ned Pepper: “I call that bold talk for a one-eyed fat man.”

Rooster Cogburn: “Fill your hands, you son of a bitch.”

24. Cross-examining Lawyer: “Mister Cogburn, in your four years as US Marshal, how many men have you shot?”

Cross-examining Lawyer: “Let us restrict it to killed so we may have a manageable figure!”

25. Mattie Ross: “If I had killed Chaney, I would not be in this fix, but my gun misfired.”

Lucky Ned Pepper: “They will do it. It will embarrass you every time. Most girls like to play pretties, but you like guns, do you?”

Mattie Ross: “I do not care a thing about guns. if I did, I would have one that worked.”

Did These True Grit Quotes Motivate You to Be Firm in Pursuing Your Goals?

In True Grit, Mattie’s ultimate goal is to bring her father’s killer to justice by any possible means. Given that she’s just a 14-year-old child, it’s hard to believe she can reach that objective.

But, Mattie uses her intelligence and determination to succeed despite being undervalued by some people. That’s one of the best things we can take from Mattie’s journey—nothing is impossible. It’s not easy, but determination can make your goal happen.

After all, dreams are what give purpose to our lives. So, set and follow through with your goals. Do everything necessary to succeed—no matter how challenging or complex the path is.

Just keep your passion burning and be ready to persevere, like Mattie did. The day will come when you will be proud of yourself for all your accomplishments. Remember, all great things require a lot of effort.

Hopefully, this collection was able to encourage you to have a strong and clear desire to achieve your dreams. Always be fierce and independent when it comes to your goals!