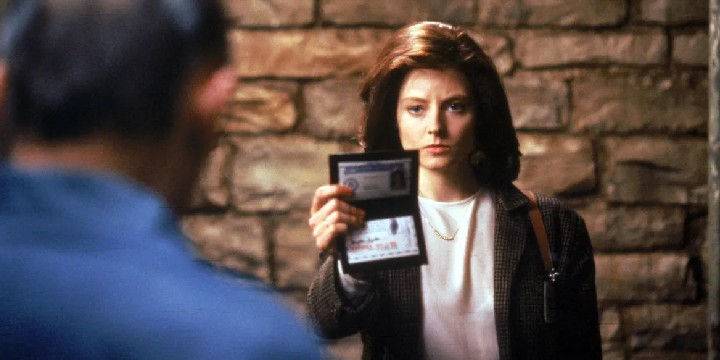 If you’re a fan of movies that will have your mind reeling, then this collection of the best The Silence of the Lambs quotes will provide you with some food for thought!

The Silence of the Lambs is an unusual and twisted tale of an FBI trainee, Clarice Starling, who seeks help from a psychopathic murderer, Hannibal Lecter. The two make up an odd combination, but to find the serial killer, Clarice needs to get inside the mind of a fellow killer. This is where everything began.

The fact that The Silence of the Lambs is a psychological thriller makes it even scarier for audiences. Apart from the gory scenes described, this movie also does its best to crawl inside our heads!

If you want to find out what happened at the end of the movie, don’t forget to scroll through to the end of our list. Maybe it’ll also be a way to help you get a better night’s sleep after watching The Silence of the Lambs!

And don’t forget to check out these Hannibal Lecter quotes and American Psycho quotes.

Best The Silence of the Lambs Quotes

2. Clarice Starling: “Did you do all these drawings, Doctor?”

Hannibal Lecter: “Ah. That is the Duomo seen from the Belvedere. Do you know Florence?”

Clarice Starling: “All that detail just from memory, sir?”

Hannibal Lecter: “Memory, Agent Starling, is what I have instead of a view.”

3. “You see a lot, Doctor. But are you strong enough to point that high-powered perception at yourself? What about it? Why don’t you—why don’t you look at yourself and write down what you see? Or maybe you’re afraid to.” – Clarice Starling

4. “A census taker once tried to test me. I ate his liver with some fava beans and a nice chianti.” – Hannibal Lecter

Legendary The Silence of the Lambs Quotes to Revisit

6. “Jack Crawford sent a trainee to me?” – Hannibal Lecter

7. “I do wish we could chat longer, but I’m having an old friend for dinner. Bye.” – Hannibal Lecter

8. “It matters, Mr. Crawford. Cops look at you to see how to act. It matters.” – Clarice Starling

9. “First principles, Clarice. Simplicity. Read Marcus Aurelius. Of each particular thing ask: what is it in itself? What is its nature? What does he do, this man you seek?” – Hannibal Lecter

10. “It rubs the lotion on its skin or else it gets the hose again!” – Buffalo Bill

11. “Look for severe childhood disturbances associated with violence. Our Billy wasn’t born a criminal, Clarice. He was made one through years of systematic abuse. Billy hates his own identity, you see, and he thinks that makes him a transsexual. But his pathology is a thousand times more savage and more terrifying.” – Hannibal Lecter

Hannibal Lecter: “Who can say? Best thing for him, really. His therapy was going nowhere.”

13. Hannibal Lecter: “Why do you think he removes their skins, Agent Starling? Enthrall me with your acumen.”

Clarice Starling: “It excites him. Most serial killers keep some sort of trophy from their victims.”

Clarice Starling: “No. No, you ate yours.”

14. Officer Murray: “Is it true what they’re sayin’, he’s some kinda vampire?”

Clarice Starling: “They don’t have a name for what he is.”

15. Jack Crawford: “Just do your job, but never forget what he is.”

Clarice Starling: “And what is that?”

Dr. Frederick Chilton: “Oh, he’s a monster. Pure psychopath. So rare to capture one alive. From a research point of view, Lecter is our most prized asset.”

16. “I’ve no plans to call on you, Clarice. The world is more interesting with you in it.” – Hannibal Lecter

17. Hannibal Lecter: “Jack Crawford is helping your career isn’t he? Apparently, he likes you, and you like him too.”

Clarice Starling: “I never thought about it.”

Hannibal Lecter: “Do you think that Jack Crawford wants you sexually? True, he is much older but do you think he visualizes scenarios, exchanges, f*cking you?”

Clarice Starling: “That doesn’t interest me Doctor, and frankly, it’s—it’s the sort of thing that Miggs would say.”

18. “Do not touch the glass. Do not approach the glass. You pass him nothing but soft paper—no pencils or pens. No staples or paperclips in his paper. Use the sliding food carrier, no exceptions. If he attempts to pass you anything, do not accept it. Do you understand me?” – Dr. Frederick Chilton

19. Dr. Frederick Chilton: “What you are doing, Miss Starling, is coming into my hospital to conduct an interview, and refusing to share information with me, for the third time.”

Clarice Starling: “Sir, I told you, this is just a routine follow-up on the Raspail case.”

Dr. Frederick Chilton: “He is my patient. I have rights.”

Clarice Starling: “I understand that, Sir.”

Dr. Frederick Chilton: “Look, I am not just some turn-key, Miss Starling.”

20. “I’ve been in this room for eight years now, Clarice, and I know they’ll never let me out—not while I’m alive. What I want is a view where I can see a tree or even water. I want to be in a federal institution far away from Doctor Chiltern. I’ll help you catch him, Clarice.” – Hannibal Lecter

Do You Think There’s Anything You Can Learn From a Criminal?

When Claire Starling met Hannibal Lecter, she seemed to start baring her soul open. Perhaps Lecter being a psychologist played a part in that, too. He tried to peer into Claire’s innermost self, and in turn, it also helped Claire get a better understanding of herself.

However, being honest with ourselves is one of the hardest things to do in real life. We must have the courage to face our inner demons, imperfections, and irrational desires.

As humans, we all hold on to our secrets tightly. We constantly fear others’ judgments, even our own, if ever they get out. However, we must remember that freeing ourselves from this fear is the only way to move forward and continue toward our goals in life.

So, while some might consider Hannibal Lecter’s strategy of making Claire speak dirty, let’s not forget that he also taught her to be honest with herself. In a way, he also led Clarice closer to accomplishing her task.

With that, we hope we were able to shift your perspective when it comes to The Silence of the Lambs. Yes, it has some crazy scenes and lines that’ll keep you awake at night. However, it has some meaningful lessons we can all treasure, too!