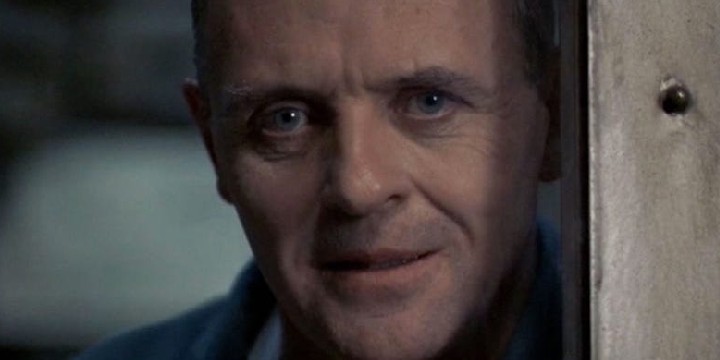 If you want to get a taste of both his genius and insanity, then this collection of the best Hannibal Lecter quotes is for you!

Hannibal Lecter is a character who appeared in different movies, TV series, and books. However, he’s famously known for his appearance in The Silence of the Lambs.

His role stretches across multiple platforms, but one thing remains true: his horrific actions and lines make us clutch onto the edge of our seats!

One of the gruesome acts he’s notorious for is eating his victims. This earned him the nickname, Hannibal the Cannibal.

No doubt, Hannibal Lecter is not a character you want to come across. But, beyond his violent and brutal tendencies, he has many insights to share about life and humanity.

Scroll through to the end to learn more about him! Don’t miss out because we’ve gathered his best quotes from The Silence of the Lambs, and some of his most iconic ones from the other adaptations, too.

And make sure to read these The Silence of the Lambs quotes and American Psycho quotes.

1. “Cruelty is a gift humanity has given itself.”

2. “Without death, we’d be at a loss. It’s the prospect of death that drives us to greatness.”

3. “Discourtesy is unspeakably ugly to me.”

4. “Whenever feasible, one should always try to eat the rude.”

6. “People don’t always tell you what they’re thinking. They just see to it that you don’t advance in life.”

8. “The significance of the moth is change. Caterpillar into chrysalis or pupa, and, from thence, into beauty.”

11. “Have you ever seen blood in the moonlight? It appears quite black.”

13. “I never feel guilty eating anything.”

14. “You see, the brain itself feels no pain if that concerns you, Clarice.”

15. “Nothing happened to me, Officer Starling. I happened. You can’t reduce me to a set of influences.”

Hannibal Lecter Quotes That Are Filled With Wisdom

17. “Our scars have the power to remind us that the past was real.”

19. “Would they have your back, you think? The FBI? Those people you despise almost as much as they despise you. Would they give you a medal, Clarice, do you think? Would you have it professionally framed and hang it on your wall to look at and remind you of your courage and incorruptibility? All you would need for that, Clarice, is a mirror.”

Chilling Hannibal Lecter Quotes to Give You the Creeps

20. “When the fox hears the rabbit scream, he comes a-running but not to help!”

21. “I must confess to you, I’m giving very serious thought​​—to eating your wife!”

22. “I do wish we could chat longer, but I’m having an old friend for dinner.”

23. “A census taker once tried to test me. I ate his liver with some fava beans and a nice chianti.”

24. “I came halfway around the world to watch you run, Clarice. Let me run, eh?”

25. “Remarkable boy. I do admire your courage. I think I’ll eat your heart!”

29. “You will not persuade me with appeals to my intellectual vanity.”

Hannibal Lecter Quotes to Revisit Some of His Best Scenes

31. “I’ve been in this room for eight years now, Clarice. I know they will never ever let me out while I’m alive. What I want is a view. I want a window where I can see a tree or even water. I want to be in a federal institution, far away from Dr. Chilton.”

32. “Quid pro quo, Clarice. I tell you things, you tell me things. Not about this case of course but about yourself. Quid pro quo. Yes or no Clarice.”

33. “Look for severe childhood disturbances associated with violence. Our Billy wasn’t born a criminal, Clarice. He was made one through years of systematic abuse. Billy hates his own identity, you see, and he thinks that makes him a transsexual. But his pathology is a thousand times more savage and more terrifying.”

35. “You still wake up sometimes, don’t you? You wake up in the dark and hear the screaming of the lambs.”

36. “Evil’s just destructive? Then storms are evil if it’s that simple. And we have a fire, and there’s hail. Underwriters lump it all under ‘Acts of God.’”

37. “No. That is incidental. What is the first and principal thing he does? What needs does he serve by killing?”

39. “Are you looking for sympathy? You’ll find it in the dictionary between ‘shit’ and ‘syphilis.’”

40. “lt feels good because God has power. lf one does what God does enough times, one will become as God is. God’s a champ. He always stays ahead.”

41. “Do you believe you could change me the way I’ve changed you?”

42. “Words are living things. They have personality, point of view, agenda.”

43. “Love and death are the two great hinges on which all human sympathies turn.”

44. “Better to live true to yourself for an instant than never know it.”

45. “The Devil has been a yoke on the neck of humanity since we first began to think and dream.”

46. “An abnormal reaction to an abnormal situation is normal behavior.”

48. “The essence of the worst in the human spirit is not found in the crazy sons of bitches. Ugliness is found in the faces of the crowd.”

49. “Then here’s one—you stink of fear under that cheap lotion. You stink of fear, Will, but you’re not a coward. You fear me, but still, you came here. You fear this shy boy, yet still, you seek him out. Don’t you understand, Will? You caught me because we’re very much alike. Without our imaginations, we’d be like all those other poor dullards. Fear is the price of our instrument. But I can help you bear it.”

Did These Quotes Give New Meaning to the Horrors That Humanity Can Do?

Growing up, we’re presented with countless stories of superheroes fighting monsters. In these settings, monsters are the only ones who could mess up our otherwise normal and happy world. But, in reality, this is not the case.

Through Hannibal Lecter, we learn that society doesn’t need monsters to destroy itself. Society has humans, and humans are capable of committing many dark and atrocious things. This is because many of us think that we have the power to do whatever we want—regardless of how it will affect others.

We fail to recognize and fear the effects our actions might have on others—and we’re not just talking about murder, like what Hannibal Lecter committed. All our actions, big or small, start a domino effect. We must be aware, considerate, and mindful of what our choices entail.

However horrific, Hannibal Lecter is still an intelligent character that gives insight into life, truth, and humanity. Try to reflect on his lines, and maybe you’ll uncover an additional insight or two that you can learn from.

Do you think there are other lessons you can learn from Hannibal Lecter? Have you watched The Silence of the Lambs? Comment below!