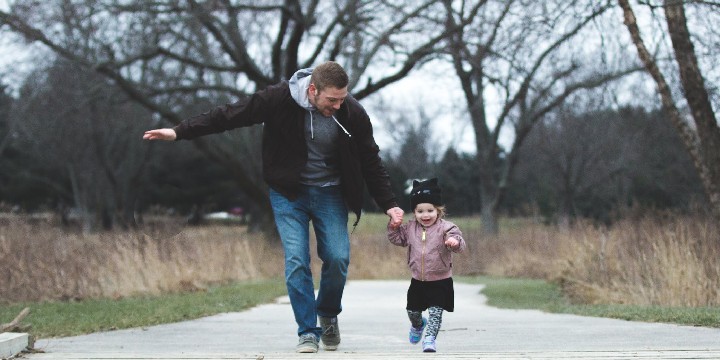 These toxic father quotes can help you better understand your relationship with your dad if you have dealt with toxicity in the past.

We regard our father as a hero who will protect and cherish us. But, this is not always the case for everyone. Some people grow up confused since they have a toxic father who beats and abuses them—whether physically, mentally, or emotionally.

We can’t always control how someone acts. But, we can help make them realize that they shouldn’t continue down the rabbit hole filled with sadness and toxicity.

Check the complete list below to learn more about toxic fathers and how they affect their kids!

And make sure to read these toxic mother quotes and toxic parents quotes.

1. “He broke promises, was abusive physically and mentally, never was around and caused my life to be a living hell.” – Anonymous

2. “When a father, absent during the day, returns home at six, his children receive only his temperament, not his teaching.” – Robert Bly

3. “Real dads support their children without the law telling them they have to.” – Anonymous

4. “Fathers, you are the head and strength of the family unit. If you are not in place, there is a weakness in the link.” – Anonymous

5. “You can always leave your childhood trauma your abusive mom or dad behind. Never be a victim.” – Anonymous

6. “No matter how toxic your parents might be, you still have a need to deify them. Even if you understand, on one level, that your father was wrong to beat you, you may still believe he was justified. Intellectual understanding is not enough to convince your emotions that you were not responsible.” – Dr. Susan Forward

7. “There’s nothing worse than a man that can be everything to everybody else except a father to their own child.” – Anonymous

8. “Let’s get out of the habit of telling people, ‘That’s still your mom, your dad, or your sister.’ Toxic is toxic. You are allowed to walk away from people that constantly hurt you.” – Anonymous

9. “I have a horrible time trying to figure out who I am, what I want, or what I need. I’m just beginning to figure it out. The hardest part is for me to like myself. Every time I try, I hear Daddy telling me what an awful kid I was.” – Dr. Susan Forward

10. “Manipulation and control are favourite weapons abusive dads often use on their children for control.” – Anonymous

11. “My dad had limitations. That’s what my good-hearted mom always told us. He had limitations, but he meant no harm. It was kind of her to say, but he did do harm.” – Gillian Flynn

13. “My earthly father was never there, he left my mother in despair. He spoke cruel words and did not care. He caused many tears and gave me much fear.” – Anonymous

15. “It’s not flesh and blood but the heart which makes us fathers and sons.” – Jonathan Schiller

Toxic Father Quotes That Are Full of Wisdom and Insight

16. “Sorry that mommy has to teach you how to be a man. Daddy was more of a bitch than we initially thought.” – Anonymous

17. “My father never did any of the things that my friends’ fathers did with them. We never tossed a football around or even watched games together. He would always say, ‘I don’t have time—maybe later, but he always had time to sit around and get drunk.” – Dr. Susan Forward

18. “Unless a father accepts his faults he will most certainly doubt his virtues.” – Anonymous

19. “Her father’s sporadic benevolence kept Kate yearning for his love, hoping for a turnaround. This hope kept her bonded to him long after she reached adulthood. As part of that bonding, she believed she had to keep secret the truth of her father’s behavior. A ‘good’ girl would never betray her family.” – Dr. Susan Forward

20. “His father’s general mistrust of the future carried through to his thoughts on women. Like success, women would inevitably turn on you someday. He had a suspicion of women that bordered on paranoia. His son internalized these views as well.” – Dr. Susan Forward

21. “Like many aggressors, Tracy’s father looked within the family, to his daughter, in an attempt to make up for whatever deprivation he experienced. This distorted use of a child to take care of an adult’s emotional needs can easily become sexualized if that adult cannot control his impulses.” – Dr. Susan Forward

22. “You know, if fathers just did what they’re supposed to do, half of the junk that we face in the streets wouldn’t exist.” – Nathan Hayes

23. “A child is not an adult, a child didn’t ask to be here. Any man that doesn’t take care of his responsibilities to his family and to his children, do me a favor stop calling yourself a man—at least have the decency to admit that you’re a boy. You don’t know what manhood is.” – Anonymous

24. “I cannot think of any need in childhood as strong as the need for a father’s protection.” – Sigmund Freud

25. “The battered child spends his entire childhood searching for the Holy Grail of parental love. That search continues into adulthood. Kate, too, remembered: When I was a baby, my father would hold me, love me, and rock me. And when I was a little older, he was always there taking me to dance classes on the weekend or to the movies. He really loved me at one point in his life. I guess my greatest wish is for him to love me again the way he used to.” – Dr. Susan Forward

26. “Direct control usually involves intimidation and is frequently humiliating. Your feelings and needs must be subordinated to those of your parents. You are dragged into a bottomless pit of ultimatums. Your opinion is worthless; your needs and desires are irrelevant. The imbalance of power is tremendous.” – Dr. Susan Forward

27. “Every time that I take out a woman, I hear my father’s voice saying, ‘Women love to trick men.’ They’ll take you for all you’ve got if you’re stupid enough to let them.” – Dr. Susan Forward

28. “It’s so disheartening to see people who are supposed to love you use you for their selfish purposes.” – Anonymous

29. “My father was a food lover and a deadbeat dad, and maybe a connection between good food and bad dads was forged early, in the deepest folds of my subconscious, where we make so many decisions about our parents.” – J. R. Moehringer

30. “I promised myself to be a better father to my kids than my dad.” – Anonymous

31. “You are an adult and can withstand your discomfort for the purpose of becoming your own person.” – Dr. Susan Forward

32. “The people I looked up to for comfort are the ones who make me depressed.” – Anonymous

33. “You can’t change someone who can’t see an issue in their actions.” – Anonymous

34. “‘Because I love you,’ is not the reason for manipulation or abuse.” – Anonymous

35. “Just because someone is ‘family’ doesn’t mean you have to tolerate lies, chaos, drama, manipulation, and disrespect.” – Anonymous

37. “Phil talked openly about his current life, but he closed up when I asked him about his early years. With some gentle probing, he told me that what he remembered most vividly about his childhood was his father’s constant teasing. The jokes were always at Phil’s expense and he often felt humiliated.” – Dr. Susan Forward

38. “It is time to step up and be a man. Call your children and tell them sorry for being a piece of shit. Then actually stay around and be a positive force in their life.” – Anonymous

39. “My dad broke my heart before any boy had the chance to.” – Anonymous

What Kind of Presence and Value Does Your Father Have In Your Life?

Our prior experiences and environment influence our behavior. This behavior often prevents us from socializing because we fear others will learn our story and judge us.

Some people are hesitant to start their own families because they don’t know how to be good parents and are afraid of making mistakes. But, everyone is different, and if you choose to be a better person, you’ll be able to veer away from being a harmful and toxic parent to your children.

Don’t allow your past to hold you back from living a better life. You are a different person than your father—you have a choice, and you can become a far better father if you want to.

Which of these toxic father quotes were you able to relate to the most? Did you see the light at the end of the tunnel after reading through the list? Let’s discuss this in the comments area below.