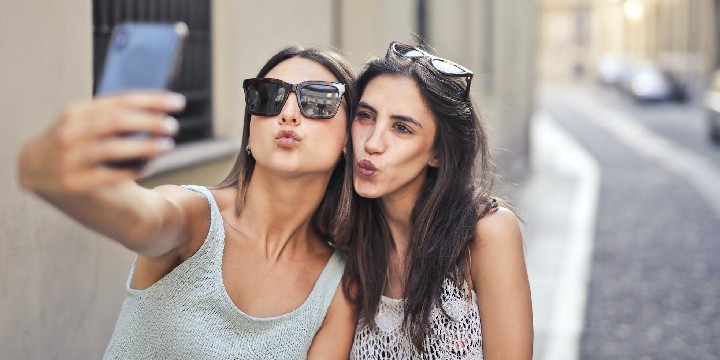 If you’re having problems with your sister and want to know why they act as they do, then these toxic sister quotes are for you.

The conflict between sisters may be stressful, and a variety of factors might contribute to it. Toxic family members are responsible for promoting sibling rivalry.

If not raised in a positive environment, children learn to compete for attention and love. Sometimes, envy and rivalry arise, shaking up the balance.

We’ve compiled this list of quotes to help you understand why people are toxic and how to deal with it.

And don’t forget to check out these toxic mother quotes and toxic father quotes.

1. “Love is close to hate when it comes to sisters. You’re as close as two humans can be. You came from the same womb. The same background. Even if you’re poles apart, mentally. That’s why it hurts so much when your sister is unkind. It’s as though part of you is turning against yourself.” – Jane Corry

2. “Your narcissistic sister pretends that she cares about you but know that when this happens she is treating you ‘nicely’ because she wants something from you, a narcissistic supply that she is after.” – Anonymous

3. “If you can identify a specific way in which your sister has harmed you, it’s best to get as much distance from her as your circumstances allow, at least temporarily, so you can think your situation through. If there’s still a safety risk, put your safety above everything else.” – Aimee Daramus

4. “With toxic siblings, your brother or sister is never wrong. They often have the mentality that nothing is their fault, and everyone else is wrong.” – Christene Lozano

5. “Brother or sister has no meaning if they treat each other like worst enemies.” – Samuel Zulu

6. “Nobody fights you like your own sister; nobody else knows the most vulnerable parts of you and will aim for them without mercy.” – Jojo Moyes

7. “If your sister is in a tearing hurry to go out and cannot catch your eye, she’s wearing your best sweater.” – Pam Brown

8. “I suppose there are sisters that don’t compete. I have never met one.” – Lisa Grunwald

9. “At this point, none of us are sure why we fight. We’re sisters. We need no good reason to fight, even though we have plenty of them.” – Ken Wheaton

10. “The term brother or sister means nothing more than what you define it as.” – Anonymous

12. “The most toxic person in my life was my sister. And there was only one solution.” – Anonymous

13. “A narcissist can be your husband, wife, mother, father, sister, brother, boyfriend, girlfriend, neighbor, boss, church member, or anyone you come in contact with. There are endless possibilities of ‘who’ they can be. The important thing to remember is that the actions, behaviors are all very similar.” – Tracy Malone

14. “I hate my sister, she made my life so miserable; she’s a lying, hateful, heartless, narcissistic person.” – Anonymous

15. “Sisters never quite forgive each other for what happened when they were five.” – Pam Brown

16. “If you hate your sister and can’t really understand why, or if you think that your own issues are the problem, definitely try to get therapy.” – Aimee Daramus

17. “Siblings are not always the best part of growing up, not if they are toxic. Not all of us have siblings we get along with. If you are stuck with a hateful brother or sister, it can leave a negative scar on you for life. It can take a lot of work to keep such a toxic relationship going.” – Anonymous

18. “It’s so sad that even people closely related by blood can betray each other.” – Anonymous

19. “In truth, I did not have to wonder. She would be feeling that disturbing mixture of emotions that she always summoned from me: admiration and envy, pride and a furious rivalry, a longing to see a beloved sister succeed, and a passionate desire to see a rival fall.” – Philippa Gregory

20. “Tragically, your worst enemies will always come from your own household.” – Anonymous

21. “Once you have researched and understand that your sister is a narcissistic personality, you realize that you are not and never were to blame for her cruel betrayals and psychological and emotional abuse.” – Anonymous

22. “The worst feeling is being left out by your sisters.” – Anonymous

23. “This is right on the money. It’s like the person who wrote this knows my sister.” – Anonymous

24. “If you don’t understand how a woman could both love her sister dearly and want to wring her neck at the same time, then you were probably an only child.” – Linda Sunshine

25. “If she is constantly critiquing your behavior or thoughts, limit the contact with her.” – Anonymous

26. “My sister and I never engaged in sibling rivalry. Our parents were not that crazy about either one of us.” – Erma Bombeck

27. “She was always bad growing up, but no one ever believed me. And when our parents died, the mask came off completely and it was ugly.” – Anonymous

28. “Sisters define their rivalry in terms of competition for the gold cup of parental love. It is never perceived as a cup which runneth over, rather a finite vessel from which the more one sister drinks, the less is left over for the others.” – Elizabeth Fishel

29. “She may be jealous of you and your partner’s relationship, and lashing out because she feels inadequate.” – Anonymous

30. “I get in fights with my sister all the time. She comes on the road with me and we fight—like sisters do.” – Florence Welch

Do You Think Parenting Has an Effect on Having a Toxic Relationship With Your Sister?

Proper parenting has a significant impact on sibling relationships. Some people are blessed with a good family environment, but others are not. If they are part of the latter, children may create their own identity without regard for the opinions of others.

We all have a special place in our family. However, sometimes, some sisters don’t recognize that.

Don’t let their toxicity and negativity get to you; instead, stand your ground. We hope these quotes were able to help you understand more about toxic sisters.

Which of these toxic sister quotes is your favorite? Please, post them in the comments area below.