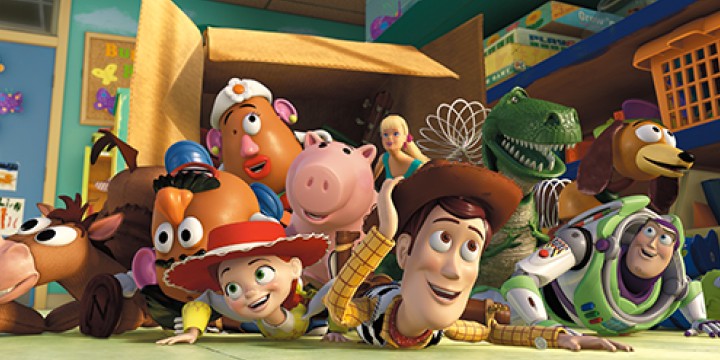 Travel back in time and reminisce about your favorite childhood friends with the help of these Toy Story quotes we’ve got ready for you.

Toy Story is a movie that immerses you in a fictional world where your favorite toys come to life. In their world, the toys all have different personalities and quirks, and they all thrive with their owner’s love and care. In the movie, Andy’s favorite toy is Woody.

Woody is a pull-string cowboy doll; because he’s Andy’s favorite, the rest of the toys listen to him as their leader. However, everything began to change when Andy was gifted with Buzz Lightyear—a more modern space cadet and action figure. Woody felt he was being replaced, leading to the two’s rivalry.

However, after experiencing many ups and downs together, Woody and Buzz slowly formed a friendship that no one expected. They became the best of friends—even partners!

Read on to know more about what happened with Woody, Buzz, and the rest of their friends!

And don’t forget to check out these Buzz Lightyear quotes and Inside Out quotes.

1. “You have saved our lives. We are eternally grateful.” – The Aliens

Buzz Lightyear: “This isn’t flying; this is falling with style!”

3. “And there seems to be no sign of intelligent life anywhere.” – Buzz Lightyear

4. “You are a sad, strange little man, and you have my pity. Farewell.” – Buzz Lightyear

5. “You’re a toy! You aren’t the real Buzz Lightyear! You’re—you’re an action figure! You are a child’s plaything!” – Woody

Buzz Lightyear: “Excuse me, I think the word you’re searching for is ‘Space Ranger.’”

Woody: “The word I’m searching for, I can’t say, because there are preschool toys present.”

7. “I don’t believe that man’s ever been to medical school.” – Buzz Lightyear

Toy Story Quotes and Catchphrases That Will Never Get Old

8. “To infinity and beyond!” – Buzz Lightyear

13. “From now on you must take good care of your toys, because if you don’t, we’ll find out, Sid. We toys can see everything! So play nice!” – Woody

14. “A good soldier never leaves a man behind.” – Sergeant

16. “Why would Andy want you? Look at you! You’re a Buzz Lightyear! Any other toy would give up his moving parts just to be you. You’ve got wings, you glow in the dark, you talk, your helmet does that—that whoosh thing. You’re a cool toy. As a matter of fact, you’re too cool. I mean—what chance does a toy like me have against a Buzz Lightyear action figure?” – Woody

17. “I knew you were right all along, Woody. Never doubted you for a second.” – Slinky Dog

Toy Story Quotes to Read Till the End of Time

18. “You uncultured swine. What are you looking at, ya hockey puck?” – Mr. Potato Head

Buzz Lightyear: “Sheriff, this is no time to panic.”

Woody: “This is a perfect time to panic! I’m lost, Andy is gone, they’re gonna move from their house in two days, and it’s all your fault!”

Buzz Lightyear: “My—my fault? If you hadn’t pushed me out of the window in the first place—.”

Woody: “Oh, yeah? Well, if you hadn’t shown up with your stupid little cardboard spaceship and taken away everything that was important to me—!”

21. “But what if Andy gets another dinosaur—a mean one? I just don’t think I could take that kind of rejection!” – Rex

23. “Buzz! You’re alive! This is great! I’m saved! Andy will find you here, he’ll take us back to the room, and then you can tell everyone that this was all just a big mistake.” – Woody

Buzz Lightyear: “One minute you’re defending the whole galaxy, and, suddenly, you find yourself sucking down Darjeeling with Marie Antoinette—and her little sister.”

Did These Quotes Show You How Significant Friends Are to Your Growth and Happiness?

Competitiveness is a typical human trait. It’s actually pretty healthy to have a friendly competition with those around you, as that kind of pressure will push you to want to improve. However, it becomes unhealthy when you start thinking negatively about others and actively try to bring others down.

This is what happened at the beginning of Toy Story. Woody was so used to being the favorite that he couldn’t accept Buzz Lightyear’s presence. It started as bouts of jealousy, but it got worse, and Buzz almost got lost forever.

Though Woody initially denied his mistakes, he slowly began to realize them with the help of his other friends like Bo Beep, Slinky Dog, Mr. Potato Head, and more. Through them, Woody becomes more honest and tries to make up for his wrongdoings by going on a quest to save Buzz.

There were many instances where Woody felt so out of his element, but in the end, he was able to get Buzz back home. To add to this, the bad blood between the two dissipated. They became more mature through their hardships, and they became the best of friends.

So, through Toy Story and the quotes above, we learn that friendship is vital to one’s growth. After all, Woody wouldn’t have recognized and corrected his mistakes without the help of his friends. Friends are like family; never take them for granted!