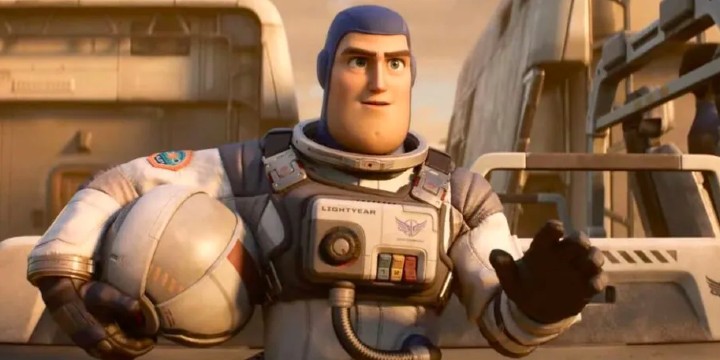 Reading this list of the best Buzz Lightyear quotes is a great way to take a trip down memory lane and reminisce about your best childhood memories!

Woody might be the main character of the Toy Story franchise, but Buzz Lightyear is just as important.

There’s no denying that the movies wouldn’t have had the impact they did without him.

His character was created when astronauts and outer space were popular with children.

When he was introduced in the first movie, he had some sort of rivalry with Woody, Andy’s favorite toy. Little did they know that they would become lifelong friends.

Buzz Lightyear’s strengths were highlighted from the beginning of the franchise.

But, at the same time, they also showed his struggles of adapting to the new world he’s in.

This continued throughout the movies, where they showed Buzz constantly learning new things and breaking his limits to fulfill his missions successfully.

He’s a fictional character—a toy—but he provides some lessons all kids can learn from.

We’ve compiled some of his most iconic quotes for you, so make sure you add them to your must-read list!

And don’t forget to check out these Toy Story quotes and Shrek quotes.

1. “Excuse me, I think the word you’re searching for is ‘Space Ranger.’”

3. “Because of you, the future of this entire universe is in jeopardy!”

4. “This isn’t flying, this is falling with style.”

5. “I just want you to know that even though you tried to terminate me, revenge is not an idea we promote on my planet.”

7. “This is an intergalactic emergency.”

8. “There seems to be no sign of intelligent life anywhere.”

Buzz Lightyear Quotes to Move You

16. “Woody once risked his life to save mine, and I couldn’t call myself his friend if I wasn’t willing to do the same. Now, who’s with me?”

20. “The important thing is that we stick together.”

21. “Woody, we need to figure out what’s best for everyone!”

22. “Somewhere in that pad of stuffing is a toy who taught me that life’s only worth living if you’re being loved by a kid. And I traveled all this way to rescue that toy because I believed him.”

23. “My eyeballs could have been sucked from their sockets!”

26. “I tell you, I could fly around this room with my eyes closed!”

27. “I don’t believe that man has ever been to medical school.”

Mr. Potato Head: “Are we gonna do this all night? My parts are killing me.”

Buzz Lightyear: “Come on, fellas. Did Woody give up when Sid had me strapped to a rocket?”

Buzz Lightyear: “No. And did he give up when you threw him out of the back of that moving van?”

37. “Negative. There are no restraining harnesses in the cargo area. We’ll be much safer in the cockpit.”

39. “Another stunt like that, cowboy, you’re going to get us killed.”

40. “One minute you’re defending the whole galaxy. And suddenly you find yourself suckin’ down Darjeeling with Marie Antoinette and her little sister.”

41. “Sheriff, I can see your indwelling from here. You’re almost home.”

42. “Spare me your lies, temptress! Your emperor’s defeated, and I’m immune to your bewitching good looks.”

Buzz Lightyear: “Sure, you will, Rex. In fact, you’re a better Buzz than I am.”

44. “I would like to inform you that we don’t have violence on my planet.”

45. “You, my friend, are responsible for delaying my rendezvous with star command!”

56. “Well, no. I’m actually stationed at the Gamma Quadrant, Sector Four. As a member of the elite Universe Protection Unit of the Space Ranger Corps, I protect the Galaxy from the threat of invasion from the evil Emperor Zurg, sworn enemy of the Galactic Alliance!”

47. “We’re going in the attic now, folks. Keep your accessories with you at all times. Spare parts, batteries, anything you need for an orderly transition.”

Buzz Lightyear: “Um, okay, but it won’t be the same coming from me.”

Buzz Lightyear: “Sheriff, this is no time to panic.”

Buzz Lightyear: “I’ll never give in. You killed my father!”

Do You See Any Similarities Between You and Buzz Lightyear?

Like all the other characters in Toy Story, Buzz Lightyear is unique, complex, and has many traits that we can relate to. He has pride, confidence, and is incredibly trained in several forms of martial arts. But, like humans, Buzz Lightyear can feel embarrassed too.

In the beginning, he was adamant that he wasn’t a toy; Buzz didn’t accept the reality presented to him and did his best to prove to Woody and the others that he was a true Space Ranger. When Buzz realized that he couldn’t fly, that his laser was just a light bulb, and that, most of all, he’s just a toy, he felt depressed and pitied himself. This led him to believe that he couldn’t fulfill his missions and help his newfound friends.

But, with the support of the others, he slowly learned that it’s possible to go beyond the limits imposed on him. There’s nothing he can’t do if he sets his mind to it. After all, limitations are usually only self-imposed; we can accomplish anything if we recognize that we’re more than what we think we are.

Let Buzz Lightyear motivate you and help you understand that you can thrive in whatever environment. You just have to reflect and look within yourself. Break what you think is your limit, and keep going until you reach the top!

What are your favorite Buzz Lightyear quotes? Did you learn anything else from this collection? Join the discussion below.