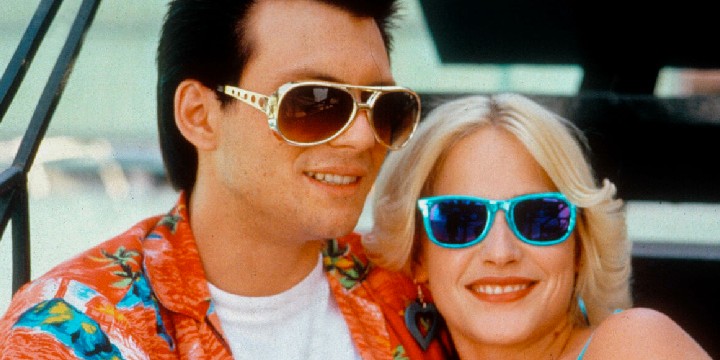 Buckle up because you’re about to take an exciting ride with these True Romance quotes!

True Romance is an American romantic crime movie directed by Tony Scott and written by Quentin Tarantino. It is a story about how Clarence found Alabama, his true love, in just one night.

Their love proves to be so strong that they would die for each other in the end. Indeed, True Romance shows exactly what makes love eternal—never giving up on your partner even when times are tough.

But, beyond the romance, the movie also has a lot of action-packed scenes we’re sure you’ll love. It’s a never-ending adrenaline rush!

So, if you want to know more about True Romance, continue to read through to the end. Brace yourselves while reading!

And don’t forget to check out these Falling Down quotes.

1. “If there’s one thing this last week has taught me, it’s better to have a gun and not need it than to need a gun and not have it.” – Clarence Worley

3. “Now, what we got here is a little game of show and tell. You don’t wanna show me nothing, but you’re telling me everything.” – Vincenzo Coccotti

4. “Sicilians are great liars—the best. We have generations of great liars in our family, my own father was the world heavyweight champion of Sicilian liars. And he taught me that a man has sixteen different behaviors and mannerisms that give him away when he’s lying.” – Vincenzo Coccotti

5. “I haven’t killed anybody since 1984. Go over to this comedian’s son’s apartment, come back with something that tells me where that *sshole went, so I can wipe this egg off my face and finish this f*cked up family for good.” – Vincenzo Coccotti

6. “Hi. How are you? My name’s Elliot, and I’m with the Cub Scouts of America. We’re selling uncut cocaine to get to the jamboree.” – Elliot Blitzer

8. “I’m gonna go jump in the tub and get all slippery and soapy and then hop in that waterbed and watch X-rated movies ’till you get your *ss back in my lovin’ arms.” – Alabama Whitman

9. “Get away with it? Killing’s the hard part. Gettin’ away with it, that’s easy. You think a cop gives a f*ck about a pimp? Listen. Every pimp in the world gets shot. Two in the back of the f*ckin’ head. Cops’d throw a party, man. Long as you’re not at the scene of the crime, smokin’ gun in your hand, you’d get away with it. Clarence Worley, I like you. I always have. Always will.” – Mentor

10. “I had to come all the way from the highway and byways of Tallahassee, Florida to Motor City, Detroit, to find my true love. If you gave me a million years to ponder, I would never have guessed that true romance and Detroit would ever go together. And ‘till this day, the events that followed all still seem like a distant dream. But the dream was real and was to change our lives forever. I kept asking Clarence why our world seemed to be collapsing, and things seemed to be getting so sh*tty. And he’d say, ‘that’s the way it goes, but don’t forget, it goes the other way too.’ That’s the way romance is, usually, that’s the way it goes, but every once in a while, it goes the other way too.” – Alabama Whitman

15. “I’m the Anti-Christ. You got me in a vendetta kind of mood. You tell the angels in heaven you never seen evil so singularly personified as you did in the face of the man who killed you. My name is Vincent Coccotti. I work as counsel for Mr. Blue Lou Boyle, the man your son stole from. I hear you were once a cop, so I can assume you’ve heard of us before. Am I correct?” – Vincenzo Coccotti

Alabama Whitman: “I’m not a wh*re. I’m a call girl. There’s a difference, you know?”

True Romance Quotes to Prove That Love Conquers All

17. “I can’t tell you—that was one of the best times I ever had. It was. But, you know, I knew something must be rotten in Denmark. There was no way you could like me that much. Man, I can’t tell you how relieved I was when you took off your dress, you—you didn’t have a dick.” – Clarence Worley

18. “Please shut up. I’m trying to come clean, okay? I’ve been a call girl for exactly four days, and you’re my third customer. I want you to know that I’m not damaged goods. I’m not what they call Florida White trash. I’m a good person, and when it comes to relationships, I’m 100%. I’m 100% monogamous.” – Alabama Whitman

19. “You just said you love me, now if I say I love you and just throw caution to the wind and let the chips fall where they may, and you’re lying to me, I’m gonna f*ckin’ die.” – Clarence Worley

20. “I tell him of how I would want to die, but that the anguish and the want of death would fade like the stars at dawn and that things would be much as they are now. Perhaps, except maybe I wouldn’t have named our son Elvis.” – Alabama Whitman

More True Romance Quotes That Will Give You Chills

22. “Now, the first time you kill somebody, that’s the hardest. I don’t give a sh*t if you’re f*ckin’ Wyatt Earp or Jack the Ripper. Remember that guy in Texas? The guy up in that f*ckin’ tower that killed all these people? I’ll bet you green money that first little black dot he took a bead on, that was the b*tch of the bunch.” – Virgil

23. Vincenzo Coccotti: “Your son, the cowboy, it’s claimed, came in the room blazin’ and didn’t stop ’till they were pretty sure everybody was dead.”

Clifford Worley: “What are you talkin’ about?”

Vincenzo Coccotti: “Talkin’ about a massacre.”

24. Cody Nicholson: “All right, you’re all under arrest. Put the guns down!”

Monty: “F*ck you! All of you pigs drop your guns and back away.”

Lee Donowitz: “Monty, what the f*ck are you doing? Just put your gun down.”

Boris: “F*ck you, we can kill all of you *ssholes, and you know it now get your *ss on the floor!”

Lee Donowitz: “Boris, shut the f*ck up. We’re all gonna die here. These are cops.”

Boris: “So what? They’re cops. Who gives a sh*t? Hey, Lee, there’s something I never told you about me. I hate f*ckin’ cops.”

How Did Clarence and Alabama’s Love Story Influence You?

It can be a wonderful feeling and experience to meet someone who can change you. But, it depends on what kind of influence they bring about. Sometimes, these changes are for the better, but there will also be times when they’re not.

People, after all, have very different effects on us. Their intentions vary greatly, too! So, we need to be extra mindful of how each person we meet fits into our lives.

Despite the violent scenes in True Romance, it is a story about how love can make us do things we never thought possible. It shows us how we can influence those who love us and how they can be willing to do anything for us, even when it’s dangerous or difficult to do so.

In addition to that, the movie also highlighted how some people would do anything for money and power. They will never stop until they have all of the wealth, influence, and control that they desire. They can be ruthless, heartless, and dangerous just to get what they want!

At the end of the day, though, True Romance is about two people who find love, even with everyone going against them and their world crumbling down. With that, we hope this list was able to rekindle the spark of love in your life! Remember, love truly does make the world go round!