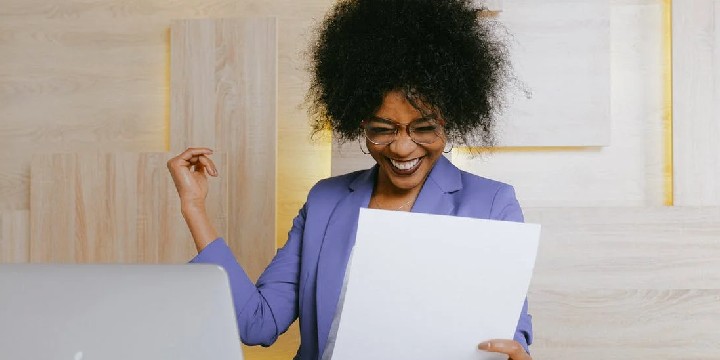 These success and failure quotes will encourage you to keep going and help you find the strength not just to survive but to thrive!

There are two kinds of people in the world of success. Some believe it’s better to try and fail than not try at all. Then, some think that success is about never failing.

Both sides have valid points, but if we think about it, success is not about never failing. People can go beyond failure and understand what they did wrong.

In this way, they will know how they can fix their errors and mistakes in a way that will make them successful.

However, not all people have a mindset like this. So, check out this collection to serve as your guide to improve your attitude about success and failure.

Our list below will help you see things from a new perspective and keep you on track with your own goals!

And make sure to check out these success quotes and diligence quotes.

2. “Success is most often achieved by those who don’t know that failure is inevitable.” – Coco Chanel

3. “It’s failure that gives you the proper perspective on success.” – Ellen DeGeneres

4. “Success is not final; failure is not fatal, it is the courage to continue that counts.” – Winston Churchill

5. “Failure is very difficult for anyone to bear, but very few can manage the shock of early success.” – Maurice Valency

7. “Successful people don’t fear failure but understand that it’s necessary to learn and grow from it.” – Robert Kiyosaki

8. “We need to accept that we won’t always make the right decisions, that we’ll screw up royally sometimes—understanding that failure is not the opposite of success, it’s part of success.” – Arianna Huffington

9. “It’s fine to celebrate success, but it is more important to heed the lessons of failure.” – Bill Gates

Inspirational Quotes About Success and Failure

12. “Failure will never overtake me if my determination to succeed is strong enough.” – Og Mandino

13. “Winners are not afraid of losing, but losers are. Failure is part of the process of success. People who avoid failure also avoid success.” – Robert T. Kiyosaki

14. “The only thing that separates success from failure is one last attempt. Try one more time, and you will get lucky.” – Apoorve Dubey

16. “Failure is the key to success; each mistake teaches us something.” – Morihei Ueshiba

17. “We’re born with success. It is only others who point out our failures, and what they attribute to us as a failure.” – Whoopi Goldberg

18. “Failure is so important. We speak about success all the time. It is the ability to resist failure or use failure that often leads to greater success. I’ve met people who don’t want to try for fear of failing.” – J. K. Rowling

19. “Success stories give us the message. Read failure stories; they give ideas and inspiration to succeed.” – Sachin Ramdas Bharatiya

20. “In the end, someone or something always gives up. It is either you give up and quit, or the obstacle or failure gives up and makes way for your success to come through.” – Idowu Koyenikan

Success and Failure Quotes for People Who Are Afraid of Failing

21. “The desire for success should be greater than fear of failure to succeed.” – Ebelsain Villegas

22. “If you are afraid of failure, you don’t deserve to be successful.” – Charles Barkley

23. “Let the fear of failure be the background noise of your success.” – Giovanni Dienstmann

25. “Every failure brings with it the seed of an equivalent success.” – Napoleon Hill

26. “Every failure is a step to success.” – William Whewell

27. “Failure is the condiment that gives success its flavor.” – Truman Capote

Insightful Success and Failure Quotes for a Good Mindset

31. “Develop success from failures. Discouragement and failure are two of the surest stepping stones to success.” – Dale Carnegie

32. “The person interested in success has to learn to view failure as a healthy, inevitable part of the process of getting to the top.” – Joyce Brothers

33. “Success or failure is caused more by mental attitude than by mental capacity.” – Walter Scott

34. “Part of being a man is learning to take responsibility for your successes and for your failures. You can’t go blaming others or being jealous. Seeing somebody else’s success as your failure is a cancerous way to live.” – Kevin Bacon

Wise Success and Failure Quotes to Keep In Mind

35. “You cannot climb the ladder of success dressed in the costume of failure.” – Zig Ziglar

36. “The road to success and the road to failure are almost exactly the same.” – Colin Davis

37. “Failure’s face is what I imagine it to be; thus, I choose to portray it as success.” – Marion Bekoe

38. “Many of life’s failures are people who did not realize how close they were to success when they gave up.” – Thomas Edison

39. “Good people are good because they’ve come to wisdom through failure. We get very little wisdom from success, you know.” – William Saroyan

40. “Success represents the 1% of your work which results from the 99% that is called failure.” – Soichiro Honda

43. “Failure is constructive feedback that tells you to try a different approach to accomplish what you want.” – Idowu Koyenikan

Poetic Success and Failure Quotes to Reflect On

44. “Failure is a king without a crown, and success is a crown without a king.” – P.S. Jagadeesh Kumar

45. “Success is stumbling from failure to failure with no loss of enthusiasm.” – Winston Churchill

46. “Failures, repeated failures, are finger posts on the road to achievement. One fails forward toward success.” – C.S. Lewis

47. “The season of failure is the best time for sowing the seeds of success.” – Paramahansa Yogananda

More Success and Failure Quotes That’ll Give You Courage

48. “Courage allows the successful woman to fail and learn powerful lessons from the failure. So that in the end, she didn’t fail at all.” – Maya Angelou

49. “Only those who dare to fail greatly can ever achieve greatly.” – Robert F. Kennedy

50. “Would you like me to give you a formula for success? It’s quite simple, really—double your rate of failure. You are thinking of failure as the enemy of success. But it isn’t at all. You can be discouraged by failure, or you can learn from it, so go ahead and make mistakes. Make all you can. Because remember that’s where you will find success.” – Thomas J. Watson

Do You Think You Can Succeed Without Failing?

Success and failure are always connected. That’s why if you want to be successful, you must understand that it’s normal to experience failure. Failure is never a hindrance to your success!

Both success and failure are built on each other and work together to make you a better person. So, never be sad when you fail. Instead, try to learn a valuable lesson from your failure and take it as your stepping stone to success.

The more you fail, the more you understand what success is. It will be hard to accept those failures at first, but you must realize that if you’re not failing, then you’re not trying hard enough. Take all these missteps as your signs to grow, improve, and become stronger than before.

Hopefully, this list of quotes was able to provide you with a new perspective on success and failure. Fail, but always get back up and try again until you reach success!