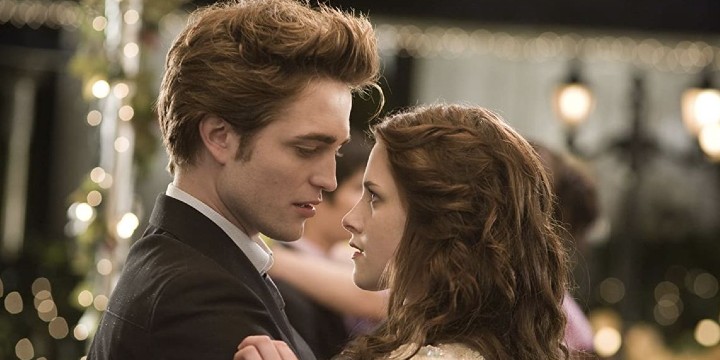 If you are searching for inspiration when it comes to love, then these 120 Twilight quotes will answer your queries.

When you are eyeing for a story that is about accepting differences, the Twilight series would give you a perfect example of it.

It is about two different people from different worlds, connected and bound to love one another.

They have proven that even vampires and humans can ignore their qualities when it comes to love.

Edward and Bella have said things that could inspire us to love again, love more, and love purely. These quotes are about a story of light and deep, true love within our hearts.

And don’t forget to check out these The Perks of Being a Wallflower quotes and Little Women quotes.

2. “It’s an extraordinary thing to meet someone who you can bare your soul to and accept you for what you are.” – Edward Cullen

4. “You don’t know how long I’ve waited for you. And so the lion fell in love with the lamb.” – Edward Cullen

5. “I don’t have the strength to stay away from you anymore.” – Edward Cullen

6. “Is it not enough to have a long and happy life with me?” – Edward Cullen

7. “I dream about being with you forever.” – Bella Swan

9. “You are the only one who has ever touched my heart. It will always be yours.” – Edward Cullen

10. “No measure of time with you will be long enough. But, we’ll start with forever.” – Edward Cullen

13. “I’m not afraid of you, I’m only afraid of losing you. I feel like you’re gonna disappear.” – Bella Swan

14. “Surely, it was a good way to die in the place of someone else, someone I loved.” – Bella Swan

15. “I did, only because of wanting you so badly. I still don’t know if I can control myself.” – Edward Cullen

16. “So you’re worried, not because you’ll be in a house full of vampires, but because you think they won’t approve of you?” – Edward Cullen

17. “I’m Eric, the eyes and ears of this place. Anything you need? Tour guide? Lunch date? Shoulder to cry on?” – Eric Yorkie

20. “It feels complete when you’re here, Jacob, like all my family is together.” – Bella Swan

Twilight Quotes That Will Make You Admire Bella Swan

21. “It’s not the face, but the expressions on it. It’s not the voice, but what you say. It’s not how you look in that body, but the thing you do with it.” – Bella Swan

22. “About three things I was absolutely certain. First, Edward was a vampire. Second, there was part of him and I didn’t know how potent that part might be that thirsted for my blood. and third, I was unconditionally and irrevocably in love with him.” – Bella Swan

23. “I’d never given much thought to how I would die. But dying in place of someone I love, seems like a good way to go. I can’t bring myself to regret the decisions that brought me face to face with death. They also brought me to Edward.” – Bella Swan

24. “Please don’t make me choose. Because it will be him, every time. It’s always been him.” – Bella Swan

28. “Your eyes were black the last time I saw you and now they’re like, golden brown.” – Bella Swan

29. “I made the cowardly lion look like the terminator.” – Bella Swan.

32. “Don’t be self-conscious. If I could dream at all, it would be about you, and I’m not ashamed of it.” – Edward Cullen

33. “You’re like my own personal brand of heroin.” – Edward Cullen

36. “I won’t stop you. I want this to happen because I want you to be safe. And yet, I want to be with you. The two desires are impossible to reconcile.” – Edward Cullen

39. “See, I tell you I can read minds, and you think there’s something wrong with you.” – Edward Cullen

40. “I like watching you sleep. It’s kinda fascinating to me.” – Edward Cullen

41. “When you walked past me, I could have ruined everything Carlisle has built for us, right then and there. If I hadn’t been denying my thirst for the last, well, too many years, I wouldn’t have been able to stop myself.” – Edward Cullen

42. “You really should stay away from me.” – Edward Cullen

43. “My life was an unending, unchanging midnight. How was it possible that the sun was rising now in the middle of my midnight?” – Edward Cullen

Twilight Quotes on Pain and Sorrow

44. “I’m the world’s most dangerous predator, Bella. Everything about me invites you in—my voice, my face, even my smell—as if I would need any of that, as if you could outrun me, as if you could fight me off. I’m designed to kill.” – Edward Cullen

45. “You’re alone because you’re faster than the others, but not stronger.” – James

46. “When life offers you a dream so far beyond any of your expectations, it’s not reasonable to grieve when it comes to an end.” – Edward Cullen

49. “I know that at some point, something I tell you or something you see is going to be too much. And then you’ll run away from me, screaming as you go.” – Edward Cullen

52. “I felt like I was trapped in one of those terrifying nightmares, the one where you have to run, run till your lungs burst, but you can’t make your body move fast enough.” – Bella Swan.

53. “Love gave someone the power to break you.” – Bella Swan

56. “I vividly remembered the flat black color of his eyes the last time he’d glared at me. The color was striking against the background of his pale skin and his auburn hair.” – Bella Swan.

58. “The entire family will be implicated if this ends badly.” – Rosalie Hale

61. “I leave you alone for five minutes and the wolves descend.” – Edward Cullen

64. “Bella, my acting is almost as bad as my hideous looks.” – Edward Cullen

65. “I had an adrenaline rush. It’s very common. You can google it.” – Edward Cullen

68. “You know, your mood swings are kinda giving me whiplash.” – Bella Swan

71. “Bachelor parties are designed for those who are sad to see the passing of their single days.” – Edward Cullen

73. “Yeah, it’s an off day when I don’t get somebody telling me how edible I smell.” – Edward Cullen.

82. “The hunt is his obsession. He’s never going to stop!” – Edward Cullen

83. “Well, then I hope you enjoy disappointment.” – Edward Cullen

85. “My decision was made, made before I’d ever consciously chosen, and I was committed to seeing it through. Because there was nothing more terrifying to me, more excruciating, than the thought of turning away from him. It was an impossibility.” – Bella Swan

86. “The little dark-haired girl’s Alice. She’s really weird. And um, she’s with Jasper, the blond one who looks like he’s in pain.” – Jessica Stanley

87. “That thing is kicking the hell out of her.” – Seth Clearwater

88. “Rosalie, Bella is with Edward. She’s part of the family now. We protect our family.” – Dr. Carlisle Cullen

90. “My family, we’re different from others of our kind.” – Edward Cullen

91. “Even though I don’t think too much of her, I’d probably do the same as the bloodsucker.” – Leah

92. “You’re impossibly fast. And strong. Your skin is pale white, and ice cold. Your eyes change color and sometimes you speak like you’re from a different time. You never eat or drink anything. You don’t go into the sunlight.” – Bella Swan

93. “You really should’ve figured that out a little earlier. I mean, why didn’t you just let the van crush me and save yourself all this regret?” – Bella Swan

94. “What did you expect, coffins, and dungeons, and moats?” – Edward Cullen

97. “Oh my God! It’s like first grade all over again, and you’re the shiny new toy.” – Jessica Stanley

98. “I have considered radioactive spiders and kryptonite.” – Bella Swan

99. “I can read every mind in this room apart from yours. There’s money, sex, money, sex, and cat. And then you, nothing. It’s very frustrating.” – Edward Cullen

Twilight Quotes From the Bestselling Novels

100. “No matter how perfect the day is, it always has to end.” – Stephenie Meyer, Author

101. “I like the night. Without the dark, we’d never see the stars.” – Stephenie Meyer, Author

104. “I can feel what you’re feeling now, and you are worth it.” – Stephenie Meyer, Author

105. “I decided as long as I’m going to hell, I might as well do it thoroughly.” – Stephenie Meyer, Author

106. “Speaking of which, would you like to explain to me how you’re alive?” – Stephenie Meyer, Author

107. “‘I hear voices in my mind and you’re worried that you’re the freak,’ he laughed.” – Stephenie Meyer, Author

109. “The right thing isn’t always real obvious. Sometimes the right thing for one person is the wrong thing for someone else. So, good luck figuring that out.” – Stephenie Meyer, Author

110. “So, did you stab Edward Cullen with a pencil or what? I’ve never seen him act like that.” – Stephenie Meyer, Author

More Twilight Quotes From the Novels to Get You Excited

112. “He called you pretty. That’s practically an insult, the way you look right now, you’re much more than beautiful.” – Stephenie Meyer, Author

114. “It’s twilight. It’s the safest time of day for us—the easiest time, but also the saddest. In a way, the end of another day, the return of the night.” – Stephenie Meyer, Author

115. “But this was no dream, and, unlike the nightmare, I wasn’t running for my life. I was racing to save something infinitely more precious.” – Stephenie Meyer, Author

117. “Unattainable and impossible, uncaring and distracted, but he was out there, somewhere. I had to believe that.” – Stephenie Meyer, Author

120. “I’m just going to do what I want now and let the chips fall where they may.” – Stephenie Meyer, Author

Did You See How Powerful Love Is Through These Twilight Quotes?

We can say that love is at its purest form if one accepts the other regardless of his imperfections and incompleteness. That was the lesson of the Twilight movies—to teach us the power of love. Even if we are distant, different, and incompatible from each other in some ways, we can still love.

Twilight is the period before the night arrives, the part between light and darkness. It also means a moment where we encounter confusing phases of our lives.

With these movies and books, all the uncertainties in the middle of twilight are ignored. Hence, they believe that love is worth the risk.

Do you feel the love from these quotes? Are you willing to sacrifice for love just like what Bella and Edward did? Comment below.