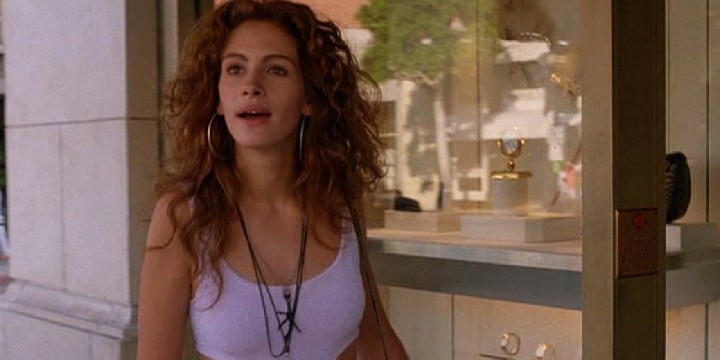 Read these Pretty Woman quotes for a glimpse into Edward and Vivian’s love story!

We all know about Cinderella, an orphaned young girl who meets and falls in love with the kingdom’s prince charming. It’s a sweet tale of how love overcomes all odds. This is also something we see in Pretty Woman, a classic American movie that does its take on this fairy tale.

In the movie, Vivian is a Hollywood prostitute, and Edward is a wealthy businessman. Because of certain untoward circumstances that happened to Edward before coming to Los Angeles, he hired Vivian as his escort to several functions.

Little did the two know that this would be the start of their love story! During the week they were together, they slowly but deeply fell in love. Indeed, Pretty Woman makes everyone believe that one can find love in the most unexpected places!

Learn more about the movie through the list below!

And make sure to check out these Jerry Maguire quotes and Casablanca quotes.

2. “Listen, I—I appreciate this whole seduction scene you’ve got going, but lemme give you a tip: I’m a sure thing, okay? So, I’m on an hourly rate. Can we just move it along?” – Vivian Ward

Edward Lewis: “Three thousand for six days, and, Vivian, I will let you go.”

6. “It must be difficult to let go of something so beautiful.” – Barnard Thompson

7. “You know you could pay me now and break the ice.” – Vivian Ward

8. “You and I are such similar creatures, Vivian. We both screw people for money.” – Edward Lewis

9. “Do you have anything in this shop as beautiful as she is?” – Edward Lewis

10. Edward Lewis: “So what happened after he climbed up the tower and rescued her?”

Vivian Ward: “She rescues him right back.”

Pretty Woman Quotes That Took the World by Storm

11. “Oh, honey, you know what’s happened? I’ve got a runner in my pantyhose. I’m not wearing pantyhose.” – Vivian Ward

Vivian Ward: “Oh, it was so good, I almost peed my pants!”

Edward Lewis: “She said she liked it better than Pirates of Penzance.”

Vivian Ward: “You could freeze ice on his wife’s ass.”

14. Vivian Ward: “I just wanna know who it works out for. You give me one example of someone that we know.”

Vivian Ward: “Do you remember me?”

Vivian Ward: “I was in here yesterday. You wouldn’t wait on me.”

Pretty Woman Quotes for the Romantics

16. Vivian Ward: “People put you down enough, you start to believe it.”

Edward Lewis: “I think you are a very bright, very special woman.”

Vivian Ward: “The bad stuff is easier to believe. You ever notice that?”

Edward Lewis: “I would have paid four.”

Vivian Ward: “What do you want it to be?”

20. Olsen Sister: “Edward is our most eligible bachelor; everyone is trying to land him.”

Vivian Ward: “Oh, I’m not trying to land him; I’m just using him for sex.”

Vivian Ward: “Then stop calling me.”

22. “People’s reactions to opera the first time they see it is very dramatic; they either love it, or they hate it. If they love it, they will always love it. If they don’t, they may learn to appreciate it, but it will never become part of their soul.” – Edward Lewis

24. Elizabeth Stuckey: “She’s sweet, Edward. Where ever did you find her?”

Have You Found the Person You’ll Love Your Whole Life?

Sometimes, love is elusive. However, it’s not impossible. We just have to keep our hearts and minds open to all possibilities.

In Pretty Woman, Edward and Vivian had to separate before realizing they were meant for each other. The same happens in life; sometimes, we don’t understand what we’re blessed with until it’s ripped from our hands. The sad truth is we don’t see the value of something—or someone—until we’ve lost it.

So, before it’s too late, we must show our appreciation for those we love—be it a family member, friend, or partner. We must also never let outside forces dictate who we can and cannot be with. Life is meant to be lived with people who make us feel joy, so who else has the right to tell you who to spend it with?

Pretty Woman is timeless because it integrates classic fairy tales with modern, real-life stories. With that, we hope we were able to give you some inspiration through this list of quotes we’ve compiled!