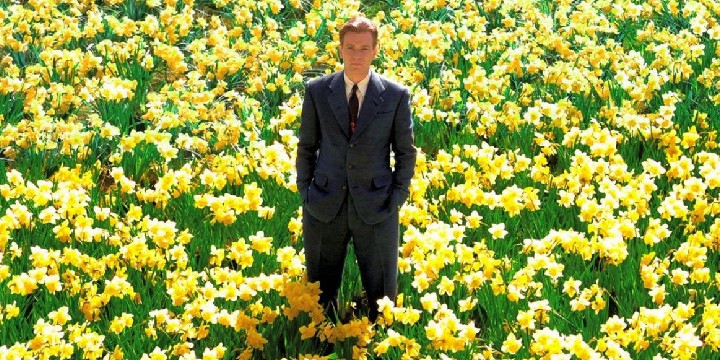 Life lessons are one of the things we always look for in a movie, so we’ve compiled these Big Fish quotes that’ll make you pause and contemplate things!

Everybody wants a good story to tell, especially if it’s one about their life. However, what if your tales already affect your relationship with your family?

Big Fish is about the reconciliation of William and his dying father, Edward. Because of his father’s hyperbolic stories, William thinks his father was never honest with him, which strains their relationship. But, after investigating his father’s tales, he begins to understand them before it’s too late, and they reconcile before Edward dies.

During his father’s funeral, the people from his stories share their memories with Edward. This time, the anecdotes are no longer over-the-top; they are encouraging and motivating for every lister.

Indeed, Big Fish is packed with life-changing morals. If you need some inspiration to help you get through the day, read our favorite quotes from the movie!

1. “A man tells his stories so many times that he becomes the stories. They live on after him, and in that way he becomes immortal.” – William Bloom

2. “There are some fish that cannot be caught. It’s not that they’re faster or stronger than other fish. They’re just touched by something extra. Call it luck. Call it grace. One such fish was ‘The Beast.’” – Edward Bloom

3. “Everybody’s there, and I mean everybody. And the strange thing is, there’s not a sad face to be found; everyone’s just so happy to see you.” – William Bloom

4. “They say when you meet the love of your life, time stops, and that’s true. What they don’t tell you is that when it starts again, it moves extra fast to catch up.” – Edward Bloom

5. “There’s a time when a man needs to fight, and a time when he needs to accept that his destiny’s lost, the ship has sailed, and that only a fool will continue. The truth is I’ve always been a fool.” – Edward Bloom

6. “You were a big fish in a small pond, but this here is the ocean and you’re drownin’. Take my advice, go back to Puddleville. You’ll be happy there.” – Amos Calloway

7. “Sometimes, the only way to catch an uncatchable woman is to offer her a wedding ring.” – Edward Bloom

8. “There comes a point when any reasonable man will swallow his pride and admit he made a mistake.” – Edward Bloom

10. “As difficult as it was to reach Spectre, I was fated to get there eventually. After all, no man can avoid reaching the end of his life. And then I realized, this wasn’t the end of my life. This isn’t how I die.” – Edward Bloom

11. Amos Calloway: “Tell me, Karl, have you ever heard the term ‘involuntary servitude?’”

12. “Fate has a way of circling back on a man, and taking him by surprise. A man sees things differently at different times in his life. This town didn’t seem the same now that he was older.” – Jenny

Big Fish Quotes That Will Live on Forever

Edward Bloom: “I have the rest of my life to find out.”

Norther Winslow: “This is why you should never show a work in progress.”

15. “I was trying to find a cure to my gigantificationism.” – Edward Bloom

16. “It was that night I discovered that most things you consider evil or wicked are simply lonely, and lacking in the social niceties.” – Edward Bloom

17. “In telling the story of my father’s life, it’s impossible to separate the fact from the fiction, the man from the myth. The best I can do is to tell it the way he told me. It doesn’t always make sense, and most of it never happened. But that’s what kind of story this is.” – William Bloom

18. “Have you ever heard a joke so many times you’ve forgotten why it’s funny? And then you hear it again, and suddenly it’s new. You remember why you loved it in the first place.” – William Bloom

Amos Calloway: “Oh, tough break. Well, most men have to get married before they lose their wives.”

Edward Bloom: “I’m gonna spend every day for the rest of my life looking for her. That, or die alone!”

Amos Calloway: “I know her uncle. Friends of the family.”

Edward Bloom: “Who is she? Where does she live?”

Amos Calloway: “Forget it, kid. Don’t waste your time. She’s out of your league.”

Edward Bloom: “What do you mean? You don’t even know me.”

Big Fish Quotes to Make You Pause and Think

20. “Perhaps the reason for my growth was intended for larger things. After all, a giant man can’t have an ordinary-sized life.” – Edward Bloom

Edward Bloom: “Did you ever think that maybe you’re not too big, but maybe this town is just too small?”

William Bloom: “Just yourself. Good, bad, everything. Just show me who you are for once.”

23. “Most men, they’ll tell you a story straight through. It won’t be complicated, but it won’t be interesting either.” – Edward Bloom

24. “I was thinking about death and all. About seeing how you’re gonna die. I mean, on one hand, if dying was all you thought about, it could kind of screw you up. But it could kind of help you, couldn’t it? Because you’d know that everything else you can survive.” – Edward Bloom

As children, fairy tales keep us entertained, and we get inspiration from them. They help shape us as we grow, and they hone our personalities and points of view.

In the movie, Edward tells his son exaggerated stories to entertain him and bring excitement to his life. In addition, he uses his tales to give William a more positive view of the world.

Big Fish is indeed a hopeful movie as it portrays a man with a better perspective on life. Regardless of the situation, he does everything possible to turn it into something exciting and learnable.

This kind of mindset is a must, as it keeps us resilient despite our troubles. After all, seeing things from a brighter perspective allows us to rise above any challenge.

With that, we hope we were able to help you gain a better perspective and a more positive view of life through this list of Big Fish quotes. If you ever need a boost, visit our collection once more!