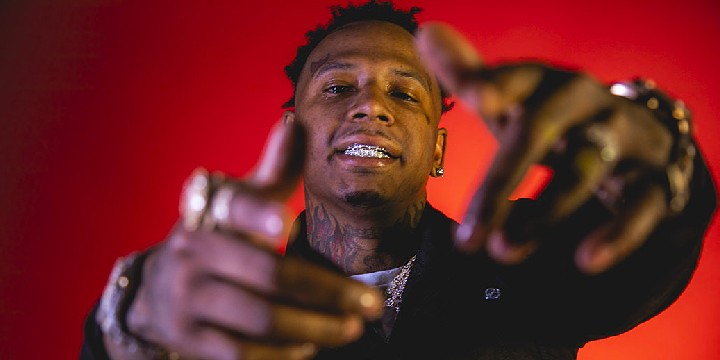 These Moneybagg Yo quotes will give you insight into how hard work changed the destiny of a young rapper from humble beginnings.

Moneybagg Yo, born DeMario DeWayne White, Jr., is a talented American rapper and songwriter. Following the success of his popular mixtapes, he was named one of the best hip hop artists in the music industry.

Despite being on the wrong side of the law a few times, he overcame trials and achieved his goals. He never lost sight of his purpose and dreams, and after a lot of hard work and dedication, he was able to rise to the top.

Read this collection to see how dedicated he was to find the silver linings in his life.

And don’t forget to check out these Rod Wave quotes and Lil Durk quotes.

1. “Only thing free in life is options.”

2. “Just because you took longer than others, doesn’t mean you failed. Remember that.”

4. “You gotta be stronger than your situation.”

5. “As soon as you stop chasing wrong things, I promise the right things gonna catch you.”

6. “I’m staying focused and positive no matter what can’t nothing throw me off.”

7. “Once you start making money, everyone starts becoming your friend.”

9. “Only thing worse than being broke is being comfortable with staying broke.”

11. “I love my kids, and you know what you are supposed to do. You know your responsibilities.”

12. “Just don’t let anyone judge you. Move at your own pace. Do things the way you want, and if people don’t get it immediately, then make them understand.”

13. “I’m at that point. ’Cause, you gotta give your family the time. You gotta try to fit it in some kind of way and find that balance.”

14. “I listen to R&B when I ain’t rapping. It’s soothing, it relaxes my mind, it takes me to different places, and it just opens up my brain.”

16. “Putting old habits behind me and moving forward at this point.”

17. “Just because a brother from the hood doesn’t mean he lacks knowledge.”

20. “Growing up, before I took rap seriously, the dope boys and the top kingpins in the streets were my role models. But then when I started developing a passion for music, people like Boosie, Juvenile, Gotti, Future, Wayne became them. Everything about their life, I just fell in love with.”

21. “I’m stuck in CEO-mode right now. I was looking to just put my brothers on, but it put me in a crazy position. So now that I’m doing that. When I ain’t focused on me, I’m focused on their music.”

Moneybagg Yo Quotes to Inspire You

22. “It’s not selfish to do what’s best for you, sometimes you need to put yourself first.”

24. “I just wanted to be more disciplined with the lifestyle and just. Oh, is this affecting me in this way? I’m gonna eliminate this. I’m gonna stop with this ’cause this does that. I want to do something. I wanna be like this so I have to strive for it. That’s what it is, discipline.”

25. “You can have the talent. It’s cool, everybody has the talent, but it’s more than that to be a successful star. You gotta be able to listen and take constructive criticism and different stuff like that, you know what I’m saying? And you just gotta be on time.”

26. “Everybody don’t see your vision, they don’t get where you’re going. You’ve got to force it on them, make them believe in you, and just keep doing you because you’re the only one that can see where you want to go. You feel me?”

27. “I feel like I waited 9, 10 months to put music together because I had to experience things, I had to live life, I had to go through the pain and overcome.”

28. “You had to just blank out, you had to just go into the studio and close your eyes and think about everything you’ve done. That’s what I did, just close my eyes and reflect back on everything.”

Insightful Moneybagg Yo Quotes About Life

29. “Stay focused. No matter what, keep pressing and pushing. They are not gonna understand and accept you when you first start but you gonna force it on ‘em!”

30. “When things are going great it’s only a matter of time before some bad happens ‘cause when you are on top it’s only one other way to go.”

31. “People never wanna support you when you struggling but when you up, they wanna f*ck with you.”

32. “You chase your dreams and you’re gonna be able to count all the money that’s gonna come to you. That stuck with me.”

Short Moneybagg Yo Quotes and Sayings

36. “I prefer loneliness than fake company.”

39. “I just wanna see everything blossom.”

41. “You building up, you gotta start from somewhere.”

Moneybagg Yo Quotes That Everyone Can Relate To

42. “Don’t hit my phone when my life starts to progress. ‘Cause all I wanted was a little support and y’all ignored me.”

43. “Sometimes you can’t even get mad ‘cause you already know the sh*t was gonna happen anyway.”

45. “I’ll go guard for anyone’s life, but I’ll go 10 times harder for someone showing me they’ll do the same for me.”

46. “I ain’t gonna bug, bother, or annoy anyone, so I feel my attention isn’t appreciated or being returned. I’m out ain’t gonna overstay my welcome.”

47. “And I’ma leave it at that, maybe one day we could laugh and talk that sh*t out but until then I’ma drop the situation.”

48. “Problem with me is—I was raised to care and never cross people that you genuinely got love for—but everybody ain’t raised the same.”

49. “Well, I ain’t even gonna lie, I used to wear fake jewelry when I was coming up, like trying to get on. But I just understood that you had to have that image as a rapper, as an artist, just to have the attention.”

52. “Motherf*ckers wonder why I be silent and sh*t. Because I watch every f*cking body 100%. I know who is sneaky, fake, and real based on your moves and actions.”

53. “I still did have half gangster, half pain, but I mixed them all together, so you get different vibes.”

54. “Some people only trying to make this amount of money, get in there and do that to do that. Some people trying to really go there, and some people just really have a passion for this situation and accept everything that comes with it.”

56. “You don’t even know what you are talking about, and then you got people in the world that really believe this stuff.”

57. “I know the end goal, so I’m not really tripping on the outside noise. I’m looking past that at this point.”

58. “I had to force my music on people for me to get to this point. I came up with my own little strategies, but I did it.”

64. “Man, I come straight out of the jungle, having nothing makes me humble.”

65. “I done turned another one up knowing I’m careless.”

67. “When it’s time to ride you loading up, ‘cause you’re a reflection of me shawty.”

68. “Take care of the block, pay the neighbors. Big *ss box under this chopper, we ain’t come to hook up cable.”

What Are Your Thoughts on Moneybagg Yo’s Songwriting and Rapping Abilities?

Moneybagg Yo is the type of performer who wants to be involved in every aspect of his music. When he released his first mixtape, Da Block 2 Da Booth, his career began to rise.

Since then, he has worked with various artists and released more hit songs that reflect his unique musical style. With that, he was able to garner considerable wealth from his different rap songs, albums, and mixtapes. Aside from music, Moneybagg Yo decided to take things a step further by launching his own clothing line.

One of the reasons he’s so successful is that he understands the value of patience. He is confident that all of his hard work over the years will be rewarded in due time.

Let these Moneybagg Yo quotes encourage you to give it your all and work hard to achieve your goals. It may take some time, but rest assured that it will be given to you at the right time.