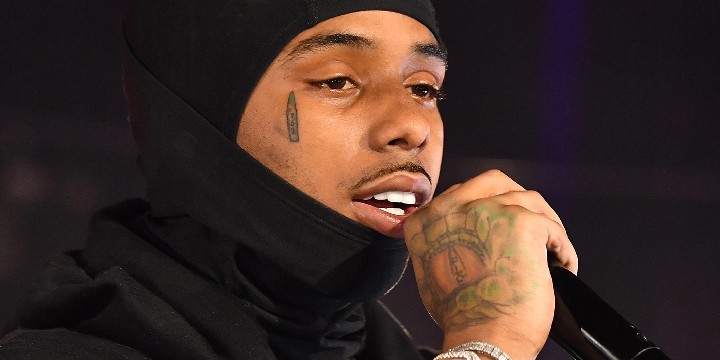 These Pooh Shiesty quotes will inspire everyone to pursue their ambitions, whether in the field of music or not!

Many new artists have been on the scene, but one of the most well-known might be Pooh Shiesty. As breakout artist of 2020, he collaborated with rappers and artists from different music labels. This helped his name become known in the industry.

Even if you’re not familiar with him, you might have heard of Back in Blood, which he released in 2021. Later on, he had a debut mixtape that topped music charts.

Most of his hits are inspired by his life’s hardships and how he confidently broke through each of them; this may even be why his music was so well-received!

With that, we’re sure these Pooh Shiesty quotes will boost your energy and inspire you to do better. Let the lines from his songs tell you how courage can bring success!

And don’t forget to check out these Lil Durk quotes and Chief Keef quotes.

1. “Been lit, been city famous. You did everything else but tried to put a song down. First song went crazy, and it’s been up ever since.”

2. “I’m still staying down. I ain’t at my peak yet. I ain’t trying to overdo it or any of that other sh*t. I feel like I’m gonna get bigger tomorrow.”

3. “Rappers were getting locked up, slowing down on rapping, messing up. It made it seem like I could jump in and do it. It was the lifestyle I was living. Like, you might as well rap; this is the only thing you ain’t did yet.”

4. “People were riding past me looking, and you could just feel it getting different. Things gotta switch up, can’t go over here no more. I’d be stuck somewhere or dead if I didn’t move different.”

5. “My school life was rough. I kept getting kicked out and expelled and stuff. I was smart, though. I always been smart. Even if I didn’t do my work, I was smart enough to pay someone to do it.”

6. “Being outside, and being on my own, listening to my own music was Lil Wayne and then Chief Keef. I watched Chief Keef come in the game, so I saw that big change and the impact he had.”

7. “We just had to find the time. It was well overdue. I wanted to show my whole versatility for fans and give them the full package.”

13. “God blessed me with some accuracy on the day I was birthed.”

15. “You gotta quit putting your trust in n*ggas who ain’t never rode.”

29. “Straight from the hood right to all platforms.”

30. “They were trying to stop me right there, but you know I stayed down and kept pushing.”

Did These Pooh Shiesty Quotes Give You the Strength to Continue On?

Many people say that the only way to find out what’s on the other side is to take a step forward. This may be scary, but as we learn from Pooh Shiesty, the uncertainties you encounter are all part of growth.

You will undoubtedly meet some challenges no matter what path you take, so learn to face them and use them to your advantage. This is similar to Pooh Shiesty’s risk when he started in the music industry. He received a lot of criticism, but it didn’t stop him from voicing his mind and heart through his music.

Pooh Shiesty is proof that experiences, good or bad, make one stronger and braver than ever. With this in mind, we hope that these quotes were able to help you toughen up and be more courageous when facing life’s curveballs. The next time you feel discouraged, feel free to reread this collection.

Which Pooh Shiesty quote was most relevant to you? Did we miss any of your favorites? Leave a comment below.