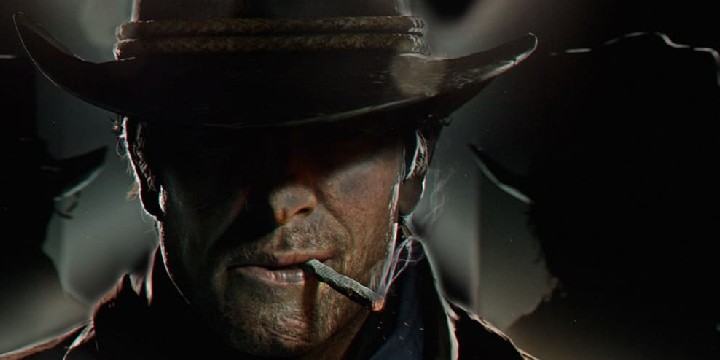 These top 70 Arthur Morgan quotes will push you to be responsible for your actions and face the consequence of your mistakes.

He is a high-ranking member of the Van der Linde gang. In the game, Arthur must cope with the Wild West’s decline while trying to survive against state forces and other opponents.

Depending on how you play Arthur Morgan, he can be quite a repulsive and horrible character.

So, are you excited to read his horrific and terrifying lines and learn more about his personality?

And don’t forget to check out these Assassin’s Creed quotes and Dark Souls quotes.

2. “You don’t get to live a bad life and have good things happen to you.” – Arthur Morgan

8. “You speak as if killing was something I cared about.” – Arthur Morgan

9. “Lack of something to feel important about is almost the greatest tragedy a man may have.” – Arthur Morgan

11. “Humanists are not characteristically strong in faith, hope, and love.” – Arthur Morgan

14. “Hell, I ain’t got much to lose, but you gotta do what’s right and cut some loose. John and his family, I’m afraid I have to insist.” – Arthur Morgan

15. “I feel like you should take your woman and child and get lost.” – Arthur Morgan

16. “You ugly bastard—you got old and kinda sad. No wonder they all leave you.” – Arthur Morgan

17. “Get the hell outta here and be a goddamn man!” – Arthur Morgan

19. “Some jobs aren’t for saving, and some legacies are for pissing on.” – Arthur Morgan

22. “Maybe we should cut you open, and count the rings of whiskey.” – Arthur Morgan

25. “We just got plenty of time, Micah. We all need to have a little chat.” – Arthur Morgan

29. “I had a girl who loved me—I threw that away. My momma died when I was a kid, and my daddy—well, I watched him die. And it weren’t soon enough.” – Arthur Morgan

30. “You are the only feller who got half of their brain eaten by wolves and ended up more intelligent.” – Arthur Morgan

Funny Arthur Morgan Quotes That Will Make You Giggle

34. “Five thousand dollars? For me? Can I turn myself in?” – Arthur Morgan

37. “Next time, let the wolves eat all your brain—then you’ll be a genius.” – Arthur Morgan

39. “Women voting? Sure, why not? Anyone dumb enough to wanna vote, I say go for it.” – Arthur Morgan

43. “More and more of civilization—what a mess we’re making of things.” – Arthur Morgan

45. “Nothin’ means more to me than this gang. I would kill for it. I would happily die for it. I wish things were different, but it weren’t us who changed.” – Arthur Morgan

47. “When the time comes, you gotta run and don’t look back.” – Arthur Morgan

49. “In the end, Micah, despite my best efforts to the contrary—it turns out I’ve won.” – Arthur Morgan

52. “You can—you could give something to Jack. It’s that or—well, I don’t see no way outta this.” – Arthur Morgan

55. “We got lawmen in three different states after us.” – Arthur Morgan

56. “I think, as a general rule, Dutch likes to avoid murder within the camp.” – Arthur Morgan

63. “I believe there’s winners and losers, and nothing else beside.” – Micah Bell

64. “Nobody’s taking nothing from me ever again!” – Sadie Adler

65. “We should have killed him months ago.” – John Marston

66. “Guess about all I got left now is doubts. Doubts and scars.” – John Marston

67. “If you lack the stomach to kill for the revolution, at least show me you are willing to die for it!” – Vladimir Reznikov

68. “Why are you so interested in my life? Haven’t you got one of your own?” – John Marston

69. “They’re chasing us hard, because we represent everything that they fear.” – Dutch van der Linde

70. “I sometimes wonder if things are ever the way we remember ’em, if we were ever who we thought we were.” – John Marston

Which of the Quotes Above Did You Enjoy the Most?

Arthur was adopted by Dutch van der Linde and Hosea Matthews after his parents died. They taught him to read and write, as well as how to hunt, shoot, and ride a horse. He learned to live free of civilization’s constraints.

The game follows the gang’s demise as it is investigated by lawmen, other gangs, and Pinkerton agents. And in the game, Arthur can be a caring or evil man depending on the actions and choices made by the player.

We must remember that we cannot expect good things to happen to us if we continue to do bad things. Through Arthur Morgan, we learn that there are consequences to every action we take.

Have you played Arthur Morgan’s character? Which quotes were most relevant to you? Please, leave a comment below!